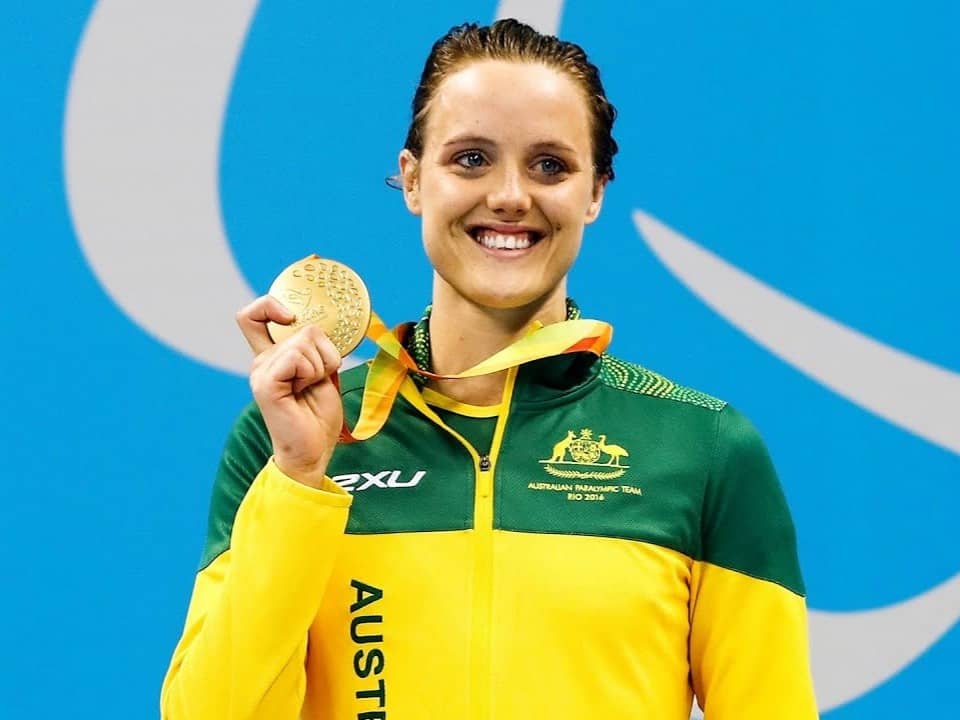 Ellie Cole is a wheelchair basketball player and Paralympic swimmer from Australia. She trained in swimming as part of her rehabilitation program after having her leg amputated due to cancer, and she developed faster than her instructors had projected. She is a courageous young lady.

Don Cole gave birth to Ellie Cole on December 12, 1991, in Melbourne, Australia. Her father was sporty and her mother and grandfather were both swimmers. She was diagnosed with a rare sarcoma wrapped around the nerves of her right leg when she was two years old. Her right leg was amputated above the knee on February 14, 1994, after futile chemotherapy procedures failed to treat her malignancy. Cole’s mother, Jenny, enrolled her in swimming lessons eight weeks after the surgery as part of her rehabilitation.

Cole’s tutors estimated that learning to swim in a straight line would take her up to a year, but it only took her two weeks. ‘Rising Phoenix,’ a documentary film on the Paralympic Games set to be released in 2020, included her. Ellie went to Frankston High School and Mount Eliza North Primary School, both in the Melbourne suburb of Frankston. She graduated from Australian Catholic University with a Bachelor of Health and Exercise Science. She was a bright young lady with a lot of potentials.

Ellie Cole started her professional career after her graduation. Cole’s amputation places her in the S9 group in swimming, which also includes swimmers with joint impairments in one leg and those who have double below-knee amputations. She started swimming competitively in 2003 and competed in the 2006 IPC Swimming World Championships in Durban. In 2008, Cole was selected for the Australian Paralympic Swim Team. Cole competed in the 2009 Australian Short Course Swimming Championships in Hobart in the 100 m freestyle multi-disability event on August 12, 2009. This competition serves as a qualifier for the IPC Swimming World Championships, which are organized by FINA, the International Swimming Federation.

She then competed in multi-class events at the 2012 New South Wales State Open Championships. Cole competed in eight events in the 2012 London Paralympics. In her debut event, the 100 m Butterfly S9, she finished fourth, behind South African Natalie du Toit. Cole, on the other hand, won the 100 m Backstroke S9 the next night. Cole brought the games to a close. She had two shoulder reconstructions after the London Paralympics, which put her swimming career in jeopardy.

The IPC Swimming World Championships were held in 2015. Natalie du Toit’s world record of 29.04 was broken by her timing of 28.75. With a time of 4.16.65, Cole, Maddison Elliott, Lakeisha Patterson, and Ashleigh McConnell set a new world record for the Women’s 4 100 m Freestyle Relay 34 Points. Cole had a difficult time in the lead-up to the Paralympic Games in Rio. She won the Women’s 100m Backstroke S9 and the Women’s 400m Freestyle S9 at London’s 2019 World Para Swimming Championships.

Ellie Cole is not currently involved in any type of relationship. She is not married and has no children, as far as we know. She is completely devoted to her work and profession, and she is constantly striving to better. Ellie has 28.6K followers on Instagram and 616 followings with 626 posts under the ID @elliecoleswim. She has 4,229 followers and 593 followings on Twitter, where she has been since September 2012.

Ellie has a total net worth of $1 million which she earned entirely through her hard work and dedication as a professional Paralympic swimmer and wheelchair basketball player. She is a career-oriented person with a strong work ethic.