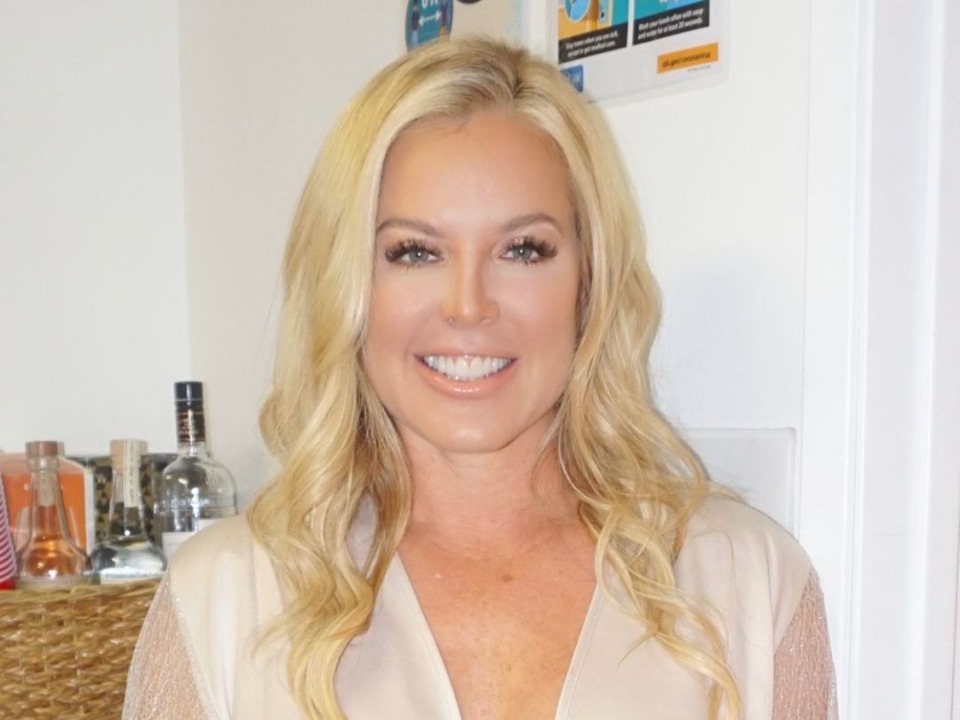 Elizabeth Lyn Vargas is a businesswoman, a social media influencer, and an American TV personality who is best known for starring in season 15 of The Real Housewives of Orange County. Elizabeth runs the Edge Music Network which is an online music company.

Elizabeth was born on 22nd March 1975 and spent her childhood in Missouri, United States. Though in order to fulfill her dreams she had to live far apart from her family home. Her father was a businessman and her mother’s profession is not yet known. She also has a sister named Anna and has shared some pictures of her sister’s wedding on her social media handles. Elizabeth completed her graduation from a local private school. She started running her own business right after she graduated.

She is a really hard-working woman. She is the CEO of an online music company Edge Music, but the US reported that unfortunately as of July her business was struggling. After some time she announced that she will be launching a premium liquor brand called Vargas Vodka, which will be available in December. In one of her Instagram posts, she also mentioned that her vodka brand was firstly inspired by the Spanish explorers Elizabeth conciliates the digital rights agreements for fair and impartial revenue share and distribution. She became more prominent after starring in the well-known reality show the “Real Housewives of Orange County.”

Elizabeth Lyn Vargas has 22.7k followers on her Instagram. Apart from her OC lifestyle, she is also a social worker as she runs her own NGO called no-kill shelter for animals. On the other hand, she relatively has fewer people following her on Facebook and Twitter.

Elizabeth was married at one point, she was married to Bert Bodal who is a Norwegian businessman. He is also the CEO and holds the majority of shares of American seafood. Both Elizabeth and Bernt were married to each other for twenty years but when the current season of RHOC was being filmed, Elizabeth was in the middle of a divorce. In July she stated on her Instagram story that her divorce had been finalized in the month of July.

After splitting from her husband BerntBodal, the new Real Housewives of Orange County found new love with her current boyfriend, Jimmy Juarez. But according to an interview their relationship has raised some eyebrows after Vargas revealed details about her sex life. She said despite being in a relationship, they have never had sex. In one of her interviews, she quoted they both just want their relationship to work and also mentioned that her boyfriend genuinely cares for her and she also mentioned that Jimmy is a great company.

Elizabeth kept functioning as the CEO of an online music organization, later she decided to run a digital music network after experiencing the music industry. This all lead her towards making her net worth $30 million as of date. Also, her previous spouse had paid $3.5 million for a residential property.