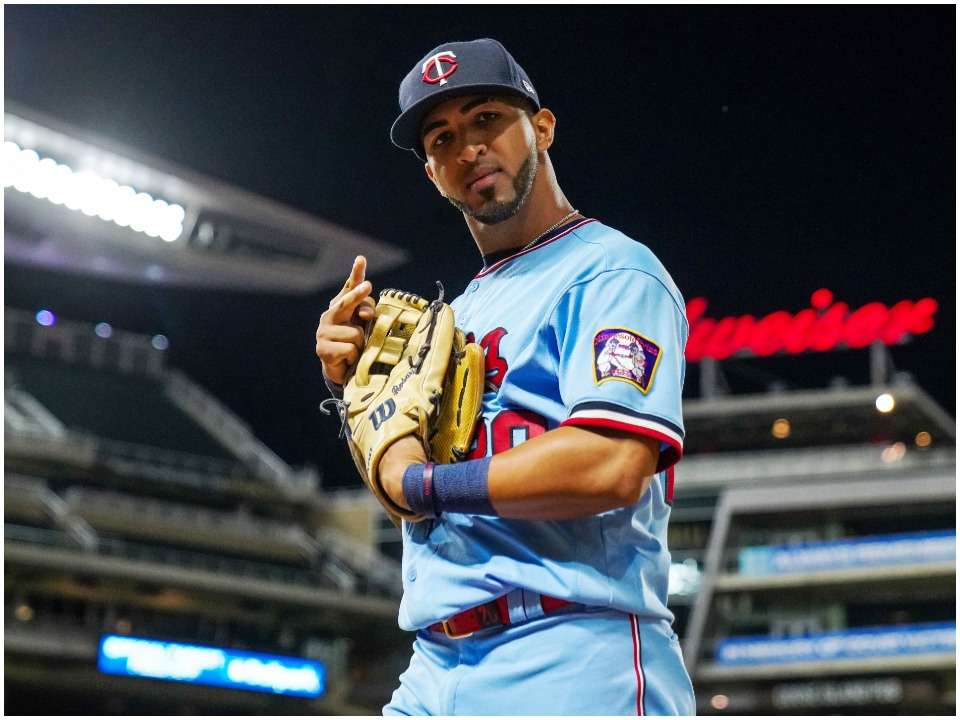 Eddie Rosario is a Puerto Rican professional baseball player who plays for the Atlanta Braves of MLB. In the past seasons, he played for the Minnesota Twins as well as Cleveland Indians. Apart from this, he also represented Puerto Rico in the world baseball classic edition of 2013 and 2017 where he won a silver medal both times. After 2013, Rosario received a 50-game suspension after he was found with a banned substance. He made his debut with the major league in 2015 while hitting a home run in his first at-bat.

Eddie Rosario was born on 28th September 1991 to his parents named Eddie Sr. and Maria. He was brought up in Guayama, Puerto Rico. Apart from this, there is no information available regarding his early life including education as well.

Rosario was selected by Minnesota Twins in the fourth round of the MLB Draft 2010. He first played his minor league baseball in 2010. Eddie advanced through the farm system of the Twins by first reaching in Double-A in 2013 and then in Triple-A in 2015. He has played several seasons while being in Puerto Rican Winter League. He has also played in the Arizona Fall League in 2013 and 2014. Rosario made his debut with the major league on 6th May 2015. He played 122 games for the Twins.

Despite being called upon a month into the season, he led all of the baseballs in the triple with 15 and was nominated as being the second in the outfield assists with 16. He finished his rookie campaign with an average of .267 and rushed for 13 home runs. On 30th July 2021, he was traded to Atlanta Braves along with the cash. On 19th September, he hit the cycle against San Francisco Giants. In 2021, he battled for .259/.305/.435 with 14 home runs and at least 62 RBIs.

Eddie Rosario is married to Milany Rosario. The pair has been together for many years. They together have three children named Mileiddy, Raydieliz, and Lucas. Milany seems to be private and has not disclosed much information about how the pair started their life while being together. Milany Rosario seems to be in her late 20s or early 30s. She has been a frequent user of Instagram where she often used to post pictures of herself with Eddie. She used to celebrate her birthday on 26th March with her friends and families which appeared from her Instagram account. Milany is an active Instagram user but doesn’t tell much about her personal life. There are no details about their wedding and any relationship history. It is believed that she lives a comfortable life with Eddie and has maintained a moderate lifestyle.

On 4th February 2021, Eddie Rosario made a contract with Cleveland Indians that was worth $8 million. The contract was made with an extension of one year. However, Eddie is presumed to have a net worth of around $50 million. Whatever he earns comes from his baseball career. This amount may further include his endorsements, commercials, and other assets.