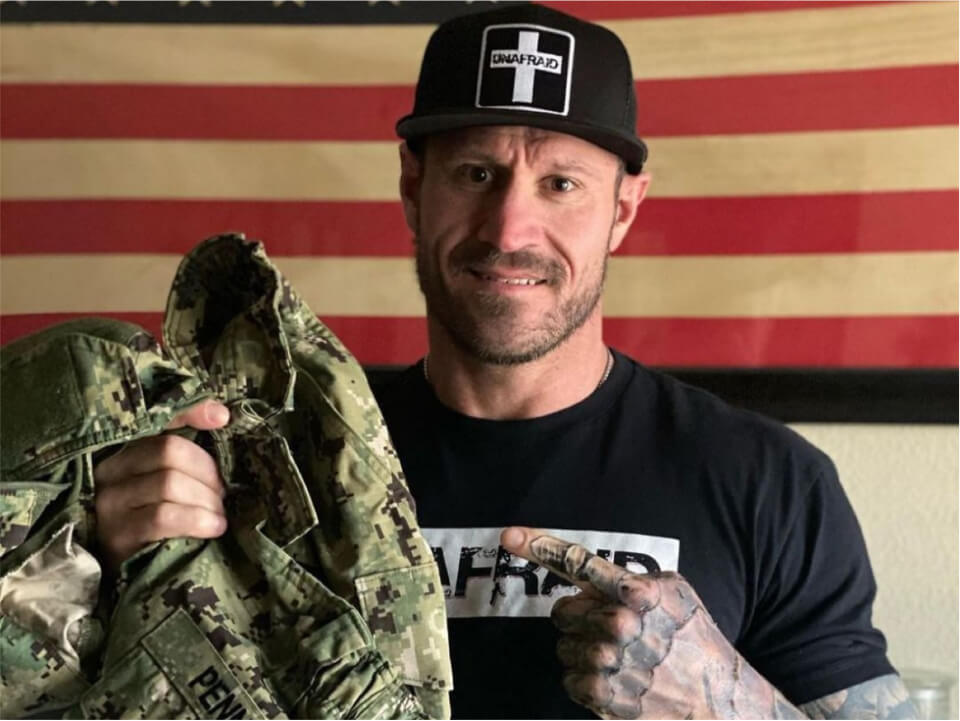 Eddie Penney is an American personality who spent nearly 20 years in the US military and later became the founder & CEO of Contingent Group- the company involved in Global Security Service Provider. Before making his career in the CEO position, he was a Marine infantryman and Navy SEAL. He completed nearly seven combat deployments during the Global War on Terrorism. Five of those deployments were the US’s most elite units. Today, Eddie is a motivational speaker, mentor, founder, CEO, husband, and father of five children.

Eddie Penney was born in 1978 in Mansfield, Texas and he completed his education at American Military University. He received his degree in Bachelor of Arts- Security Management. He has received his certification as a fitness trainer from (ISSA) International Sports Sciences Association and EMT Emergency Medical Technician from Tidewater Community College. Despite all of his degrees and certificates, Eddie is a professional speaker of French and English language.

Eddie began his career in 1996 when he was hired by United States Marine Corps and continued the position for four years as an Infantryman and an Urban Terrain Instructor. During this time, he taught the young officers various subjects, including security basics, operations & tactics, situational awareness, and calm reactions in emergencies. Later, he fulfilled the responsibilities of the US Navy and continued to be in the same position for nearly 16 years. From 2000 to 2016, he managed his Navy duties based in Norfolk, Virginia, Area.

Since January 2013, he has been working as the CEO and founder of Contingent Group. The firm has been involved in the global security service provider field. The company serves customized security measures and helps individuals with their assets, properties, and events. Depending on the client’s needs, it makes them go through fully-fledged service programs and complete protection.

Today, Eddie has developed himself into a different professional, including- Retired Navy SEAL Tier 1 Operator and Marine, CEO & Founder of Contingent Group, Public Speaker, and featured on numerous Podcasts. Despite all these professions, he is also a creator of the “Unafraid Mindset Brand” and is working on preparing himself for another domain, chef.

Eddie is available on LinkedIn @eddiepenney with nearly 2K followers and more than 500 connections. On Instagram, he is known by the name @eddie.penney, where he has described his bio as “Entrepreneur, Unafraid Author, BRAND & Podcast, Navy Seal Ret. and Marine”. He has almost 161K followers on his Instagram profile with just 2800 posts.

Eddie has been married to Amanda Penney, who is available on Instagram by the name @a.penney_. She has described herself in her bio as – “Patience.Grace.Preservence.Growth”. Around 22nd December, she had her last post, where she posted a video showing the pictures of her younger daughter (beginning from age 2) on her 11th birthday with a long described caption. On 25th November 2022, the couple shared a loving family picture, including two boys and one daughter with granny.