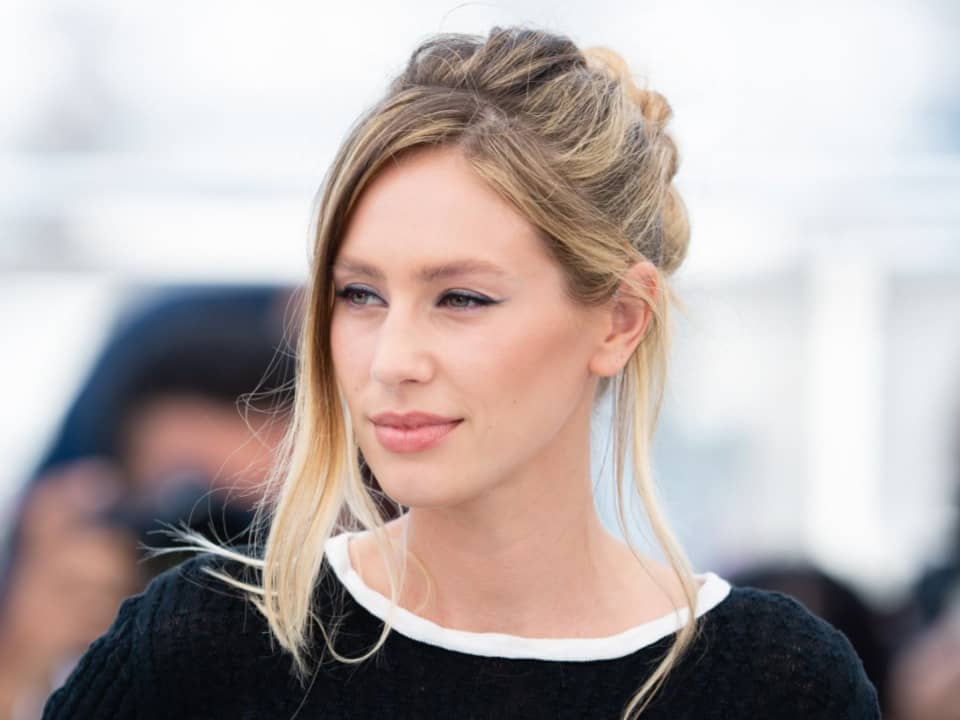 Dylan Penn is a beautiful and talented American Model. She is famous among youngsters for her beautiful looks and her smile. She has appeared in an American comedy-drama film ‘Elvis & Nixon’. Dylan has also been part of many modeling campaigns and featured herself in various magazines.

Dylan Frances Penn was born on 13th April 1991 in Los Angeles, California. She is the daughter of famous American actor-director Sean Justin Penn and actress Robin Wright. She was raised in the small town Ross in Marin County of California with her younger brother Hopper Jack.

Being born to famous actors, from an early childhood she wanted to build her career as an actress. She even dropped out of university for her dreams but her parents were not in support of her decision and they denied giving her any financial support in the future. Not having enough money after that, Dylan worked as a pizza delivery girl, as a freelance screenplay editor, and as a waitress.

After a long time of hard work and doing multiple different jobs, Dylan got her first modeling contract in 2013 which was for a famous clothing brand ‘GAP’. She also appeared in an international American men’s monthly magazine ‘GQ’ in the same year. In 2014, she got featured in a fashion magazine ‘W’ and a worldwide lifestyle magazine ‘Ellle’. She also worked for famous photographer Tony Duran and in the seventh issue of the erotica and fine arts magazine treats!

In 2014, she got ranked at #68 on Maxim’s annual Hot 100 list and at #93 in the AskMen.com 99 Most Desirable Women. Dylan played a role in Nick Jonas’s music video ‘Chains’ at hotel Alexandria. She played the role of biker woman with Poppy Delevingne for shoe designer Stuart Weitzman shot by Julia Restoin Roitfeld for Paris Fashion Week. In 2015, she appeared on the cover of L’Officiel and Asos. Dylan made her movie debut in the horror film ‘Condemned’ directed by Eli Morgan Gesner. She was given the role of girlfriend of a band member living in a rundown building. Dylan did many films after that like Elvis & Nixon, GenRX and Unfiltered, and Flag Day.

According to the sources, Dylan is known to be single these days but, earlier she was in a relationship with famous actor Steven. R McQueen. She was also rumored to be the girlfriend of a British actor Robert Pattinson but later she cleared it by telling to media that they are good friends.

Dylan has come a long way and she is a successful model and an actress. She has earned huge fame and wealth till now. She owns an estimated net worth of $4 million which includes her earnings from modeling contracts and movies.