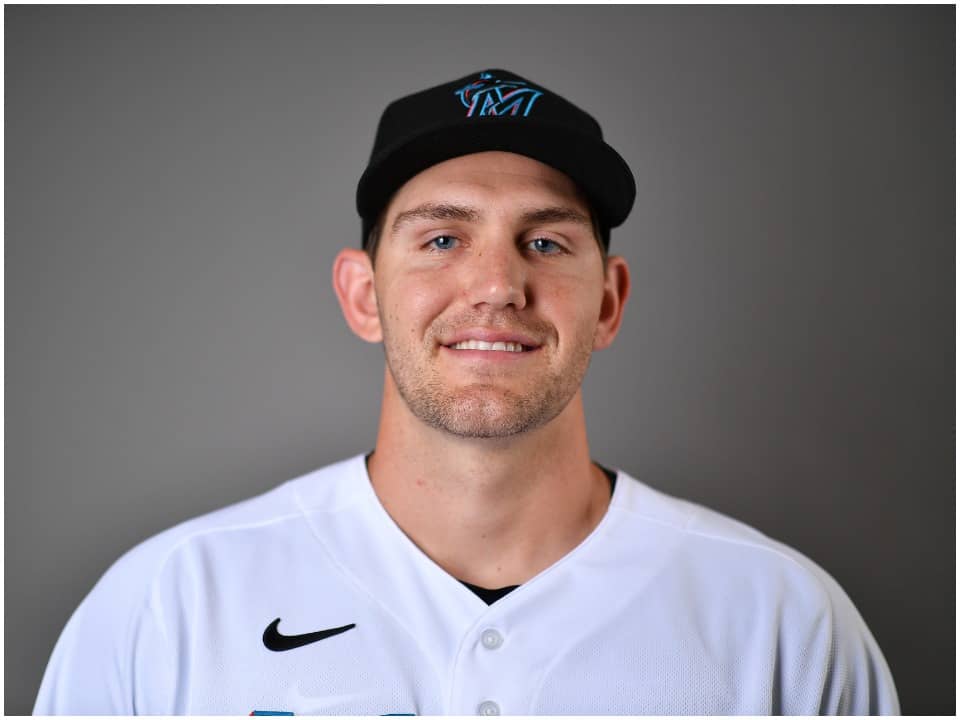 Dylan Lee is an American baseball player currently playing at the pitcher position for the Atlanta Braves team at MLB. He has had a successful college career and was a highly ranked prospect. Known for his amazing pitching gameplay, he is one of the most promising players currently on the team.

Dylan Lee was born on 1st August 1994 in Dinuba, California, USA. He has not shared about his family or parents and thus there is not much available about his family or their occupations. However, he is believed to be a Christian and of white Caucasian ethnicity. Dylan completed his high school education at Dinuba High School in his hometown. Later he attended the College of Sequoias in Visalia, California for his collegiate career where he stayed till his sophomore year. Later, he played his junior and senior of college with Fresno State University.

Dylan maintained a great college career record after which he came out as a highly rated prospect. He then chose to play forward with the College of Sequoias and later with Fresno state where he maintained his form and ended his college career with high ratings. He participated as a prospect in the 2016 MLB draft and was selected in the 10th round by Miami Marlins. As a professional, he started playing with minor league teams like the Gulf Coast Marlins and Batavia Muckdogs in his first season. The following year, he played with another minor league team Greensboro Grasshopper and maintained a 4.85 ERA. The next few years, he played for Jupiter Hammerheads, Jacksonville Jumbo shrimp as well as New Orleans Baby Cakes in the minor leagues until the 2020 season was cut short due to the Covid-19 pandemic.

The same year, he was waived off by the team without being able to debt in the major league. He then signed with Atlanta Braves as a minor league player and started playing for teams like Gwinnett Stripers maintaining a 1.58 ERA. He was soon promoted to the major league in the later half of 2021 and made his debut against New York Mets. Recently, he joined the team in the National League Division series as a replacement for Huascar Ynoa and also helped the team to advance to the World Series. In the more recent game, he was named as the starting pitcher against Houston Astros however; he was summoned back only after throwing four pitchers which made him record the shorted innings in world history. He also became the first pitcher to make his major league debut through the world series.

Dylan has been secretive about his personal and dating life and has not shared any information about his relationships yet. There has not been any rumor on any of his past relationships as well but we are constantly trying to find about the same. He has been active on Twitter since 2016 and currently has a following of 2664 followers. other than this, he is not known to be active on any other social media platform like Instagram or Facebook.

Dylan Lee has been playing professional baseball since 2018 and has been earning generous income through minor leagues. He has recently started his major league career and is believed to earn more income. His net worth as of 2021 is estimated to be around $1.5 million but the information is not official yet.