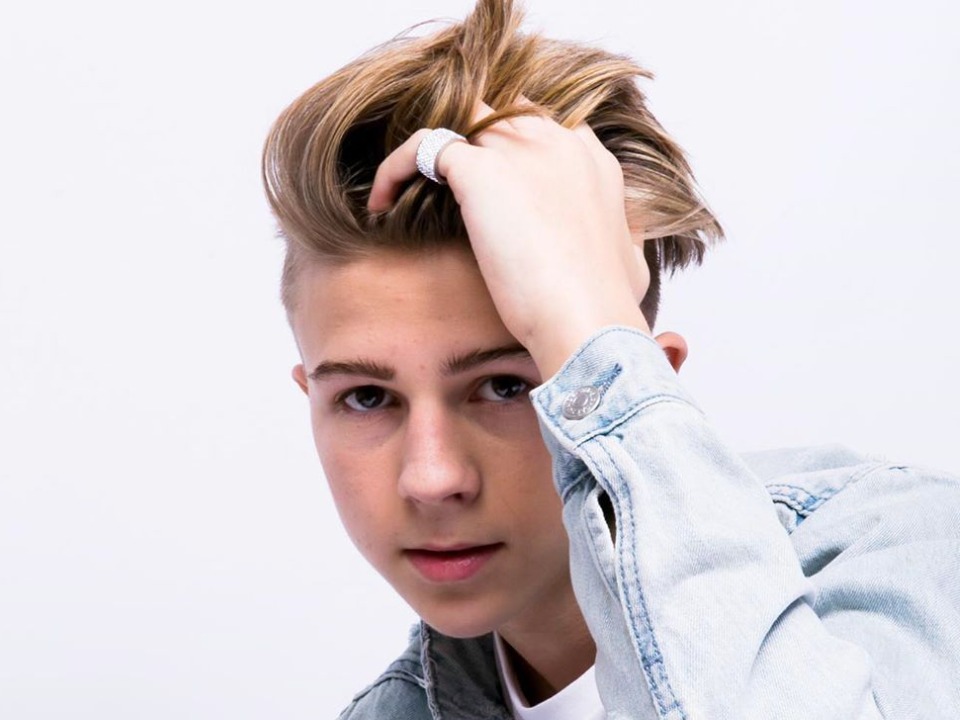 Dylan Hartman is a very young and talented content creator, musician, and actor. He is majorly popular for his short lip-synced and random videos that he posts on TikTok and Instagram. At this young age, he is acing at multiple professions by being an actor, content creator, musician, model, Instagrammer, and TikTok star altogether. He even played as a DJ at a school summer camp, his interest in music was reflected from his initial years. Other than that, he is adored for being a lively person and sources have reported that he loves to make laugh people around him.

Dylan Hartman is born on the 29th of December, 2004 in Philadelphia, Pennsylvania, United States of America, and is currently residing at the same. Although having a social personality he has never revealed any of his family members’ names, yet sometimes his mother is featured in his videos and seems to be very close to him. It is believed that he is the only child his parents have and has got all the love and support from his family.

It’s also reported that he had an interest in music started from his early years when he got to play a DJ at a summer camp. As he likes keeping his personal life to himself and his close ones, his education is also unknown to date, but his desire of pursuing acting instead of attending college after high school is certain. Apart from music and acting, he relishes bowling and swimming, also he is a die-hard fan of sports like football, hockey, and baseball and even played these sports before getting fame.

The initial stage of his career started with posting short lip-synced videos on the musical.ly app (renamed as TikTok) which got him a massive fan following. His most viewed videos are ‘Spin Transition Tutorial’, ‘How to make $100 as a kid’, and ‘How to become famous on Musical.ly instantly’. Later he started using other social media platforms which helped him in growing his fan following. In 2018 he got the opportunity to perform on the Boys of Summer Tour 2018, next as a supporting act on Mark Thomas’ Tour which took place from 21st of July to 19th of August.

In 2019, he started releasing his singles named “Love like us” and “End of the Night”, next ones in 2020 “High”, “Circles”, “She Knows”, “Can’t touch this” and “Can’t lose tonight” being the latest. He sees HRVY as his prime inspiration. He has been working with Madison Lewis, Riley Lewis, Blake Gray, and many such celebrities. His desire of being an actor came true when he got his first break in the movie “An American Hate Crime” in which he got to play a gay teen character named “Noah”. Currently, he is managed by a Los-Angeles based talent agency “Vivid Management” and is also in association with “Parimore Entertainment”.

Being a social media star he has an immense fan following on all social media platforms. He has earned himself over 900,000 followers on TikTok, more than 54k followers on his Twitter page which he created on the 5th of April, 2016, around 1.50k subscribers on his self-named YouTube channel created on 16th of October, 2016.

Dylan Hartman being just 16 years old is obviously not married or engaged to anyone right now. Just like other essential factors of his life, he has not spoken about any girlfriend, though he is seen kissing a girl in his music video which made his fans very jealous. The only information he revealed was that he had dated a girl in his 5th grade for a few months. Apart from love life, he seems to share a very close bond with his friends alike other teenagers.

He has earned a great deal of fame for himself through his multi-talented personality as a social media star, content creator, musician, actor, and model at such a young age. A specific amount of salary cannot be determined in his field of career but his net worth is estimated to be $0.2 million.