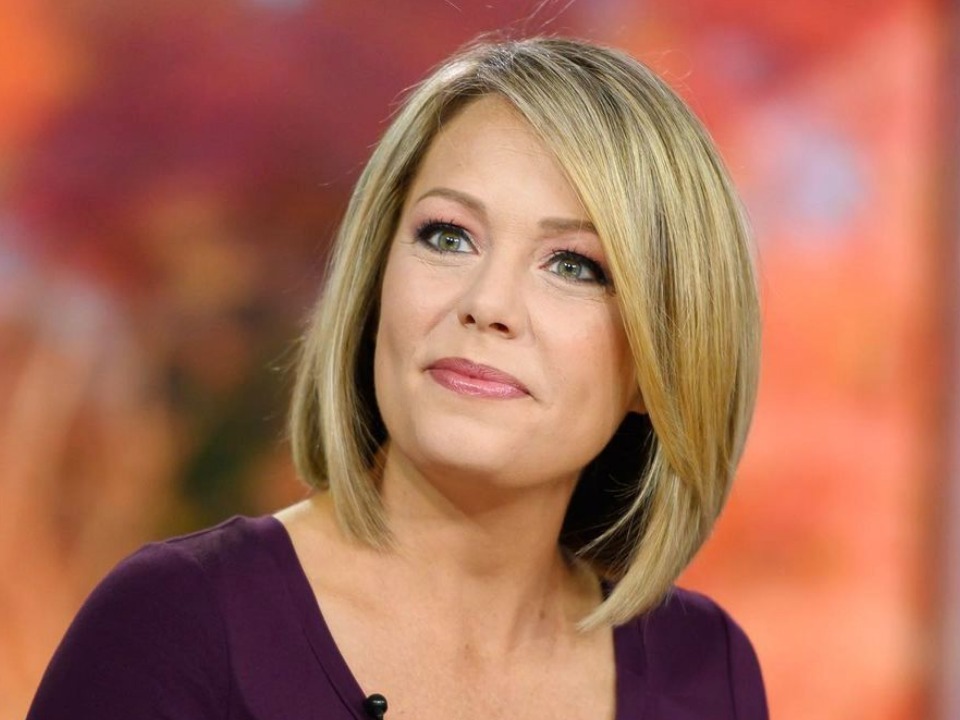 Dylan Marie Dreyer is an American television meteorologist employed for NBC News. She is one of the most popular meteorologists in America. She is quite good at her job constantly traveling across the country to cover one natural disaster to the other. Hurricane Irma and Harvey were very stressful for her where she even got scared while covering the category 5 hurricane Irma. In the recent news update, she is pregnant with a third child and it’s a boy.

Dylan Dreyer was born on 2nd August 1981 in Manalapan, New Jersey, USA. Dylan got her first ever job at an ice-cream corner called Jake’s Cree-Mee Freeze in her hometown of Manalapan, N.J. She is of Caucasian ancestry. Dryer educated at Manalapan High school graduating in 1999. She then attended Rutgers University where she graduated in 2003 with a B.Sc. degree in meteorology. She worked as a weather anchor for Rutgers T.V. network and radio station while in college.

After her graduation, she worked at WICU in Erie, Pennsylvania, WJAR in Providence and Rhode Island. She broke into the mainstream in September 2012 when she joined NBC News as a meteorologist after having worked at the now-former NBC station WHDH in Boston, Massachusetts since 2007. She currently works as a weather anchor and rotates along with Sheinelle Jones in the Orange Room on Weekend Today and MSNBC on weekends. Dreyer also appears as a fill-in for Carson Daly and Al Roker and on Today on weekdays as a weather correspondent.

Apart from that she frequently appears on The Weather Channel and on NBC Nightly News. In addition to her meteorological duties, Dreyer is also the host of the NBC educational nature program “Earth Odyssey with Dylan Dreyer” broadcasted on The More You Know block of programming on NBC. Dreyer while en route to cover a blizzard for The Today Show met with an accident on February 9, 2013, in which she suffered a mild concussion.

Dylan Dreyer is soon going to write a new series of social-emotional learning picture books published by Random House Books for Young Readers which is an imprint of Random House Children’s Books. She will combine her extensive weather knowledge with her experience as a mom, introducing readers to Misty the Cloud in this new picture-book brand.

Dylan has a social media presence on various platforms. She can be found on Instagram with thousands of followers. Dreyer is a weather girl on TV but can be a model on Instagram. She doesn’t hesitate to update her fans with what’s going on in her personal and professional life. Recently, she shared a photo that touched many of her followers who have young children.

She herself being a mother-of-two posted a picture of her son Oliver, one, standing in the middle of the living room surrounded by toys and books spread out on the floor. In the caption, Dreyer wrote: “It’s just… so… messy. How can a one-year-old cause that much mess?” She can also be found on Twitter by the username DylanDreyerNBC, where she keeps updating her audience with news on various topics.

Dreyer is one brave lady. The well-known Today Show meteorologist shared the very personal news of her miscarriage and infertility struggle via a segment on the morning show. The weather anchor revealed she hopes to “shed the stigma” surrounding infertility by sharing her truth in honor of national infertility awareness week. Due to her emergency C-section with her firstborn, she was not able to conceive and had to turn to alternative methods.

Dylan married Brian Fichera who is an in-studio technician by profession in 2012 and currently resides in the New York area. Dreyer announced her pregnancy on The Today Show and gave birth to her first child, Calvin on December 17, 2016, and the second child, Oliver on January 2, 2020. She had a miscarriage in early 2019 after the birth of her first child. Dreyer also has two brothers named James and Mike. Her brother Mike who is an Air Force veteran lost his right lower leg in a construction mishap and now plays softball with the Wounded Warrior Softball Team.

Dreyer’s net worth is estimated to be around approx. $4 million. Her salary from her TV career though not officially revealed to the public is estimated to be in the tune of $300,000. Her hard work has afforded her to live in some amazing houses. Currently, she lives in New York City in a house worth $580,000 which she bought in 2012 after her marriage.