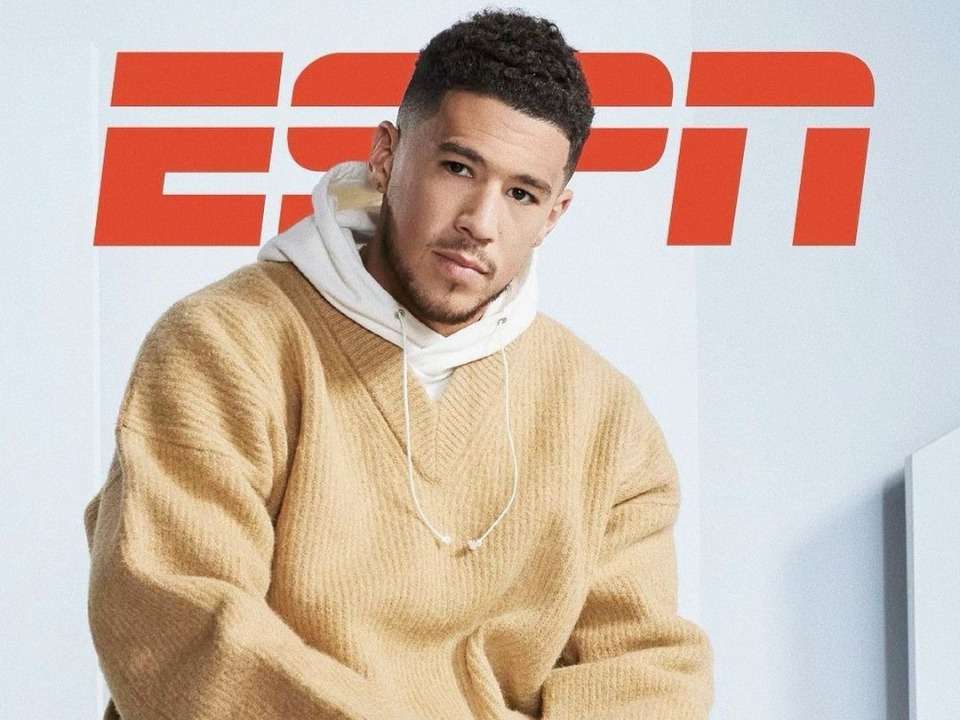 Devin was born on 30th October 1996 in Grand Rapids, Michigan, USA.  He was born to his mother veronica Guiterrez and father Melvin Booker. His mother is a practicing cosmetologist while his father is a former basketball player who also trained Devin in his initial years.  He believes in Christianity and is of mixed ethnicity as his mother is Mexican American and his father is an African American. He is not known to have any siblings

Devin attended the Grandville high school in Michigan and played his freshman year with the school’s basketball team. He had to change school the next year after he moved to Mississippi to live with his father and enrolled in the Moss point high school where he was coached by his father. Devin graduated from high school in 2014 and joined the University of Kentucky for his college education and continue basketball. He did not graduate from the university and forgave his three years of college after he got drafted by NBA in 2015.

Devin showed interest in playing basketball at a very young age. So while he was at high school he played the game in his sophomore year, junior year, and senior year. He has played various matches against schools like Harrison Central High School, Northeast Jones High School, Murrah High School, Wayne County High School, Pascagoula High School, Davidson High School, and many more.

In his college year, he played against the University of Pikeville, Boston University, Montana State, and many more. In 2014-15 he had an average score of 10 points, 2 rebounds, and 1.1 assists in 21.5 minutes per game. On 9th April 2015he was eligible for NBA Draft and forgone his three years of college eligibility.

From 2015 till now he has been dedicated to the Phoenix Suns team. On 25th June 2015, he was selected with the 13th overall pick by Phoenix Suns in the 2015 NBA draft. In 2015-16 seasons he played against Sacramento Kings, Miami Heat, New York Knicks, Denver Nuggets, and many more. He was placed 4th in 2016 NBA Rookie of the year Award Voting and earned NBA All-Rookie First Team honors. From 2016-17 HE SURPASSED Kobe Bryant and became the highest scorer. He ended the season with an average of 22.1 points per game, a near 9 point increment from his 13.8 points in 2015-16. The next two years season he played against Brooklyn Nets, Boston Celtics, Philadelphia 76ers, Toronto Raptors, Oklahoma City Thunders, Memphis Grizzlies, Miami Heat, Dallas Mavericks, and many more teams.

In 2020-21 he had an average of 32.8 points on 56.3% field goal shooting, 47.6% three-point shooting and 80.8% free throw shooting, 5.3 assists, and 5.0 rebounds per game. Some of his matches were postponed due to the Covid-19 pandemic but he played few matches against Los Angeles Lakers, Denver Nuggets, Cleveland Cavaliers, and more teams. On 3rd June he recorded his playoff-high 47 points along with 11 rebounds and lead the suns with a victory of  113-100 against Lakers. The team will be playing semifinals against Denver Nuggets so he must be currently preparing for his upcoming matches. Along with that, he has also been giving interviews pre and post games.

Devin is currently in a relationship with a Victoria Secret model and one of the most famous social media stars Kendall Jenner. The couple has been spotted at public places and got very close during a covid-19 pandemic. Kendall has been spotted supporting him at his matches. They like to keep their relationship private and away from the media.

Devin has earned a lot from his Basketball career as he was seen in various matches even when he was at Highschool. He has signed a $158 million worth contract with the Suns and earns an annual salary of around $27.28 million. According to sources his net worth has been currently estimated at more than $65 million. His other sources of income are from his sponsorship and attending events.