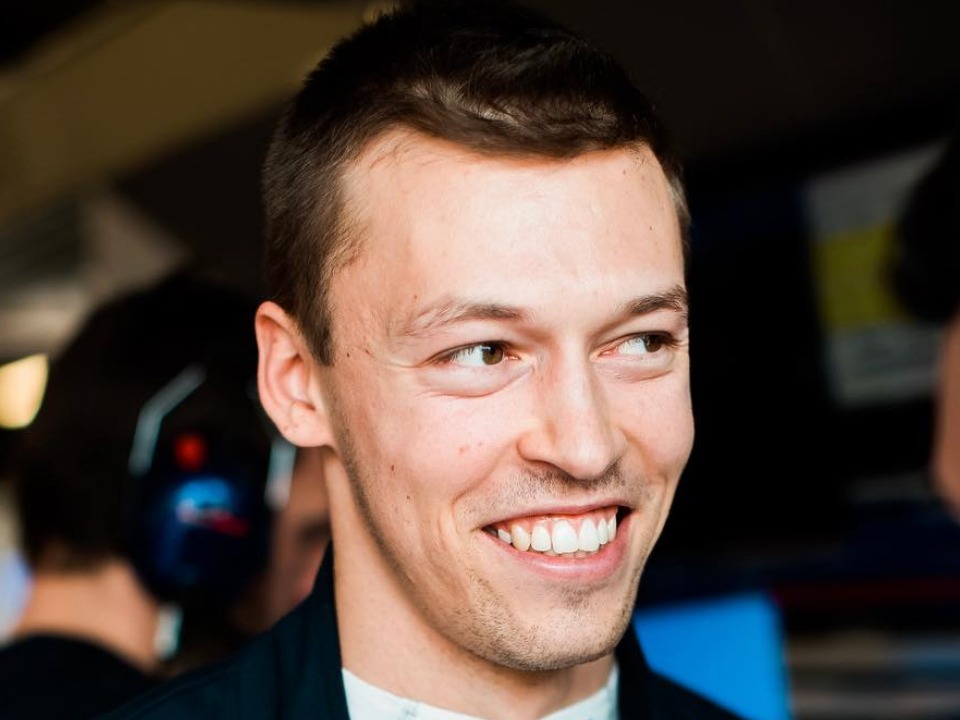 Daniil Kvyat is a Russian Formula 1 driver currently racing for the Scuderia AlphaTauri. Recently in 2019 he secured 3rd place at German Grand Prix and was placed at 7th place Overall: F1 World Championship in 2016. He was born on April 26, 1994, in Ufa, Republic of Bashkortostan, Russia to father Vyacheslav Kvyat and mother Zulfiya Kvyat. His father was the CFO of West Siberian Energy. When he was of 8 years of age, Daniil with his parents moved to Moscow where he was first introduced to go-karting and since then he started to race on a regular basis. In 2007 they moved to Italy as Daniil’s performance was outstanding day by day. He went to an Italian school.

After moving to Moscow, he started racing almost every day and was seen standing out each time. He did his first testing session for racing karts with the Stolitsa Kart team and soon in 2005, he made his first appearance as a professional in motorsports winning in Sochi. Daniil went to participate in local events and championships where he demonstrated very strong skills and thus his family moved to Italy for his racing career. He signed a contract with the Zanardi factory team but then switched to Morsicani Racing and won WSK rounds, Bridgestone Cup, and Trofeo Delle Industrie. At the beginning of the 2009 season, Daniil won the Winter Cup in the KF3 category in spite of starting from the last position on the grid.

In the next season, he decided to race in the Formula BMW. His first win was at the Formula BMW Asian Championship, Malaysia and after some time even won a race in Asian Championships held in Singapore. For the 2011 season, he joined Koiranen for competing in the Eurocup and the Formula Renault 2.0 Northern European Cup where he finished as a runner-up. After his win in the  GP3 series and European Formula 3, Daniil was offered a contract by the Red Bull Junior Team as a Formula 1 driver.

For the 2014 season, he was the second driver of the Scuderia Toro Rosso alongside Jean-Eric Vergne, and soon at the 2014 Australian Grand Prix, he made his debut as an F1 driver and even finished as 9th in the race. The same season he was ranked 15th in the World Championship. In 2015 he was promoted to Red Bull and finished second place at the 2015 Hungarian Grand Prix which lead him to become the second-youngest driver to score a podium finish. After the season, he was demoted back to Toro Rosso due to several crashes. However, because of technical failures and occurrences of mistakes, he was replaced with Pierra Galsy but soon returned for the United States Grand Prix.

Daniil was no longer a part of the Red Bull driver development program. For the 2019 season, he again joined Toro Rosso after being a third driver for Ferrari in the previous season of 2018. He did not receive good results in China and Azerbaijan and later finished at 7th place in Monaco, 9th place in Britain, and 3rd podium finish at German Grand Prix. He ended the season in 13th place in the World Championships by securing 37 points. In the 2020 season, Daniil was retired from the first race and even at the British Grand Prix as he crashed into the barriers and suffered from terminal damages.

Kvyat was in a relationship with Kelly Piquet who is the daughter of F1 World Champion Nelson Piquet. They have been together since August 2016 and in March 2019 the couple announced through their social media that they are expecting their first child. Their daughter, Penelope Kvyat was born on July 27, 2019. However, due to personal reasons, the couple is no longer together since December 2019.

As of 2020, Daniil Kvyat’s net worth is estimated to be $ 7 million US Dollars all of his earnings are from being a racer with outstanding performances over the few years. He has endorsed Red Bull for a long time and is on contract with the team Scuderia Toro Rosso.