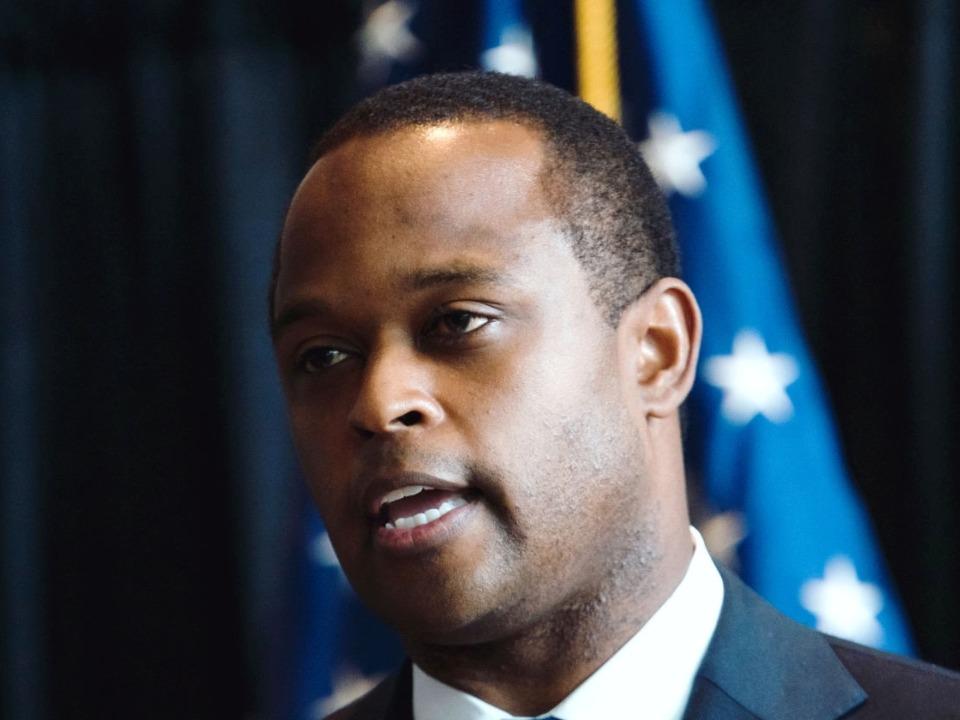 Daniel Jay Cameron serving as Attorney General of Kentucky is the first African-American politician and attorney. He is the first-ever Republican to be elected at the office since 1944 after Eldon S. Dummit. He is the only African-American statewide officer who got an independent ticket for elections. Cameron got endorsed by President Donald Trump after winning the 2019 General Election. During elections, he was seen as a rising star of the Republic Party by observers.

Cameron was born and raised in Elizabethtown, Kentucky on the 22nd of November, 1985. He has not revealed much information about his family, but it’s known from sources that his mother was a professor at Elizabethtown Community and Technical College, while his father owned a local coffee shop. Daniel went to John Harlin High School for higher studies in his hometown and a prize scholarship named in honor of Senator Mitch McConnell was awarded to him to attend the University of Louisville, where he played on the Louisville Cardinals football team in 2005 and 2006.

Cameron came off the bench during the first two games of the season of 2006, following which Louisville won the 2007 Orange Bowl. He graduated from the University of Louisville with a Bachelor of Science degree in 2008 and later with a Juris Doctor degree from the University’s Brandeis School of Law where he was president of the Students’ Bar Association in 2011.

Cameron started his career by serving as a clerk in Eastern District court for Federal District Judge Gregory F. Van Tatenhove for two years. Later on, he served as legal counsel for Senate Majority leader Mitch McConnell for a period of 2 years, 2015 – 2017. He successfully led the confirmation processes for conservative federal judges, which includes supreme court justice Neil Gorsuch during that period of time. In 2017, he came back and joined the Frost Brown Todd law firm as a senior associate in Louisville. On January 21, 2019, he declared that he was running for Attorney General of Kentucky. He was endorsed by President Donald Trump after he defeated State Senator Wil Schroder in the Republican primary by a margin of 132,400 (55.3%) votes to 106,950 (44.7%) votes.

Later in November 2019 General Elections, he defeated Democratic former Attorney General Greg Stumbo. As stated earlier, he was the first-ever Republican to be elected at the office since 1944 after Eldon S. Dummit who served during 1944 – 1948. He became Kentucky’s second African-American statewide officer and the first who got an independent ticket for elections (Lieutenant Governor General Jenean Hampton had shared the Gubernational ticket of 2015 with Matt Bevin). His term to serve as Attorney General of Kentucky was planned to start on the 6th of January, 2020, but to fill the vacant position created after Andy Beshear resigned when he won the elections to the governorship, he signed an executive letter appointing Cameron.

Cameron was sworn in as soon as the let letter was signed on the 17th of December 2019. After starting his term as Attorney General of Kentucky, on 27th of March, 2020 at variance Cameron said that abortion is an elective medical procedure so it should fall under the statewide ban until the Coronavirus pandemic gets over. He called for halting all the abortions in Kentucky for the period of the pandemic. In the last days of Legislative sessions he was given the power to regulate the abortion clinics by Kentucky Legislature, however, the legislation was not permitted by Governor Andy Beshear.

On the 13th of March, 2020 an internal investigation was done by the Police Department of Louisville regarding the police killing of Breonna Taylor. More than 100 protestors arranged by the social justice organization Until Freedom, marched towards Cameron’s house and occupied his lawn to demand punishment for the officers involved in the killing. Police arrested 87 protestors and charged them with several crimes counting Intimidating a Participant in the Legal Process, which is considered a very serious offense. Cameron alleged the protestors of intruding on private property and claimed the protest’s purpose was to “escalate” tension and division in the community.

He declared that the grand jury charged Officer Brett Hankison with three counts of wanton endangerment (It is a Class D felony which means a person can be guilty even if they did not intend to harm anyone or commit a crime) with regards to the family living next door. Cameron said that the firing done by Officers Jonathan Mattingly and Myles Cosgrove in Taylor’s apartment was a justified use of force and therefore they were not charged with any crime. Hankinson was beforehand terminated by interim Police Chief Robert Schroeder who alleged that Hankinson was fired for indiscriminately shooting into Taylor’s apartment and adjoining units.

Reportedly, Cameron is said to be married twice. His first marriage lasted from 2016 to 2017 with his first wife Elizabeth Cameron. Recently on 31st of July, he got married for the second time in a private ceremony which was attended by Mitch McConnell, Senate Majority leader. He couldn’t share more information because of restrictions from his office.

Cameron started serving as a lawyer initially when he used to clerk for Gregory F. Van Tetanhove. Cameron is currently serving as the 51st Attorney General of Kentucky and the first African-American to be, so he is understood to get a good salary amounting to $124,113.60. He has earned an immense net worth of $13 million.