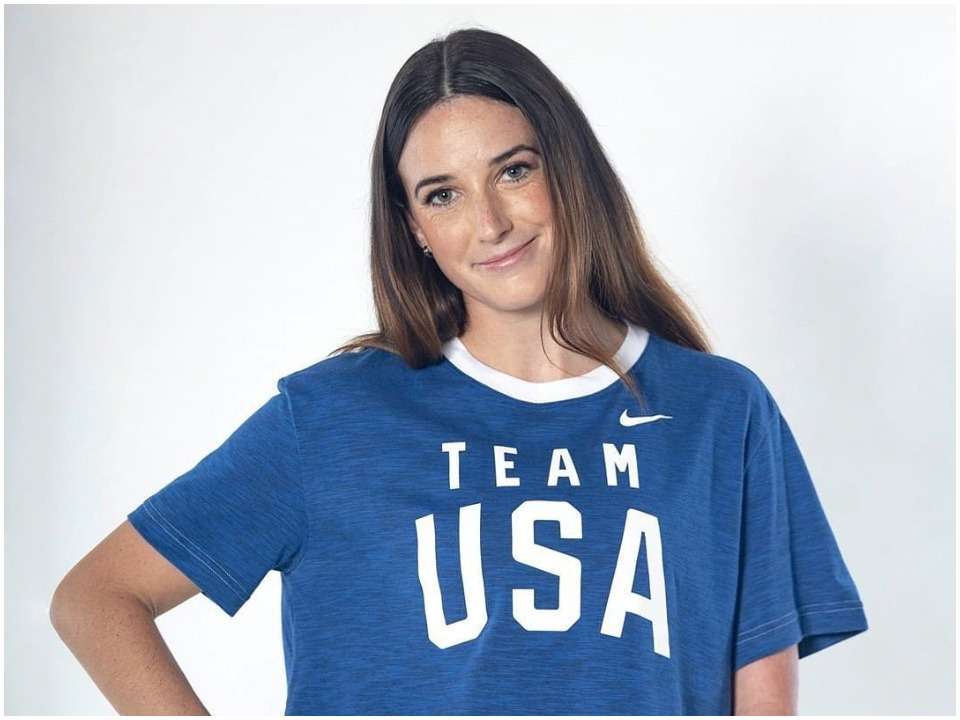 Dani Aravich is an American personality who performs Track and Field, Biathlon, Cross Country Skiing by profession. The 25-year-old Dani has just shown her participation debut with the 2021 Paralympic Tokyo Games but could not make her journey till the finals. She is now all ready to prove herself with the next step in the Paralympics.

Dani was born on 9th July 1999 in Boise, Idaho where she spent her entire life until adulthood. Dani was born with one hand missing and no forearm. She was raised by her loving and caring parents named Rob and Kate Aravich. Dani developed her passion for athletics and other games since childhood. She had the endeavor to work for the different games and show off herself in the field. Be it soccer, baseball, softball, or ice skating, she tried all the sports while growing up or being in school. She excelled herself in all these games while playing against able-bodied peers. Once when she was in high school, Dani was given the chance to perform for a cross country race, she didn’t have second thoughts and immediately turned for it.

She found herself stuck in the success of performing on-field and later she chose to give up soccer and softball and decided to compete for the track & field program at her school. Dani got herself admitted to Division 1 Butler University in Indianapolis, Indiana, and started seeking the attention of several other peers and teachers in the collegiate program. In her entire freshman year, Dami competed as a Bulldog for Butler in the cross country, indoor track & field, and Outdoor track & field. But, she was suffering from knee issues which became one of the major obstacles in her career. Later, she chose to focus on her studies only and leave the team for the remainder of her undergraduate career.

But, since her childhood, Dani always dreamed of becoming a successful sports personality. She landed herself with some successful collegiate internships with the Indiana Pacers and the Indianapolis Colts. Later, she started dreaming of her being in a position; she got the chance to complete her dream with the Utah Jazz and thereby moved to Salt Lake City after completing her graduation. Once she was advised by one of her family friends to pursue her career in sports, especially in paralympic in track & field. The idea crossed her mind and she again prepared herself for getting ready for the games.

Dani Aka Danielle Aravich started living the dream of her position in the Paralympics which she started to work for. She managed to give Paralympics a trial and the most amazing thing was that she hit the selections. She started juggling some part-time work and preparing herself for the track & field at the same time. Dani was given the chance to give her a test at a developmental camp in December of 2019 for nordic skiing and biathlon. This further sparked her training for the Tokyo Paralympic Games, but, the pandemic hit the country and the events got postponed. The paralympic Tokyo 2021 is still her focus where she still dreams of achieving the right thing for her and what she deserves.

Dani has appeared at the Paralympics two times, one in 2020 and another one in 2022. She will be showing her debut with the 13th sprint biathlon this time. Previously, Dani qualified for the Nordic Ski team in Bozeman, Montana, and World Cup in Slovenia, where she took 4th place in all-over results. Just after six months, the 25 years old Dani Aravich is all set to make her debut with Summer Games in Tokyo and is now all ready to gear up for Winter Games in Beijing.

Dani will trade her shoes for the skis in the cross-country skiing and biathlon events. She took part in Summer Games Tokyo, which became one of her poor experiences. Even she called the Tokyo experience a “poor race”, where she finished fifth in the preliminary heat and could not move to the finals. Dani calls her entry to the Winter Olympics 2022 her “Double debut”.

Dani Aravich is not committed to anyone in romantic life. Neither she is married nor she has disclosed any past love affairs. It seems that she is rather focusing on her Winter Paralympics that are hitting the first week of March 2022.