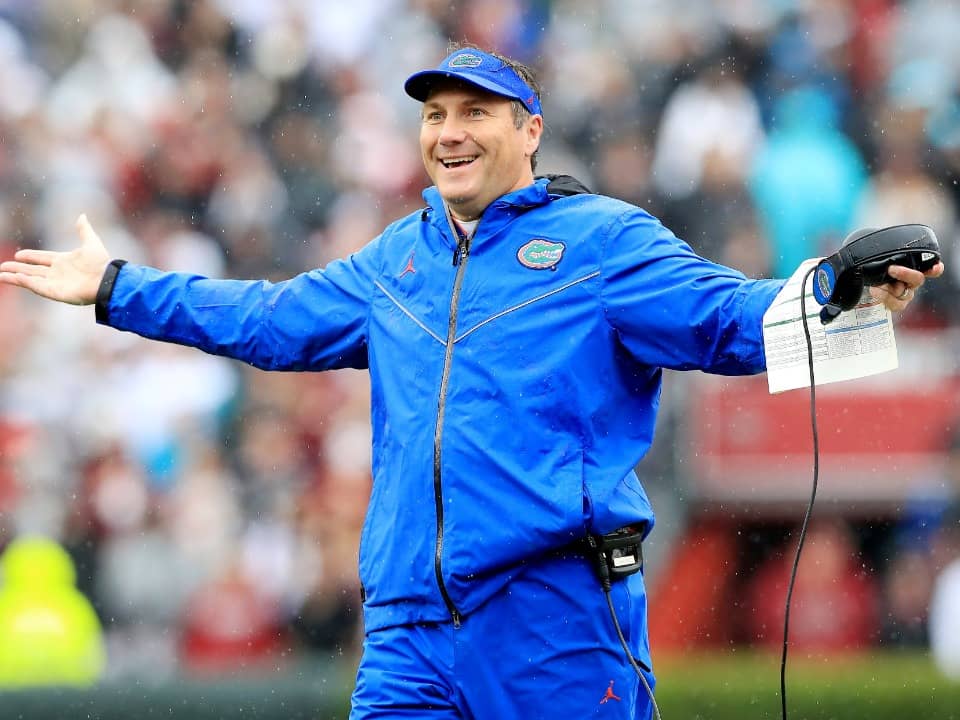 Dan Mullen was born on 27th April 1972 in Drexel Hill, Pennsylvania, USA. He grew up playing football, basketball and was always athletic. His parents Robert and Barabara Mullen lived in Spain for a few years before settling in Philadelphia. He is believed to have been born in a Christian family of white ethnicity and also has a sibling brother. Dan completed his high school education at Trinity High School in Manchester, New Hampshire. Later, went to attend Ursinus College to obtain his bachelor’s degree in English and graduated in 1994. He also obtained a Master’s degree in Education from Wagner College in 1996.

Dan started his career as a football player and was part of his college football team. He lettered for his team at the tight end for two years at Ursinus College. By the end of his senior year, he was named the first-team All-Centennial Conference selection his senior year. He later decided to pursue a career as a coach and went to become a wide receiver coach at Wagner College in 1994. He later became a graduate assistant at Syracuse College in 1998 and worked till the year 2000 at Syracuse and Notre Dame. The following year, he went on to coach the quarterbacks at the Bowling Green University. He later also coached the QBs at the University of Utah in 2003.

He joined the University of Florida in 2005 as a quarterback coach and worked with the team for almost three seasons. He also served as the Interim Office coordinator at the 2005 Fiesta Bowl and later joined in as an offensive coordinator coach for the team. In 2008, he started coaching the team of Mississippi State as a head coach, and under his direction; the team won several matches and broke various records against the toughest teams. By 2011, the team ranked 19th in the nation.

He worked with the team till 2017 after which he signed the contract with the University of Florida for being the Head Coach. The Florida Gators team performed well throughout the 2018 and 2019 seasons under his guidance and managed to win the eastern division title in SEC in 2020. Recently in the current 2021 season, Florida has shown great consistency and performance but recently lost the match against Alabama. The Florida team has been showing enough potential to challenge top teams in SEC this season.

Dan is currently married to his wife Megan Mullen. The couple got married in the year 2005 and has been together ever since. They also have two children together named Canon Mullen and Breelyn Elisabeth Mullen. He also had a relationship before he got married and had a son named Rowan with his ex-girlfriend.

Dan Mullen has been a football coach for several years and has earned a lot of wealth while holding the position of Head coach. His average salary is around $6.1 million while his net worth as of 2021 is estimated to be around $13million.