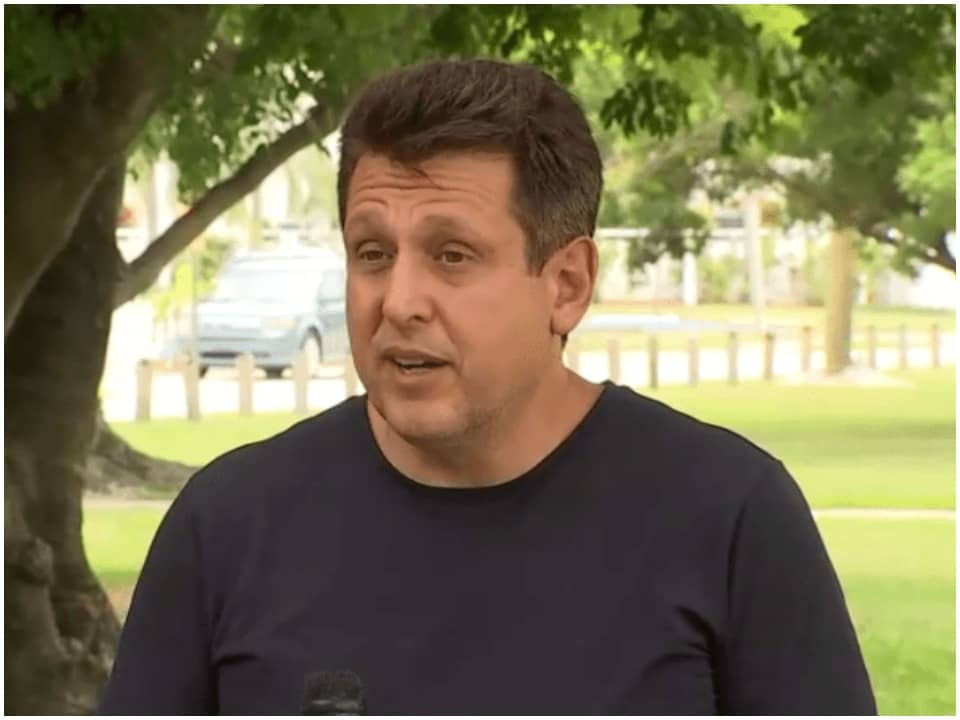 Dan Bauman lives in Florida and is accused of assaulting a student at his daughters’ high school while being involved in a protest against mask mandate. He is a 50-year-old person who is protesting against masking protocols with his 15-year-old daughter. They both had been protesting at the outer boundary of the school for several days from the start of August 2021. However, the school officials refused to allow her to enter the school without wearing a mask. Also, other anti-maskers joined this man at the school defying the school officials.

As per the reports, he was born in Latvia and currently living in Fort Lauderdale, Florida, USA. Dan is 50 years old married guy and also has a Linkedin profile although, in his bio, he just wrote “owner”. It means he doesn’t mention any kind of details regarding his education or occupation in it. In fact, there is no information available regarding his wife as well.

What is the whole matter about?

The anti-masker dad was arrested this Wednesday on 25th August 2021. The incident took place at the front entrance of Fort Lauderdale High School around 7:25 am. According to police officials, Dan Bauman accompanied his 15-year-old daughter and entered the school but the security at the school gate refused to allow his daughter to enter without wearing a mask. He started videotaping other students at the gate that was causing a disturbance at the gate. Dan Bauman was arrested by the school resource officer Paul Johnson. According to the complaint filed by the officer says that Bauman was disturbing at the school gate and he was working outside the Fort Lauderdale high school.

He saw Bauman walking with his daughter into the school. He activated his body-worn camera because Bauman was causing disturbance due to his protest against not wearing the mask. According to Johnson’s claim, Bauman was arrested while a student came to him for recording the whole scenario. He pushed the child back by hitting her shoulder and grabbed her hand. He twisted her arm in a hostile manner that caused Johnson and the security to pull off the child. This is why Bauman has been put into custody. However, one of Bauman’s supports named Chris Nelson claimed that he acted in self-defense.

Nelson is an activist and DJ who had been making out rallies around Florida including the school area against the mandates of mask restrictions and other COVID-19 restrictions. Nelson who lead the group had shared the conspiracy theories and wrote that while taking Isabel to school and standing up for her against the legal right of unmasking, Dan Bauman was attacked by one of the masked girls who took his phone out of his hands. He was trying to get his phone back but was arrested in return and was ridiculously overcharged.

Isabel, the 15-year-old daughter of Dan Bauman had been denied entering her school without wearing a mask. Bauman was charged because of his aggravated actions against the child or in case of child abuse. He had been charged with being a first-degree felony. He would remain in the jail without bail till his first court appearance had taken place on Thursday morning i.e. 26th August 2021.

According to Florida state law, the first-degree Felony is punishable by up to 30 years of probation and a fine of up to $10,000. On the other hand, according to school officials, only one out of the 26,000 attendees refused to enter the school gate without wearing a mask. They explained that students are allowed to enter without wearing a mask only if they have a particular medical reason. The night before his arrest, Bauman told the news that he didn’t care about the school policies.

The policies are otherwise illegal. His daughter was not going to put the mask on her face and he didn’t care what would happen further. Furthermore, Bauman added that he received a phone call saying that if your daughter did not attend the school her name would be removed from the registers of the school. The moment when the school officials said that a mask is mandatory to wear while entering the school, Bauman responded that she would not wear a mask anymore. He said that his daughter didn’t need to follow the exemption policy and said that it was all illegal.