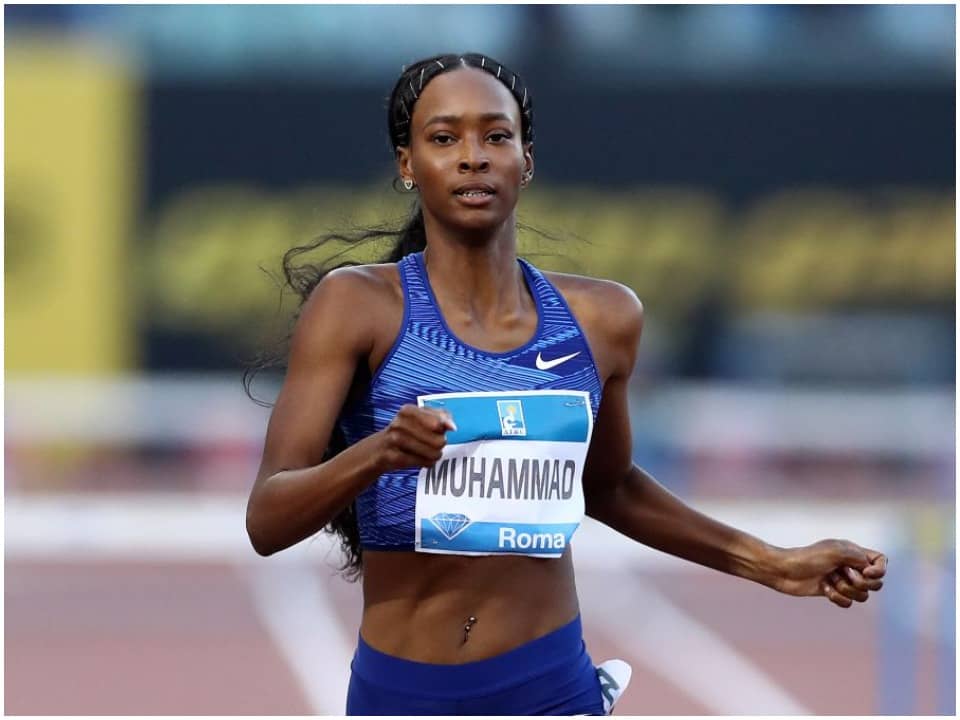 Dalilah Muhammad is a track and field athlete from the United States who specializes in the 400-meter hurdles. She was a gold medalist at the 2016 Rio Olympics and established the former world record with a time of 52.16 seconds at the 2019 World Championships. Currently, she is selected to compete at the Summer Olympics 2020. Muhammad won the 400-meter hurdles at the 2007 World Youth Championships and finished second at the 2009 Pan American Junior Championships. She ran for the USC Trojans at the collegiate level, where she was a four-time All-American at the NCAA Outdoor Championships. She was also the American national champion in 2013, 2016, and 2017.

Dalilah was born in Jamaica, Queens, New York, on February 7, 1990, and her parents are American Muslim Askiah and Nadira. Talking about her siblings then she has two siblings, one brother Hassan and a sister, Jamillah. Dalilah competed in a variety of track and field events in high school, including hurdles, sprints, and the high jump. Muhammad competed in a variety of events at Benjamin N. Cardozo HS in Bayside, New York, including the 200m, 400m, 800m, relays, hurdles, and high jumps.

She was named the 2007 New York state Gatorade Female Athlete of the Year after winning the New York state 400m IH title in a meet-record as a senior. In 2007, she won the 400m IH at the IAAF World Youth Games in Prague, Czech Republic. At the National Scholastic Indoor Championships, she helped her high school win the sprint medley relay. She is a Business student at USC who finished her Trojan career as the third-fastest 400 m hurdler in school history and a four-time NCAA All-American.

Dalilah Muhammad decided to pursue a career in the 400 m hurdles after graduating from USC. In California, she improved on her personal best from the previous season, running 55.97 and 54.94 seconds. She finished fourth at the Shanghai Golden Grand Prix in her IAAF Diamond League debut. Dalilah won the Primo Nebiolo Memorial in Italy before finishing third in the Bislett Games in Norway with a time of 54.33 seconds. She won her first national gold in the 400 m hurdles at the 2013 USA Outdoor Track and Field Championships, improving her record by half a second with a final time of 53.83.

Dalilah is currently single and not dating anyone. There is not much information about her relationships or previous engagements. According to the database, she is not married and doesn’t have any children.

Dalilah Muhammad is one of the wealthiest athletes in the world, as well as one of the most renowned. She has an approximate net worth of $1 million to $3 million. Dalilah has amassed wealth as a result of her numerous sources of income, yet she likes to live a humble lifestyle.