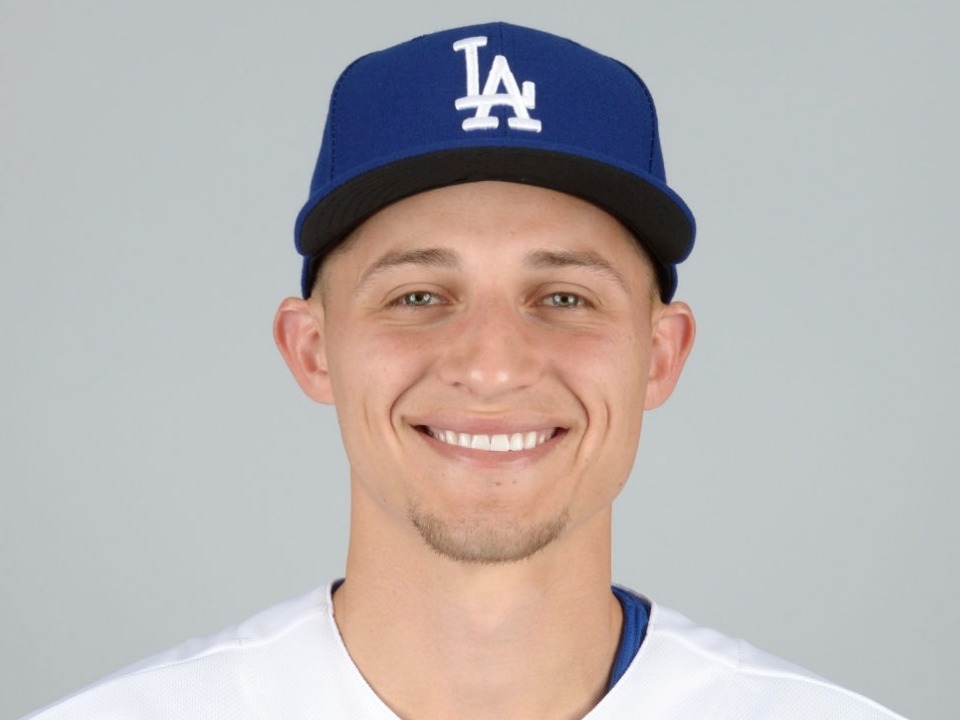 Corey Seager is an American professional baseball shortstop for the team Los Angeles Dodgers of Major League Baseball (MLB). Shortstop is the baseball or softball fielding position, which is considered to be among the most demanding defensive positions between second and third base. He was known for the 2016 NL Rookie of the Year, and in his first two seasons in the majors, he was named an MLB All-Star.

Corey Seager was born on April 27, 1994, in Charlotte, North Carolina, United States. His parents are Jeff Seager and Jody Seager. He has two siblings, Kyle Seager and Justin Seager. Corey is the youngest of them. According to the sources, he has a hobby of listening to music. Corey attended Northwest Cabarrus High School in Kannapolis, North Carolina. Perhaps, Seager was the most talented athlete among the two.

After passing out from High School, though he committed to attend the University of South Carolina on a college baseball scholarship, the Dodgers drafted him in the first round of MLB with the 18th overall selection in 2012 and instead of going to college, he signed for $2.35 million with the Dodgers. Corey started off his professional career with the Ogden Raptors of the Pioneer League in 2012. Later, in 2013, he was promoted to the Great Lakes Loons of the Class A Midwest League.

In 2014, he was titled as the MVP (Most Valuable Person) of the California League; also selected to Baseball America’s minor league All-Star team. He made his first appearance as the starting shortstop against the San Diego Padres on September 3, 2015, when the Dodgers called Seager up to the majors. Currently, he is still with the Dodgers and is named as MVP in the 2020 National League Championship Series.

In 2013, Seager was selected for Arizona Fall League Fall Stars. Later, he was selected for All-Star Future Game in 2014; also considered as California League Most Valuable Player (MVP). In 2015, he became Baseball America Triple-A Minor Leagues Player of the Year. In 2016, he was named as Baseball America Rookie of the Year and also won Esurance MLB/This Year in Basketball Award for Best Rookie. Los Angeles Dodgers record for first successive major league starts ranging base (16 on September 21, 2015). Dodgers record for home runs hit by a shortstop in one season (26 in 2016).

Corey is currently living happy married life with his wife Madison Van Ham. Corey and Madisyn are high school sweethearts and they have been in the relationship since their high school days. They engaged in 2019 and tied the knot on 5th December 2020.

Corey Seager is presently playing as Shortstop for the Los Angeles Dodgers team. His income comes from playing baseball. Being successful in his career, it is believed that his estimated net worth is $3 million. Corey has been very popular being a Shortstop for the Los Angeles Dodgers team in his career and has made many fans. He has 467K fan followers, 81 following, and 106 posts on Instagram. Also, he has Facebook and Twitter Account as well.