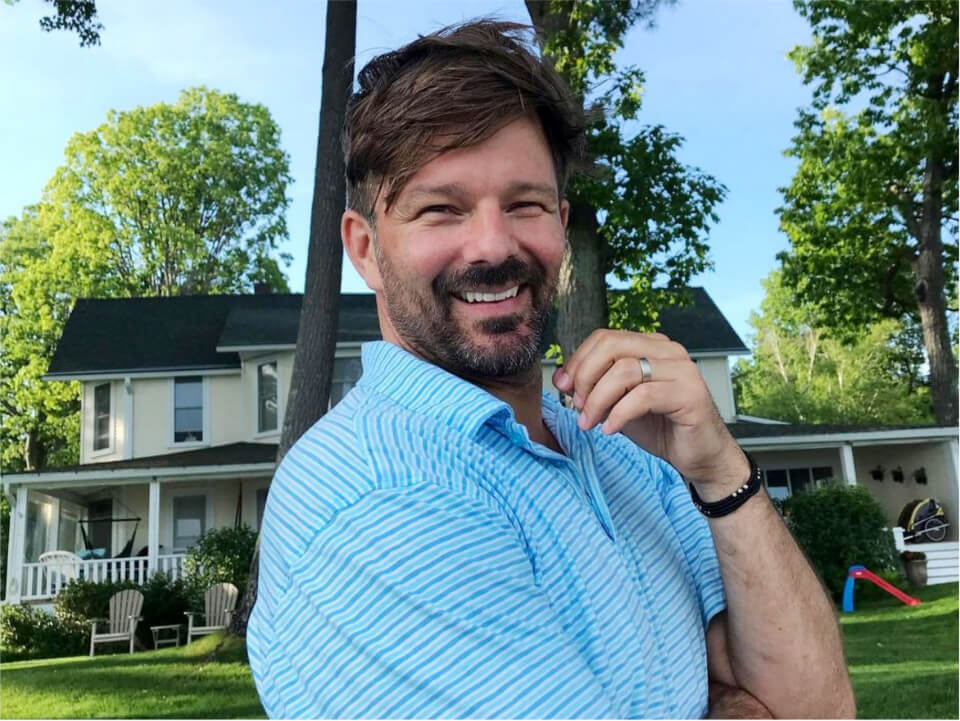 Coleman Laffoon, also known by the name “Coley Lafoon”, is an American real estate broker. Before stepping into the real estate business, he was known for his profession as a cameraman, and camera operator for Ellen DeGeneres: American Summer Documentary (2001). Coley Laffoon is the director of residential sales with his current wife Alexi Laffoon who is also an “Estate Agent” in “The Laffoon Group” affiliated with “Compass”.

Coleman Laffoon was born on 7 October 1973 in Cincinnati, Ohio, USA, making him49 years old as of 2022. His father’s name is Polk Laffoon IV and His mother’s name is Pinky. Polk died on 5th August at the age of 75 due to a heart attack while swimming in Lake Michigan near his summer home in Harbor Springs, MI. His father was a vice president of corporate relations for newspaper giant Knight-Ridder. Cole grew up with his siblings Brent Lafoon (brother) and Samantha Gaylord Laffoon (sister). Coleman went to the University of Miami, Florida.

In 2000, Coleman worked as a cameraman on the Ellen DeGeneres show. Coleman obtained California Real Estate License (Salesperson) on 24 November 2007. He also founded his own company “The Laffoon Group”, based in Los Angeles, California where he holds the position of the Director of Residential Sales and New Development at Compass Real Estate. According to the IMDB profile, Coleman joined Rick Hilton’s firm, Hilton & Hyland in 2010 and began working as a real estate agent.

Coleman Laffoon first married Anne Heche, a famous actress in September 2001. The couple has a son named Homer Lafoon born in 2002. However, the couple’s marriage did not work and they got separated or parted their ways in 2007. Both the couple legally got separated on 4th March 2009 and their divorce drama also reportedly saw them fighting for their son. The drama raised so much that even the judge ordered $275,000 to be paid by the 53-year-old wife to her ex-husband, along with monthly child-support payments of $3,700 for the care of Homer- the son. When their child turned 20, Laffoon went to Instagram to show his joy and send a heartwarming message to his son saying that–

“There is a lot to find troubling with the wider world but there is also a lot to find beautiful and wonderful. Maybe this moment can be as good a reminder for you as it is for us. Happy Bday son. Love you!”

On 24 May 2015, Coleman married a second time to another woman named Alexandra “Alexi” Laffoon. Alexi was also Laffoon’s real estate business partner, as per information gathered from Instagram. Alexi also worked at Admedia as a National Account Executive. With his second wife Alexi, Coleman has two cute daughters, Zoey Marine Laffon and Emmylou Laffon. Their elder daughter Zoey was born in July 2014, whereas the younger daughter named Emmylou was born in August 2016. The pair has also produced a baby boy as evident from Coleman’s Instagram feed dated back to 12th June, where he shared the picture of the baby with the caption, “the best of times.” However, the married couple themselves have not confirmed the news.

The ex-husband and wife Anne Heche and Coleman Laffoon (who both fought for their divorce for around two years)– their elder son Homer Laffoon was seen saying goodbye to two pretty girls at the gate of his house, creating speculations on the internet. It is said that Homer’s mother Anne was injured in the car crash that was left in fire. Anne was seriously burned and was intubated in the hospital for 20 hours. After the incident, the two pretty girls were seen at Homer’s house giving him support for his mother.

Coleman is a famous American real estate agent. He is also well-known for being the founder of Laffoon Group, a Los Angeles-based company. As of 2022, Coleman Laffoon’s net worth is estimated at around $2-$5 million.