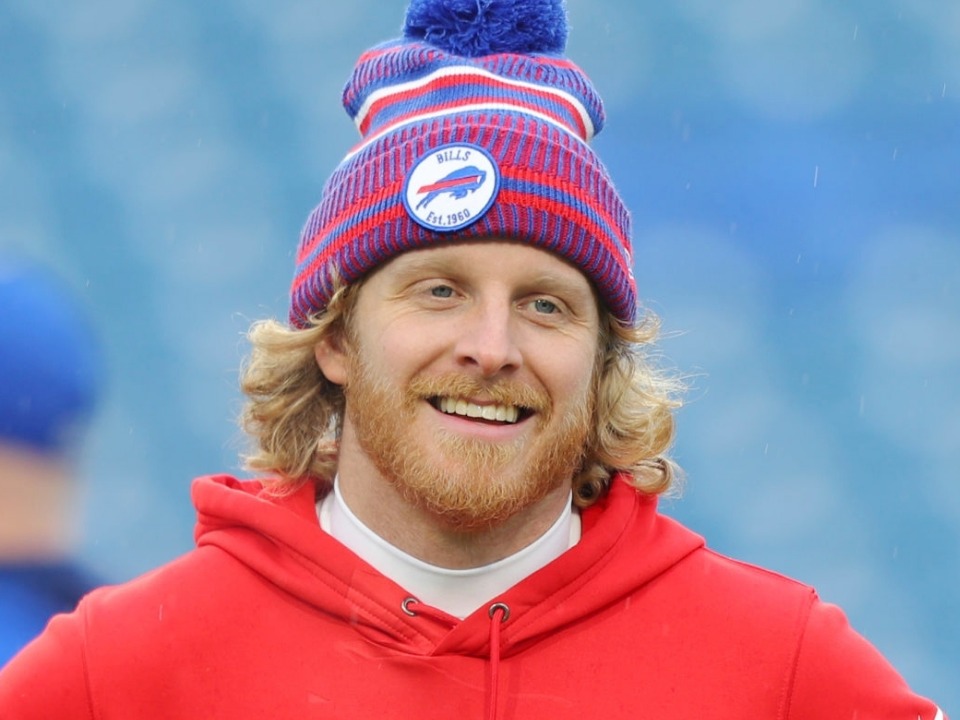 Cole Beasley is a popular and talented American football player who plays for an NFL team called Buffalo Bills. Earlier in 2012, he used to play for Dallas Cowboys which is an NFL team, and later he joined Buffalo Bills in 2019. He began playing football at a very young age and his skills were recognized in school and college. Apart from his Football career he has also shown interest in Music and has released a debut album called “The Autobiography”.

Cole Beasley was born on 26th April 1989 in Houston, Texas, United States of America. The names of his parents are Mike Beasley and Danette Beasley.  He has a brother named Shayne Beasley. At a very young age, he started playing football and was an active player during his school days. He did his schooling at Little Elm High School, Texas where he used to play football at a quarterback position. Later with his amazing performance, he received a scholarship from Southern Methodist University where he used to play as a Wide receiver.

In 2012 his NFL draft was undrafted due to his size and was signed by Dallas Cowboys. As a rookie, he was seen in 10 games and had 15 receptions for 128 receiving yards. The next year he worked hard in his matches and scored a total of 39 receptions for 368 receiving yards, 2 touchdowns, 10 punts for 68 yards, and one kickoff for 11 yards. In 2014 he had an average of 50 yards in every game. As a wild card player, he made 4 catches, three for a first down, 63 yards against Detroit Lions, and won the match. On 3rd March 2015, he signed the next four-year contract with the Cowboys worth $13.6 million. His game was getting disturbed due to distractions and was often used to be replaced by rookies. He finished the match with 52 receptions for 537 rushing yards and five touchdowns.

Rise to the fame

In 2016 his career-high was in receptions and yards where he scored 75 passes for 833 yards and five touchdowns. The next year he finished the season with a total of 36 receptions for 314 receiving yards and four receiving touchdowns along with that he released his debut song named “80 Stings”. In 2018 his game score was average and in a few matches they lost. He also released his debut album called The Autobiography with Victor Phazz Clark. They also formed ColdNation Records in Frisco, Texas which is a record label.

On 13th March 2019, he was seen playing for Buffalo Bills and the four-year contract was worth $29 million. He finished his 2019 season with a total score of 67 receptions for 778 receiving yards and six receiving touchdowns. The matches were played with Miami Dolphins, Dallas Cowboys, New England Patriots, and other teams. On 12th August 2019, he was an active roster and played matches against Los Angeles Rams, New York Jets, Arizona Cardinals, Los Angeles Chargers, and San Francisco 49ers. He had an average of 12.1 receiving.  After leaving Dallas Cowboys he signed up with Buffalo Bills in 2019.

Cole is married to his girlfriend named Krystin Beasley. After dating for a few years, in 2014 the couples exchanged their vows. The couple welcomed three children named Jovie Carter Beasley, and Ace Beasley and the name of one of his children has not been shared. Currently, the couples are living a happily married life with their children.

Cole Beasley is a professional footballer and was seen playing for Dallas Cowboys in 2012 and later with Buffalo Bills in 2019. He also owns a record label named as ColdNation. His main source of income is his football career and also got some sponsorships as well. His net worth has been estimating around $14 million.