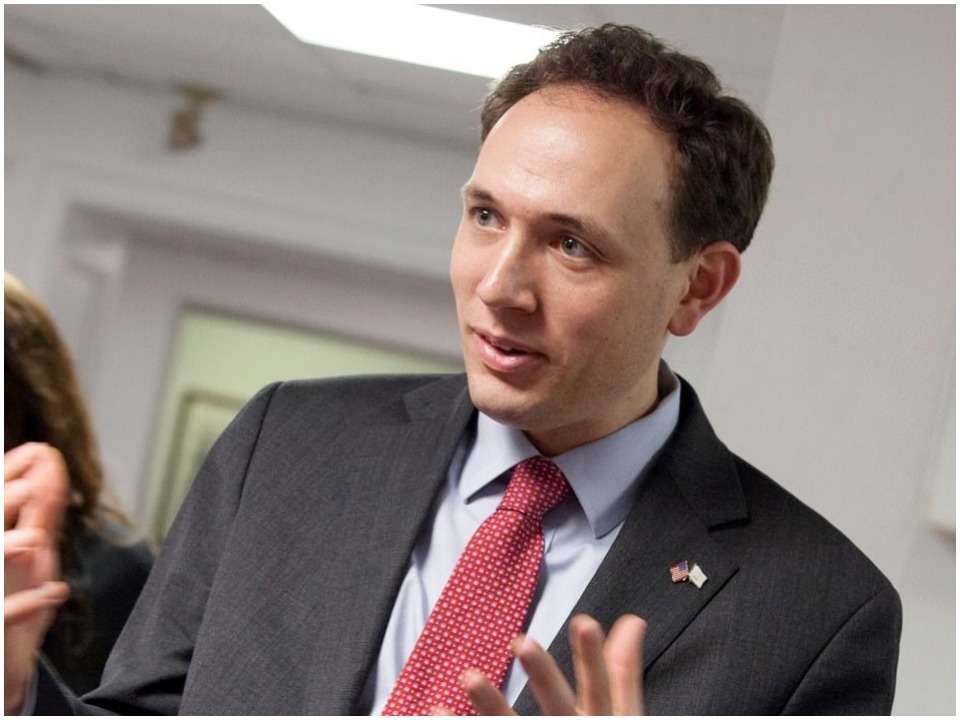 Clay Pell, in full, Herbert Claiborne Pell IV is an American personality who is a well-known lawyer, judge advocate, and deputy assistant secretary in the United States Department of Education. He is famous for being the grandson of the late Senator Claiborne Pell. Pell stood for the 2014 democratic party nominations for the governor of Rhode Island in a three-way competitive race that was ultimately won by Rhode Island State Treasurer GIba Raimondo.

Clay Pell was born on 17th November 1981 and as of 2022, he is merely 41 years old. At such a young age, he has become an admirer for the young generation. The famous advocate Pell was born to his popular parents named Herbert C. Pell III and Eugenia Stillman Diehl Pell in Tucson, Arizona. Pell is also the grandson of Senator Claiborne Pell and Nuala Pell and belongs to the descendants of Wampage I.

Herbert Claiborne Pell IV went to The Thacher School and completed his primary and secondary education in 2000. Thereafter, he went to the School Year Abroad in Zaragoza, Spain in 1999 and later in Beijing, China in 2001. He became a graduate of Harvard College in 2005 with a degree in bachelors in Social Studies. Pell also received a citation in Modern Standard Arabic from Harvard. Thereafter in 2008, he became a graduate of Georgetown University Law Center with a J.D.

Pell began his professional career in 2009 when he first joined the United States Coast Guard and completed his graduation in the class from Coast Guard Direct Commission Officer School. He became the judge’s advocate and actively performed his duties from 2009 to 2011. Currently, he is a Lieutenant Commander and judge advocate. From 2011 to 2012, Pell served to be the director for strategic planning on national security staff and also as the white house fellow. Later in 2013, Pell served as the deputy assistant secretary of the Office of International and Foreign Language Education in the Department of Education of the United States. He gave his support to language education and cultural proficiency which was later recognized by the Northeast Conference because of which he was awarded the advocacy award 2014.

The same award was received by Pell’s grandfather in 1988. On 27th January 2014, Pell confirmed that he would be running for the governor of Rhode Island in the 2014 elections. His then-wife Michelle Kwan appeared in TV advertisements on his behalf to support and became part of his voters before 9th September 2014. Pell was placed third in the democratic primary. The first position was won by Gina Raimondo. In 2016, Pell was elected as the presidential elector from Rhode Island and later he served to be the president for the Rhode Island Electoral College. In 2020, Pell was awarded by Stanford University. He was given the prestigious Sloan Fellowship.

Pell is married twice. He first married his then-wife Michelle Kwan. They both tied their knot in January 2013. Michelle Kwan is a five-time World champion and two-time Olympic medalist. They first met each other back in April 2011. But their marriage didn’t work for them and soon they got separated in 2017. On 29 March 2017, Pell announced that he had filed for divorce from Kwan. Later after four years in 2021, Clay Pell announced that he would be marrying his former high school classmate named Youna Kim.

For the second time, he married Youna Kim in 2017 on 2nd February 2021. Kim went to The Thacher School where the couple is believed to have met for the first time. Youna Kim also went to Seisen International School and studied at Northwestern University and later received a degree in International Politics from Georgetown University. and with whom he has one daughter. Clay Pell is not assumed to have any children from any of his marriages.

Pell who is living in his early 40s is a devout Christian. He speaks different languages including English, Spanish, Arabic, Mandarin Chinese, and others. Clay is a successful lawyer, a military personality, and a politician. He is serving as the commander and judge advocate of the United States Coast Guard Reserve. It is for sure that his net worth is somewhere around millions or billions of dollars. Although he never described his exact figure of net worth in public, we assume that his net worth is $12 million.