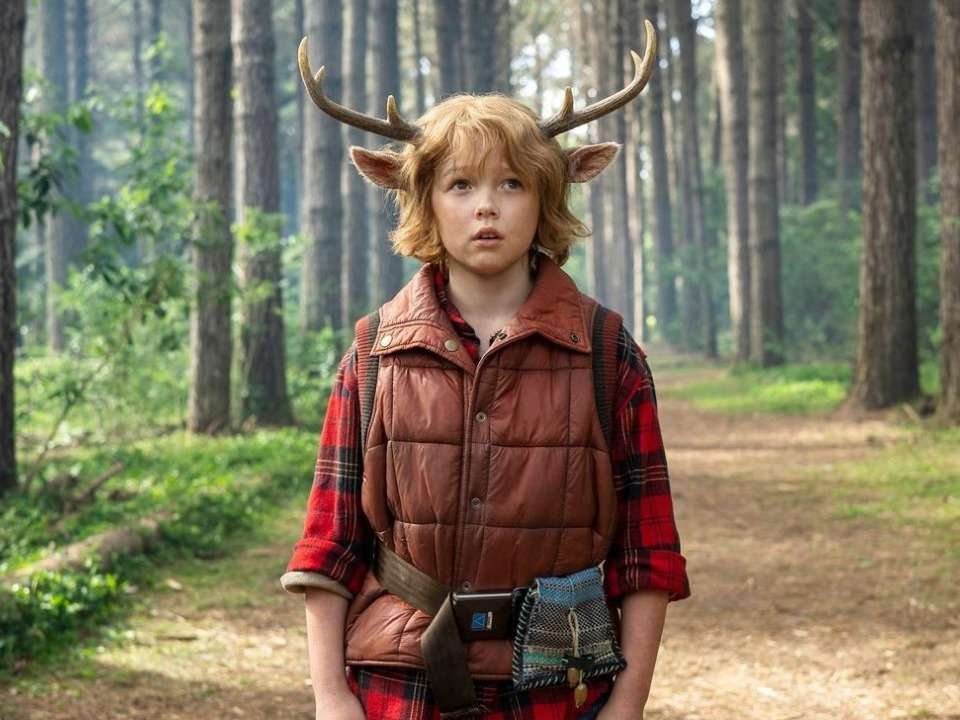 Christian Convery is a Canada-born American child actor famously known for his roles in movies like My Christmas dream, Venom, and Descendants 3. He has set a name for himself at an early age and has worked with several well-known Hollywood stars. He recently appeared in the Netflix Original series, Sweet Tooth in 2021.

Christian was born on 10th November 2009 in Vancouver, Canada. He was born to his mother Lisa Convery but there is not much available about his father. His mother actively manages all his social media accounts. He is not known to have any siblings and is believed t be a single child. Christian was born in a Christian family and is of white Caucasian ethnicity. He started his acting career at a very early age of 6 and is currently 11 years old.

Christian has not shared much about his education. As he is currently 11 years old, he is believed to be pursuing his middle school education but there is no information about where he is enrolled or if he is being homeschooled. He is managing his studies well along with his acting career. his mother enrolled him in an acting school to build up his self-confidence and he gradually became interested in acting.

Christian started his career at the early age of 6 when he first started appearing in commercials. His first-ever appearance was on a toilet paper commercial and he started auditioning for small roles in tv shows. Later in 2016, he got his debut role in the television movie Heart of spring and the same year he also appeared briefly in the famous thriller and show Supernatural in the role of Lucas Kellinger. Following this, he kept appearing on television in movies like My Christmas dream, Christmas list, and shows like Van Helsing and Lucifer.

His big-screen debut was in the year 2018 when he appeared in the movie The Package as Jake Floyd. The same year, his breakthrough role came in the movie Beautiful boy alongside Timothee chalamet. In 2019, he appeared as one of the sons of Mr. Smee, Squeaky Smee in the third sequel of the movie Descendants 3 and immediately rose to fame. He became more noticed and popular among the masses and received great praises for his role. His other credits include Eggplant Emoji, venom, and Legion to name a few. He also appeared in the movie Playing with fire where he performed various stunts himself and starred alongside John Cena and Judy Greer.

Later, in the year 2019, he appeared in the leading role in tv show Pup academy for which he also received various nominations and awards including the Leo awards for best performance in a youth program. Recently in 2021, he appeared in the movie Home in the role of Alex, and as Rob Horton opposite Dennis Quaid in the movie Tiger rising based on Kate DiCamillo’s children’s novel with the same name. He also appeared in the Netflix Original fantasy series Sweet tooth in June 2021 in the role of Gus. The shooting took place in New Zealand.

Christian is highly active on social media and his accounts are managed by his mother. On his Instagram account, he currently has a total of 100k followers where he posts about his roles in movies, promotions, articles, and his features in magazines, etc. He also likes to share his life experiences and about his trips and travels. Christian also has a Twitter account since 2016 where he currently has 5183 followers. He is not known to have a Facebook or Snapchat account.

Christian is known to be really enthusiastic about travel and is known to have been to an Indian Ocean Submarine. He loves adventure and sports and has also been on a six-hour hike to Rangitoto Island. Christian likes to do adventure sports like Hiking, surfing, zip-lining, diving, rafting, and much more in his leisure time. He is really close to his dog and loves spending time with him. Moreover, he has also been spending time learning and playing guitar in his free time. He is still young and does not have any girlfriends yet.

Christian has been working as a child actor since 2016 and has been highly active since then. he has been part of several movies and tv shows over the years and has earned a lot of wealth. He sources his income through his acting career and the net worth of his family as of 2021 is estimated to be around $5million.