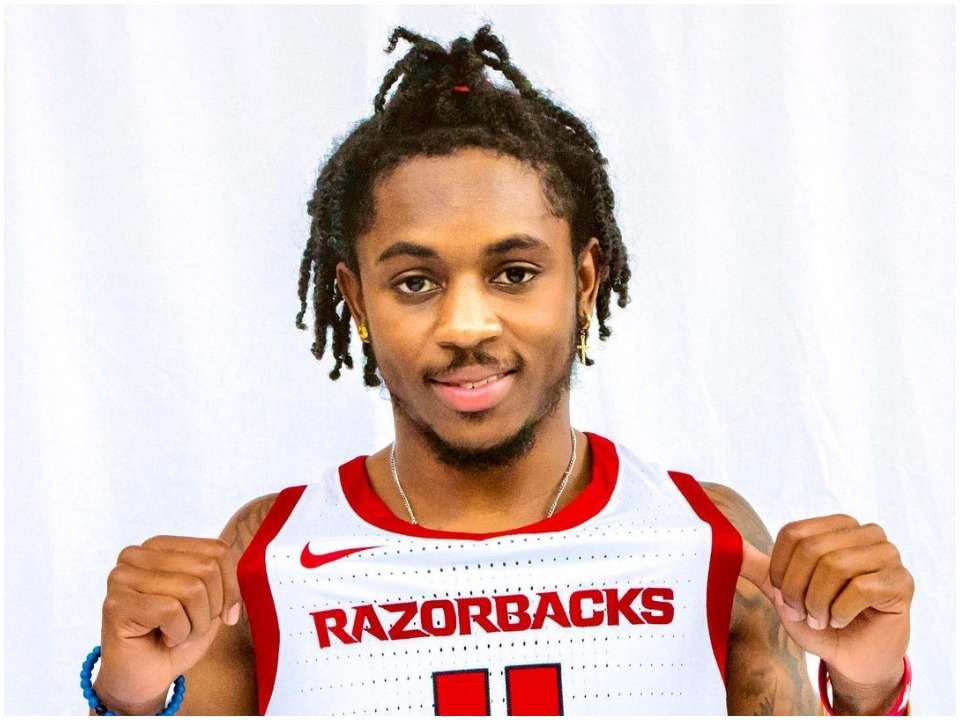 Chris Lykes plays collegiate basketball for the Southeastern Conference’s Arkansas Razorbacks. He was a member of the Miami Hurricanes in the previous season. Throughout his high school career as well as during his college career, he made some exceptional plays for his squad and emerged as a savior.

Chris Lykes was born on July 22, 1998, in Mitchellville, Maryland. His father’s name is Marvin while his mother’s name is Vanessa Lykes. Lykes started playing basketball in the second grade and went on to play for Gonzaga College High School in Washington, D.C. Despite being barely 5 feet 6 inches tall, he has been a starter since his freshman season (1.68 m). As a sophomore, he helped his team defeat top prospect Markelle Fultz and DeMatha Catholic High School to win the Washington Catholic Athletic Conference (WCAC) championship.

Chris Lykes was named WCAC Player of the Year and D.C. Gatorade Player of the Year in his junior season, averaging 22 points and 4.3 assists per game. He was named WCAC Player of the Year again as a senior, averaging 17.6 points and 4.2 assists.  Lykes passed Tom Sluby to become his school’s all-time greatest scorer on February 16, 2017. He scored 2,266 points throughout his career. Lykes was a key part of Gonzaga’s postseason triple crown, which included the WCAC, DCSAA, and Alhambra Catholic Invitational championships. According to ESPN, he was a four-star recruit and the No. 48 player in the 2017 class. Lykes chose Miami (Florida) over offers from Villanova and other NCAA Division I schools to play college basketball. Because of the success of fellow small guards Shane Larkin and Jeremy Lin, he was enticed to Miami.

Due to the success of fellow small guards Shane Larkin and Angel Rodrguez with the programme, he was enticed to Miami. Lykes averaged 9.6 points and 2.3 assists per game as a rookie. Lonnie Walker IV, a teammate, became a close friend of him. During his sophomore season, Miami coach Jim Larranaga referred to him as “crazy, but he’s also crazy good” because of his proclivity for taking risks that usually pay off.  In an 87–82 defeat to NC State on January 3, 2019, Lykes set a career-best with 28 points. In a loss to North Carolina on January 19, the Lykes scored 20 points and tied a season-best with four three-pointers. As a sophomore, Lykes averaged 16.2 points, 2.7 rebounds, and 3.2 assists per game.

For the second year in a row, he was named to the Atlantic Coast Conference (ACC) All-Academic Team. Lykes was chosen Preseason Second-Team All-ACC heading into his junior season.  A groin injury forced the Lykes to miss four games in January 2020. On March 8, he was forced to sit out a game against Syracuse due to a laceration near his eye. Lykes averaged 15.4 points, 2.4 assists, and 2.1 rebounds per game as a junior.  All-ACC Honorable Mention was given to Lykes. He suffered a season-ending ankle injury two games into his senior season. Lykes chose Arkansas over USC for his final year of eligibility and transferred to the Razorbacks.

According to our records, Chris Lykes is presently single. We don’t about Chris’s past relationships or affairs Chris loves to lead his personal life in private so he doesn’t share much about it. Chris is available on Social media platforms. On Instagram, Chris has over 64.8k followers with only 16 posts on that account. On Twitter, he has 11.7k fan following.

Currently, we can estimate Chris’s net worth between $100k to 500K. The main source of his earring is from his game.