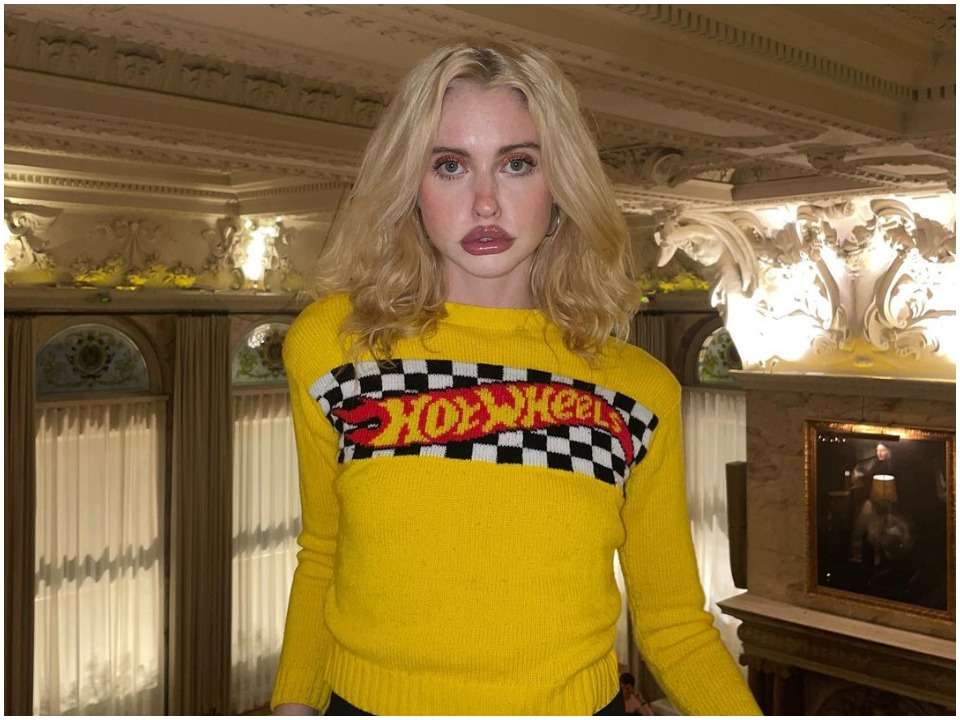 Chloe Cherry, previously known as Chloe Couture, is an American personality who is a model and actress by profession. She has developed her acting career in pornography which she has been maintaining since 2015 along with Hussie Models. Eventually, she has appeared in over 200 films starting with her acting debut as Faye on one of the HBO television series called Euphoria. Once on 9th March 2022, Chloe Cherry revealed on the podcast Call Her Daddy that she was once suffering from an eating disorder at the age of 18. She came to know about this when p[roducers on the set of pornographic films told her that she was fat and would have to lose weight. With the help of mental health professionals, she was able to recover from the disorder.

Chloe was born on 23rd August 1997 and as of 2022, she is 25 years old. She was brought up in Lancaster, Pennsylvania, where she spent her childhood while attaining her schools and colleges. She was often described as very conservative and boring while being a school or college mate. In her high school, she has worked on her school’s yearbook, reading the morning announcements and managing the band.

Cherry moved from Lancaster to Miami with the hope of becoming a pornography actress nearly after one week when she turned 18. At that time, she was using her stage name as Chloe Couture. She soon started getting assignments and signed a contract with a pornographic model agency named Hussie Models where she was represented by one of her seniors named Riley Reynolds. Later she moved to Los Angeles and signed another contract with Spiegler Girls. It was in 2017 when she changed her stage from Chloe Couture to Chloe Cherry because of the already present name Chloe Couture in the industry. By 2019, Chloe started getting roles and was starred in almost 200 pornographic films, with which she soon started gaining the limelight of Pornhub.

Because of the pandemic and loss of work, she started working with OnlyFans to sell her pornographic content. In actuality, Cherry made her acting debut with the HBO teen drama television series Euphoria in the second season while having a few of the recurring roles of Faye, a drug-addicted personality and a prostitute. Before appearing on Euphoria, Cheery made a pornographic parody of Euphoria, where she played the role of Jules along with her fellow artists including Jenna Foxx. In January 2022, Cherry signed a contract with a British modeling agency called Anti-Agency London. She made her debut with the agency in February 2022 where she appeared while walking for LaQuan Smith during New York Fashion Week.

Chloe Cherry has neither been seen with anyone out of the work nor has she disclosed any clue regarding her romantic or past love life. She is assumed to be living a single life for now and has not been involved in any kind of controversy.

Chloe Cherry has not disclosed her net worth. But, seeing Zendaya’s (who is also appearing on Euphoria since 2019) payment per episode of Euphoria which is nearly $50,000, we assume that Chloe must be having at least this much in her hand. So, summing up Cherry’s net worth, we can assume that she might be getting at least $1-2 million.