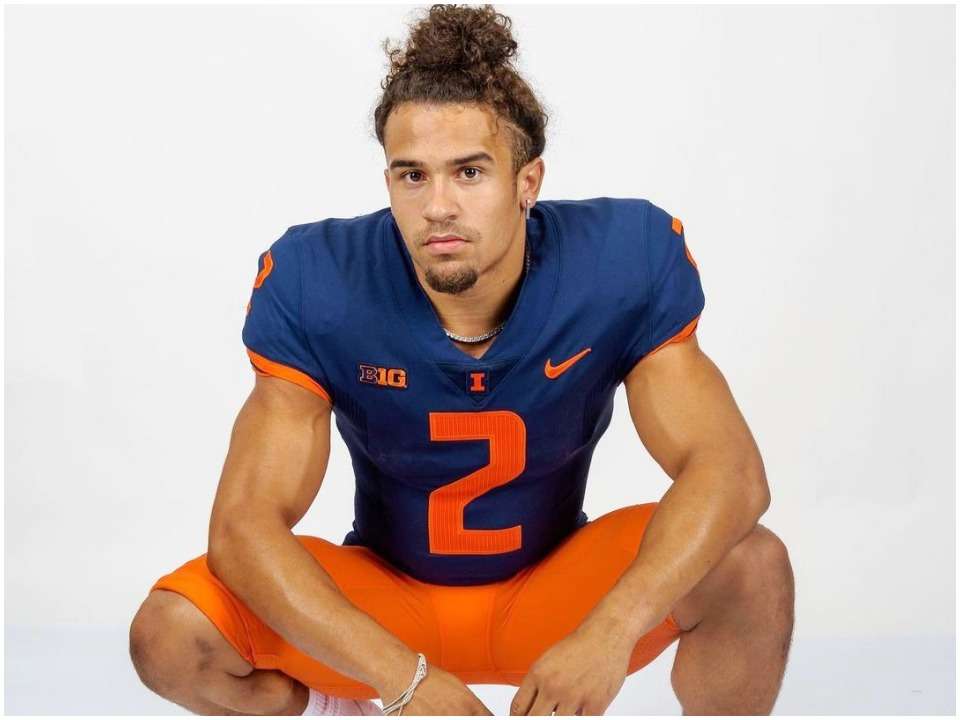 Chase Brown is an American football running back who currently plays for the team Fighting Illini of the University of Illinois. He is a collegiate national award winner and a highly valuable asset for the Illinois team for his excellent offense in matches.

Chase Brown was born on 21st March 2000, in London, Ontario, Canada. He is the son of Darren Isaac and Rachel Brown and grew up with his siblings Sydney and May. His brother Sydney is his twin and is also a football player. He belongs to a family of sportspersons as his father was also a football player in the early 1990s for London Beefeaters while his mother was a figure skater.

Chase completed his high school education at St. Stephens Episcopal and later for his college education and football, he joined Western Michigan University. He played for the team for freshman year and then transferred to the University of Illinois in 2019. He is currently in his junior year of college and is majoring in Communication.

Chase started his career in high school where he maintained a great record and became the school’s all-time leading rusher and the state champion in his senior year. By the end of his high school career, he was named as a three-star recruit and was also ranked as 59th running back in the nation by 247 sports. His college career began in 2018 when he joined Western Michigan and started playing as the running back for the team. He played a total of 13 games and made a season-high score of 15 carries and 52 rushing yards. Chase transferred to Illinois in 2019 in his sophomore season and made his debut against Michigan.

He was redshirted in his first season with the team and played 4 games. In the following season, he was again redshirted and the same year, he made his career-high record of 131 yards with 17 carries. He also became the Football Canada 2020 Fans Choice Canadian NCAA player of the year. Recently in the 2021 season, he recorded 257 rushing yards with 26 attempts and maintained an average of 9.9 YPC he also maintained his form throughout the season. He also received the titles of Phil Steele Pre-season All-big ten-second team, Athlon Pre-season All big ten fourth team, and the Doak Walker Award watch list. In a recent game against Nittany Lions, he managed to rush 223 yards and made 33 attempts to touchdown. His performance was incredible and led the team to secure a win with a 20-18 score.

Chase has not shared much about his personal life but is currently believed to be single. He has not been in any rumored relationships before and is also not open about his dating life on social media. Chase is active on his Twitter handle since 2014 and currently has 1231 followers on his account. He also has an Instagram account where he currently has 4.4k followers.

Chase Brown does not have any regular source of income being a college sportsperson. He is currently dependent on his family and earns through competitions and other small gigs. His family’s net worth as of 2021 is estimated to be around $700,000.