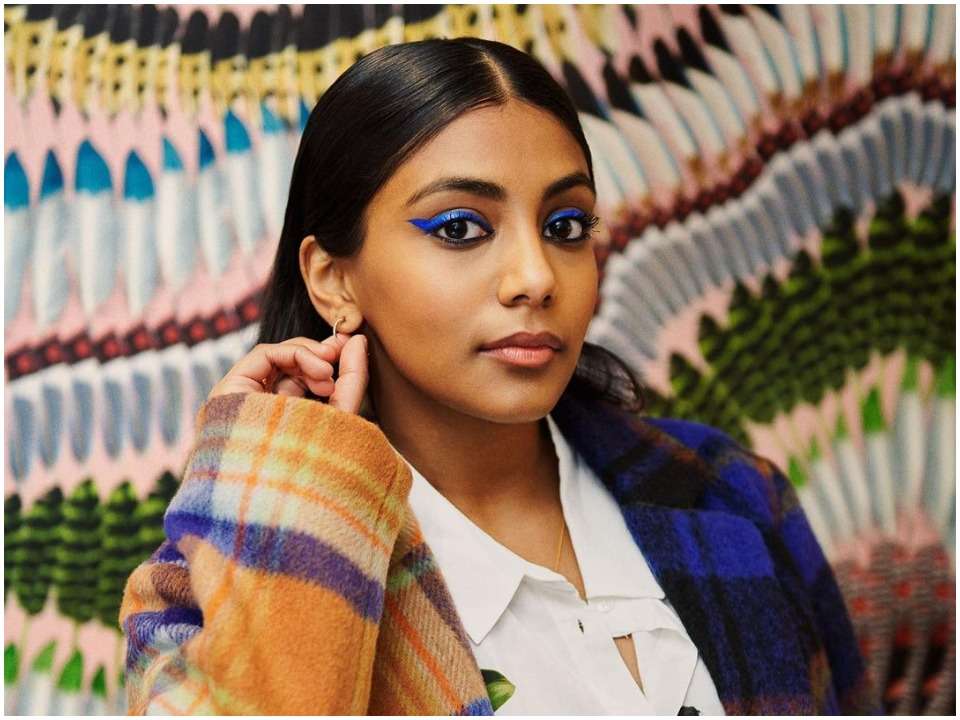 Charithra Chandran is a Scotland-born British actress. Chandran had to go through a period where she saw her parents fighting over disputes and other things and consequently they parted their ways. After the separation, she settled in the UK and became a citizen of the UK itself. Chandran has worked in a few notable short series, Netflix series, and films like Bridgerton and Alex Rider.

Charithra Chandran, the best known British actress, was born on 17th January 1997 and as of 2022, she is living in her mid-20s. Her parents could not pursue their marriage and got separated when she was merely two years old. Her father left for India for a brief period along with Charithra, where she stayed with her grandparents in Tamil Nadu. Upon returning, she along with her family settled in the UK at the age of 4, where she started going to one of the eminent schools in Liverpool. She got her primary education completed at Moreton Hall Preparatory School in Suffolk, where she studied and became 11 years old. After becoming 11, she settled with her mother in Oxford while her father started living in Wales.

Chandran is a graduate student of Oxford High School in the sixth form. Later, she pursued her degree in Bachelor of Arts with a major subject of Philosophy, politics, and economics from New College, Oxford, in 2019. While being in college and hustling for her life with her parents, she participated in various events, productions, and communities. Chandran has been trained by National Youth Theater. While having a year drop from her education, Chandran has also worked as a part-time member at the New Policy Institute. While in college, Charithra developed her passion for acting skills, thereby, she rejected the proposal of a job offer by the company BCG, which she often used to admire.

The aspiring British actress, Charithra began her acting skills in the TV industry while playing a featured role in season 2 of “Alex Rider”- a British spy thriller series. She has also cast a lead role in the TV series called Pillow Talk, where she handled the role of Stella. Currently, she is holding a character role in the series Bridgerton Season 2, which has now become a household name in the entertainment and TV industry. The series is creating a high buzz in the industry with its availability on Netflix and the recent release in the month of March 2022.

The series is being loved by the audiences in the genre of historical and romantic field, where Chandran has risen in the form of aspiring and great roles. Although Charithra Chandran is a new face in the entertainment industry, she is no more new to acting. She has trained herself with the plays, roles, and different characters while playing some tactics of acting in theaters. She was admitted to National Youth Theater, where she developed her passion and skills. Since childhood, she had been fascinated by the roles of people in films, so she started playing in theater and has developed herself into a dancer also.

Charithra began theater with one of the lead roles of Medea at the Keble O’Reilly Theatre, which she performed when she was still in college. She also handled a few other featured roles in the plays like Drunk Enough to Say I Love You, and House of Bernarda Alba. Charithra often speaks about her navigation in acting especially while going through theaters and commercial acts. She assumes her to be very lucky in response to getting good skills both in theater and TV acting skills. Charithra has developed herself while navigating through strong theater acts. She takes her theater roles as the best and most notable part of her life which helped her grow strong and reflects the way to work, operate, and approach different scripts. She got the chance to learn about different actors, work with them, and ultimately get prepared for the films, scripts, and write-ups.

Charithra is not romantically linked with anyone in the industry. She has a good base of acting in theaters and has developed herself while combating the hardship of her personal life.