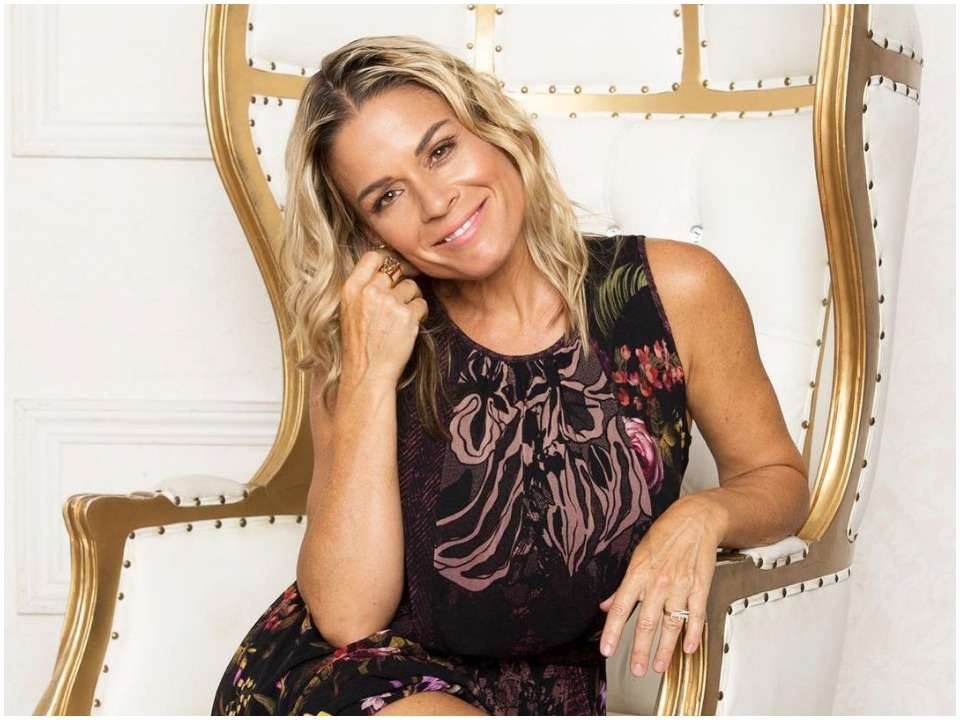 Cat Cora is an American personality who is a chef by profession. She is best known for her featured role as Iron Chef in the series Iron Chef America. Despite this, she also co-hosted the show called Around the World in 80 Plates.

The popular American chef Cat Cora was born on 3rd April 1967 and as of 2022, she is 55 years old. The lady was born to her loving and caring parents named Virginia Lee and Spiro “Pete” Cora. She was brought up in Jackson, Mississippi. Her grandfather and father were both restaurateurs. When Cora was merely 15 years old, she brought a business plan to her father and grandfather with curiosity and knowing that they could be of some help to her.

Cora was highly impressed by her Greek heritage and Southern roots. She combined all her experiences and prepared a book that was later published and called Cat Cora’s Kitchen. This was Cora’s first book that was ever published. She went to the University of Southern Mississippi from where she received her degree of science in exercise physiology and biology. Later, she enrolled herself at the Culinary Institute of America in Hyde Park, New York.

After receiving her primary and secondary education, Cat Cora partnered with various corporations. The notable corporations included Macy’s (helped Cat Cora to open Cat Cora’s Que (CCQ) in 2008), a restaurant in Costa Mesa, California (helped Cat Cora to launch a series of webisodes called Muppets Kitchen in 2010), and several airports across the US including George Bush International Airport in Houston and Salt Lake City International Airport, where she was given the help of launching her kitchen and market called Cora’s Kitchen and Cat Cora’s Gourmet markets in 2011 and 2012 respectively. For a short period, She appeared on the show Simplify Your Life, co-hosted the show called Kitchen Accomplished. Later in 2011, she launched her line of cookware in conjunction with Starfrit, who is one of the leading purveyors of food preparation products in Canada.

Cora made her consistent appearance on the television with the show called Iron Chef America, spending at least 10 series in the line. With this she became the first female Iron Chef and wrote the history in the name of the television show, joining Bobby Flay, Mario Batali, and Masaharu Morimoto. In February 2013, Cora opened one of the leading restaurants at the S.E.A. Aquarium at Resorts World Sentosa off Singapore with the name “The Ocean Restaurant”. It was initially made with 63 seats and gradually became the world’s largest oceanarium which possessed stunning views of the deep ocean and sea wildlife. Thereafter in 2017, Cora co-hosted the Fox reality show called My Kitchen Rules. Back in 2021, Cora took part in the Second Annual Tournament of Champions on the Food Network but lost the game to another participant named Michael Voltaggio.

Catherine grabbed the attention because she is making her appearance on the show “The Real Dirty Dancing”. It is one of the newest shows that will be telecast on Fox. The show featured eight celebrities where they will be given the task of learning iconic dance moves and competing in little competition. They will be given the deadline and the winner will become the next Johnny and Baby. All the contestants have been paired up and are stuck to the rule of elimination every passing week. The inaugural season of the show included the celebrity contestants, Loni Love, Anjelah Johnson-Reyes, Brie Bella, Corbin Bleu, Cat Cora, Howie Dorough, Antonio Gates, and Tyler Cameron.

Cat Cora has married twice in her life. From 2013 to 2015, she was married to her longtime partner named Jennifer Cora but the marriage didn’t work for them and the partners filed for divorce after 17 years of their togetherness. However, they both told the media outlets that they were separating because of “mutual decision” during their time, the couple had four sons who were all born with the help of in-vitro fertilization. All the sons were named Zoran, Caje, Nash, and Thatcher.

Again in 2018, She married for the second time with Nicole Ehrlich. Ehrlich has been awarded Emmy Awards, has won a few of the Grammy awards, is an American producer, director, and women’s rights activist. The marriage could barely run for a few years and after 3 years in May 2021, it was announced that the couple is taking divorce (the reason being unstated). Ehrlich is herself the mother of two sons which she shares with her previous relationship with Rosa Ehrlich.

As of Celebrity Net Worth, Cat Cora’s net worth is estimated as $4 million. She earns a hefty amount because of her different business ventures, restaurants, kitchens, and her appearance on the shows. Her massive net worth comes not only from her chef profession but also from a few of the shows like Iron Chef America, Around the World in 80 Plates, etc.