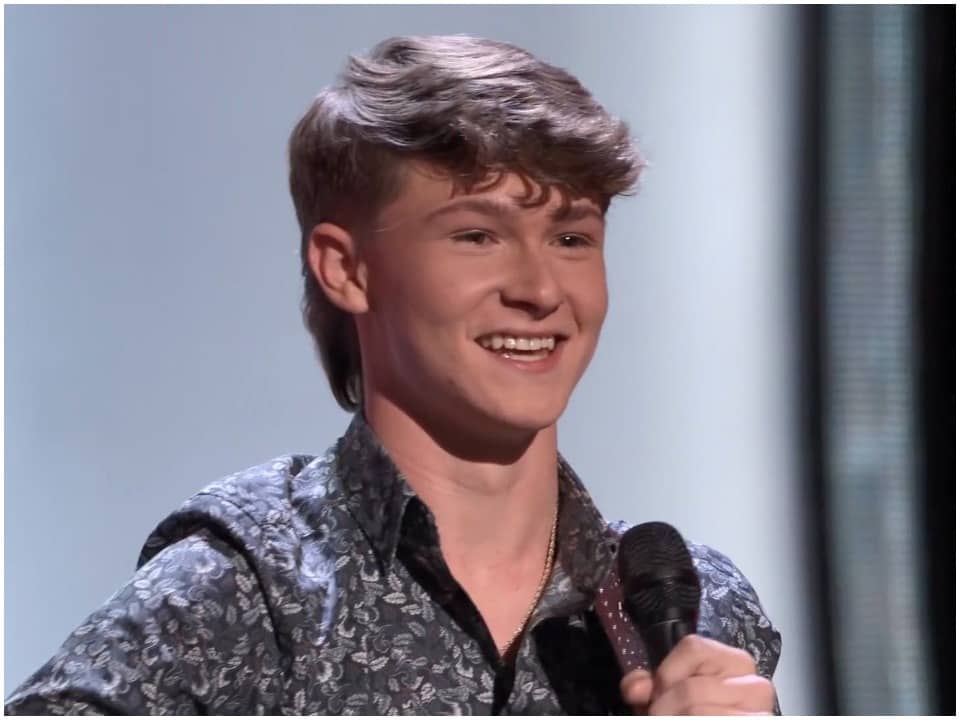 Carson Peters is an emerging and budding country singer and musician currently known to be a contestant on the music reality show The Voice season 21. He recently gained a lot of recognition through his blind audition performance for the show.

Carson Peters was born in the year 2004 and is currently 17 years old and grew up in the town of Piney Flats, Tennessee. His father James Peters is also a country musician and is part of the band Iron Mountains along with Carson. However, there is not much available about his mother but he belongs to a Christian family and is of white ethnicity. Carson is currently pursuing his high school education but has not shared about his institution. He is currently believed to be homeschooled due to his busy schedule with the band and as a singer.

Carson is a young and emerging country and bluegrass singer and musician. He has been pursuing country music and performing in different shows and competitions. Carson is also part of the country and bluegrass band named Carson Peters and Iron Mountain where he is the lead singer and his father is also a member. He performed the song Blue Moon of Kentucky an original song of the band, on the show “Kickin back” The band released its official EP named Grass stains in 2019.

Recently in 2021, he participated in the reality singing show The Voice in the 21st season. he appeared in the Blind Auditions where he performed the song “Tulsa Times” by Don Williams. His performance impressed all the judges and he successfully entered the show getting a four-chair turn. He got all the four judges fighting over whose team Carson must join. He even led John Legend to stand up and sing along with him.

Carson has not shared details about his personal life with media and also does not share much through social media. He currently seems to be highly focused on his career and building his path as a successful country singer thus he is believed to be single. He is settled in Piney Flats, Tennessee, and has shared that he loves to play the fiddle.

Carson Peters has been regularly performing along with his band in several shows and events and has earned a lot through the same. He is currently dependent on his family and thus his individual income is unknown. His family net worth is estimated to be around $200,000 but the information is not official.