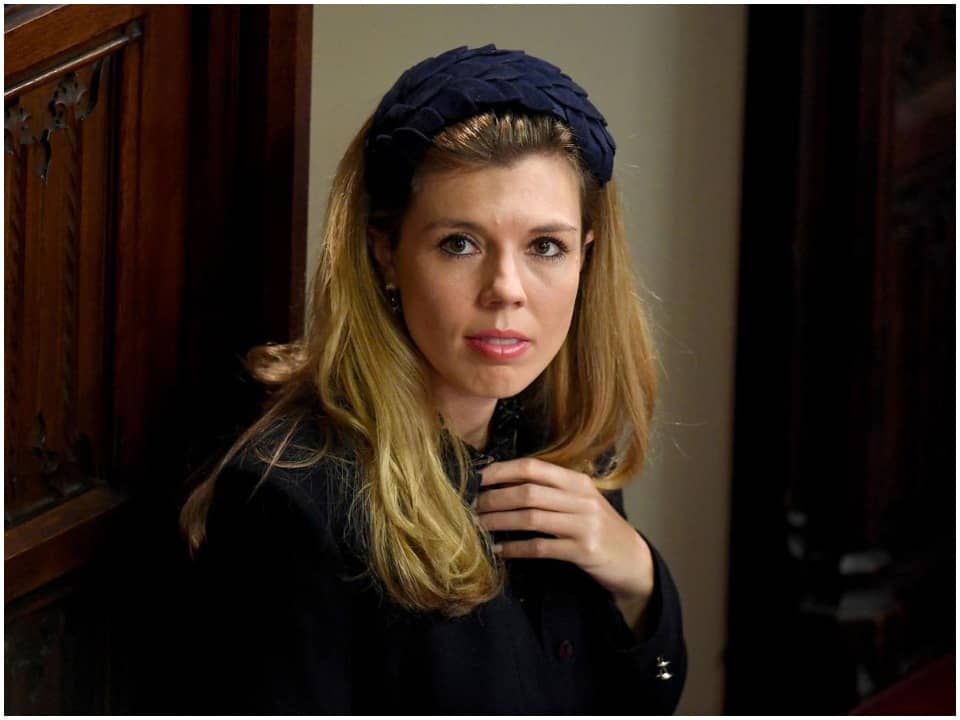 A Political activist and conservationist, Carrie Symonds is a wonderful lady and highly well-known for being the wife of the Prime Minister of the United Kingdom, Boris Johnson. Currently, she serves for the ocean conservative charity Ocean as a senior advisor. She is probably a powerful woman and holds the authority to manage the country. Carrie Symonds is well known as Carrie Johnson after her marriage to Boris Johnson.

Carrie was born on 17th March 1988 in London, England. She is a daughter to Matthew Symonds, who is a co-founder of The Independent, and Josephine Mcaffee, who is a lawyer working for The Independent newspaper. Her paternal grandfather was John Beavan, Baron Ardwick, who was an editor of the Daily Herald and a Labour Party MEP. Her paternal grandmother was Anne Symonds, who served as a journalist for the BBC World Service.

Carrie went to attend Godolphin and Latymer School, an independent girl’s school between 1999 and 2006. Later she went on to attend the University of Warwick, from where she graduated with a degree in Art History and Theatre Studies in 2009.

After completing her graduation, Carrie did various jobs in public affairs in London. Fortunately, in December 2011, she got a job and worked for Johnson’s successful 2012 London re-election campaign. She also served under conservative MPs such as Sajid Javid and John Witting Dale. Later she joined the conservative party in the communications field and started serving as the head of the broadcast initially. After a few years, she got promoted and became the political press advisor. In June 2017, she became the party’s director of communication. However, later in 2018, she resigned and left the conservative party to head up Bloomberg’s ec0-initiatives Vibrant Oceans.

Symonds was in a romantic relationship with the British politician Boris Johnson in 2018, while he was still married to his second wife, Marina Wheeler. Later the couple officially moved into 10 Downing Street in July 2019. On 29th February 2020, the couple finally announced their engagement news. They got engaged in late 2019 and announced about they were expecting a baby in mid-2020. On 29th April 2020, the duo was blessed with a baby boy, Nicholas Johnson. He was born in the University College Hospital in London. The couple took vows on 29th May 2021 in a secret ceremony at Westminster Cathedral, where only family members and close friends were invited. Prior to Boris Johnson, she was in a relationship with Harry Cole, who is a British political journalist.

Carrie has accumulated a huge sum of money over these years. Her estimated net worth is around $500 thousand while her annual salary comes around $40 to 50k. she amassed her wealth mostly from the income she earns from her profession. Currently, she is leading a happy married life full of luxuries and comfort.