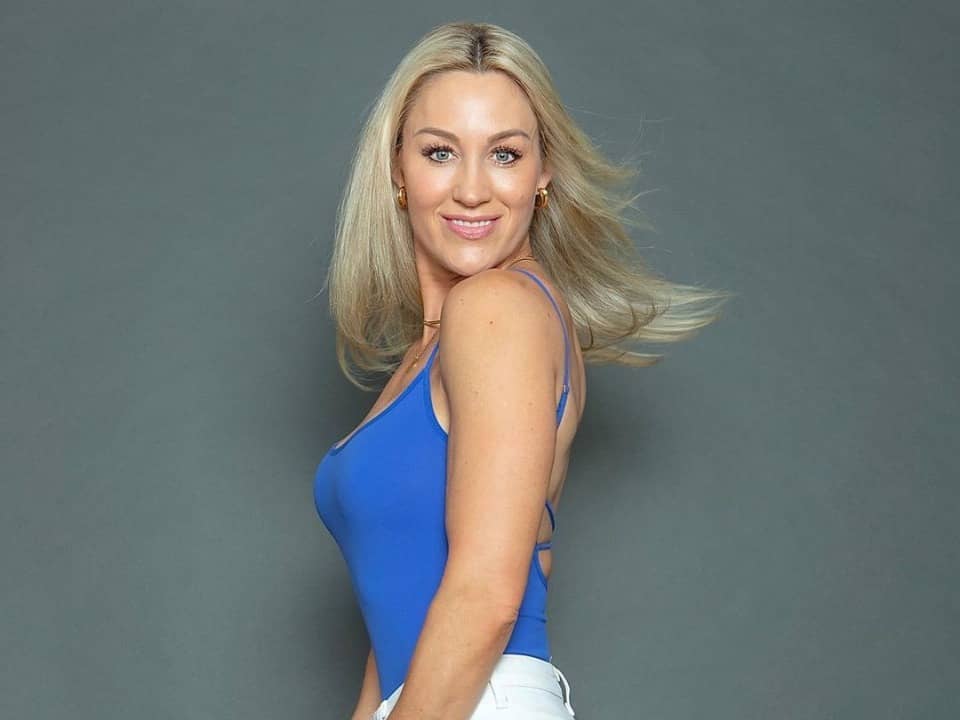 Caroline Pearce is an English athlete, host, model, and author famously known as the host of UFC: Octagon and UFC Fight Pass and as a heptathlon athlete. She is a well-known name in the sports industry and has several years of working experience with multiple channels and media houses.

Caroline was born on 1st September 1981 in Cambridge, England. She was born in a Christian family but has not shared much about her parents, family, and background but her family is settled in London, England. She was always athletic as a child and starting participating in athletics even before her teens. Caroline has not shared much about her early education but is believed to have completed her high school education from a local school in England. She has also pursued a college education and has procured two degrees, Bachelor’s and Master’s of Science in exercise physiology and nutrition, and from Loughborough University in 2004.

Caroline started her career as an athlete at a very early age and by the age of 15, she started representing England at the World Pentathlon Championship. In 2004, she competed in the heptathlon event at the 2004 European Cup and also reached the finals. The following year, she also participated as Bobsledder in the 2005 World Bobsleigh Championship. She was also a part of her college’s heptathlon, bobsleigh, and athletics team. In 2008, she started working as a presenter at The Active channel and worked on shows like The Rugby expo, The fight factory, etc. she left to work in 2009 and joined as a presenter of Smoked out motoring at Nostrairway Media house. She only worked there for a short while alongside working as a presenter at MSN for The Paris Motor Show.

She got involved in more mixed martial arts events and in 2018, she became the reporter for Professional Fighter’s League. She is also known to be an author and wrote her first and only published book titled “Human Kinetics: The science of Sport” in 2011. Currently, she works as a fitness trainer on FitOn where she started working in 2019, and as a presenter and Host on BT sports network where she presents the show UFC: Beyond the Octagon. She also works as a fitness content creator for New Shoot pictures since 2012 and as a spokesperson and trainer at Performance health systems since 2006.

Caroline Pearce currently known to be in a relationship with Jason Shane Scott, an American actor famously known for movies like Wolf of the wall street and Starship troopers, etc. she has not shared any details about when they started dating and their current plans and has kept her dating life private. She currently holds an American Residency and is settled in Los Angeles.

Caroline Pearce has been working as a presenter and host for several years and has earned a lot of wealth. She majorly sources her income through her profession as a presenter and anchor and her net worth as of 2021 is estimated to be around $6million.