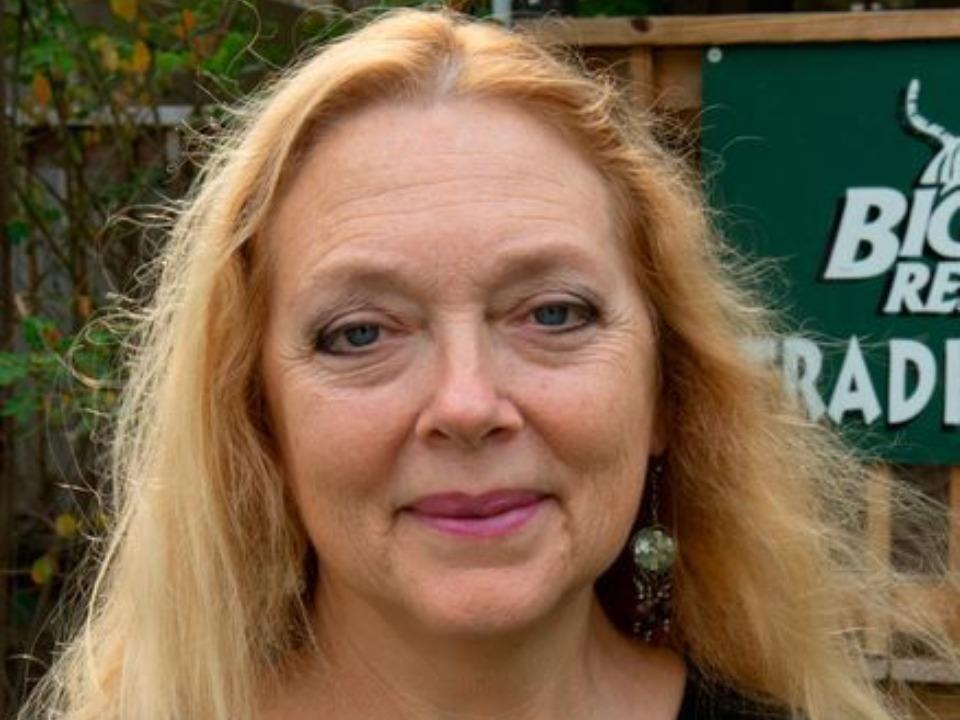 Carole Baskin is an impactful American lady who is a big-cat (Panthera genus which includes Tiger, Lion, Jaguar, Leopard, and Snow Leopard) rights activist and CEO of Big Cat Rescue, a non-profit animal sanctuary based near Tampa, Florida. She became an online sensation due to reasons which were not exactly right as she became the subject of internet memes and people became suspicious of her with regard to the sudden disappearance of Don Lewis, her second husband.

Carole Baskin belongs to Bexar County, Texas, U.S. She was born on 6th June 1961 and it was clear from her earlier childhood that she wanted to do something for the cats and save them from the very tender age of 9 but she decided against veterinary medicine after she came to know about ‘Animal euthanasia’. Carole was a drop out of high school itself and she kept traveling places back and forth along with her pet cat.

She worked at a departmental store at the age of 17 and also bred show cats to make money. She joined Don Lewis i.e. her 2nd husband in his real estate business. They also founded the ‘Wildlife on Easy Street’, an animal sanctuary for the big cats in 1992. She is the current chief executive officer of the sanctuary, which she renamed Big Cat Rescue sometime after Lewis’s sudden disappearance in 1997.

She hosts podcasts on social media platforms like Facebook and YouTube namely “The Cat Chat” to promote activism against private zoos. People describe her as an animal rights activist. Carole drew instant attention from the public once the Netflix documentary series Tiger King, she featured in, released in 2020. The series is about Oklahoma-based private zoo operator Joe Exotic. It follows both Baskin and Joe Exotic, displaying their ongoing and escalating feuds over exotic animals in private zoos. In 2020, Baskin was cast in season 29 of ‘Dancing with the Stars.

She married Michael Murdock at a very young age and became pregnant soon after. She said that she did not ever love him but only married him because her parents were disappointed with the couple’s live-in relationship. Baskin claims that it was an attack from Murdock which made her meet Don Lewis. Carole and Don Lewis engaged in an affair while both were still married. Both divorced their partners in 1991 and married each other. Both of them didn’t particularly gel well later on. Don Lewis wanted a divorce but Baskin gave the request no importance.

Carole even claimed that Don Lewis was diagnosed with bipolar disorder and this happened months before he vanished. The mysterious case of Don Lewis and his sudden disappearance remains to be a mystery even in 2020. Some conspiracy theories even state that she fed her husband to a tiger. Nothing is proven to date though. Then, she met Howard Baskin in 2002. He joined Big Cat Rescue soon after as chairman of the advisory board. He proposed to her in 2003 and they got married in 2004.

Along with the money she makes as the CEO of the Big Cat Rescue, Carole also inherited a huge sum of cash from her husband, Don Lewis, who went missing in 1997. It is estimated that she has a net worth of around $ 3 million.