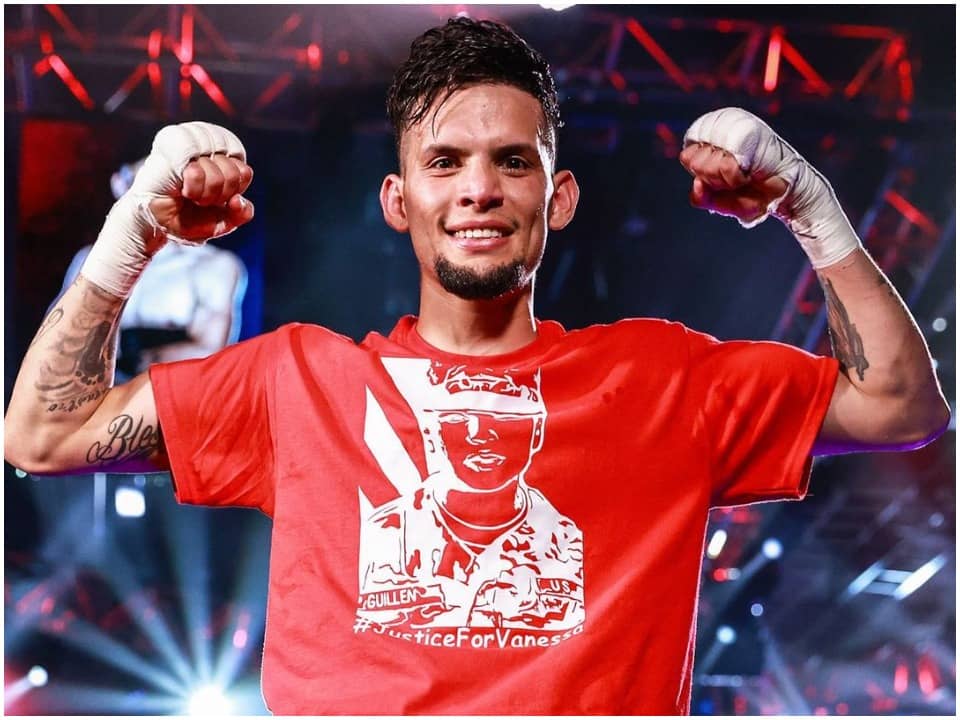 Carlos Castro is a talented Mexican Pro Boxer. He showed interest in boxing at a very young age as his brothers were getting in trouble so it became a positive outlet for him. At the age of 10-15, he was a three-time winner of the National Silver Gloves. Recently in 2021, he competed against Oscar Escandon at T-Mobile Arena, Las Vegas, which was for the vacant WBC Continental Americas featherweight title.

Carlos was born on 6th March 1994 in Ciudad Obregon, Sonora, Mexico. The name of his father is Marcos Castro while the name of his mother has not been mentioned yet. He also has brothers whose details have not been shared. At the age of six, he was introduced to boxing by his father. Carlos must have completed his high school education from Carl Hayden in Phoenix, Arizona, and inclined towards in the field of sports from an early age. While he was in Phoenix, he received training in boxing from Coach Jesus Soto.

Carlos began his career in the field of boxing. He had an impressive record of 98-10. His age was between 10-15 and was competing as an amateur boxer. Along with that, he has competed all over the U.S. including California, Texas, Denver, Utah, Michigan, and many more states.  On 16th June 2021, he made his debut at Celebrity Theatre in Phoenix, Arizona and over there he defeated Tony Green in a four-round bout. From 2012-2015 he defeated Angel Gonzales, Eric McNorris,  Jazzma Hogue, Jamie Gutierrez, John Herrera, Raymond Chacon, Angel Monrreal, and many more at Celebrity Theater, Phoenix.

He also competed at U.S. Airway Centre, We Ko Pa Casino, Fort McDowell, and Convention Centre, Tucson. From 2016-2019 he competed against Eduardo Rafael Reyes, Jorge Diaz, German Meraz, Juan Palacios, Basilio Nieves, Alexis Santiago, Diuhl Olguin, Daniel Lozano, Mario Diaz and Genesis Servania. In 2020 he competed at Celebrity Theatre, Phoenix against Jesus Ruiz and Cesar Juarez at The Bubble, MGM Grand, Las Vegas. His most recent fight was against Oscar Escandon and he won it in the 9th round as Oscar was knocked out by TKO.

Carlos is married to Kareli, a young and beautiful girl from Mexico but was raised in the United States. She has encouraged and supported him a lot in his boxing career. The couple is blessed with a two- year old son named Jerry.

Carlos has earned a lot as a boxer. By winning competitions he used to earn from the prize money. According to sources the details about his net worth have not been shared with the media yet. Some other sources of his income are earned from sponsorship and by attending various events.