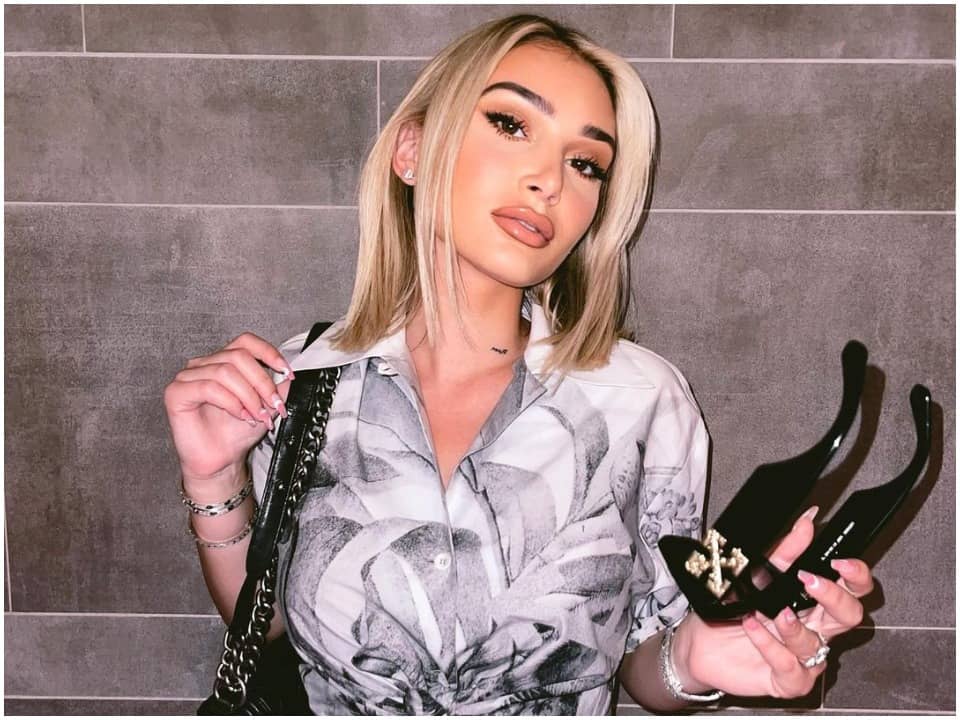 Camaryn Swanson is an American Fashion Designer and Social media personality. She is the owner of a lifestyle and fashion company named Meaning of Mine. Along with that, she is now represented by Genflow Talent Agency. Currently, she has put the allegations on Tyga a singer and songwriter, for physically abusing her and the police are investigating the case.

Camaryn Swanson was born on 25th January 1999 in Atlanta, Georgia, United States of America. The names of her parents are James Todd Swanson and Nicole Ciavatto Swanson. She has a younger sister named Elle Swanson. At a young age, she showed interest in the fashion industry as her mother was involved in the same.

Camaryn went to Hillel Community Day School and J.P. Travella High School where she completed her high school education. Later she went to Florida State University but the details about her courses are not in limelight. As she entered the fashion industry and got involved in building her career.

Camaryn was inspired by her mother and decided to pursue her career in the field of the fashion industry. Her mother runs a design studio named Camelle Miami. She also works as a fashion designer. Along with that, she has launched a popular fashion site named Meaning of Mine with her sister. She is also a popular social media personality and an influencer. Along with that, she has collaborated with various brands. She has also been interviewed by various media. On her Instagram, she has earned over 802 thousand.  In 2021 she is being represented by Genflow Talent.

Camaryn is under the spotlight because of a controversy. According to the media, her ex Tyga was arrested by the Police for a domestic violence incident on 12th October 2021.  She shared some pictures on social media and said that she was physically abused by him. Currently, Tyga is being interviewed by the police and soon the official comments are going to be out by the police. Tyga has denied the claims about physically abusing her. After her claims, she has been spotted by paparazzi in Los Angeles streets with black eyes. She was spotted hanging out with her guy friend and is not hiding behind closed doors.

Camaryn was previously in a relationship with Tyga who is a famously known Singer. His real name is Micheal Ray Nguyen Stevenson. They started dating in February 2021 and later had a torrid breakup. She has not shared details about her previous relationship with the media yet.

Camaryn Swanson has earned a lot in her career by working as a fashion designer and social media personality. According to sources her net worth has been estimated at around $150,000. She mainly earns from her website, Sponsorship, and by attending various events.