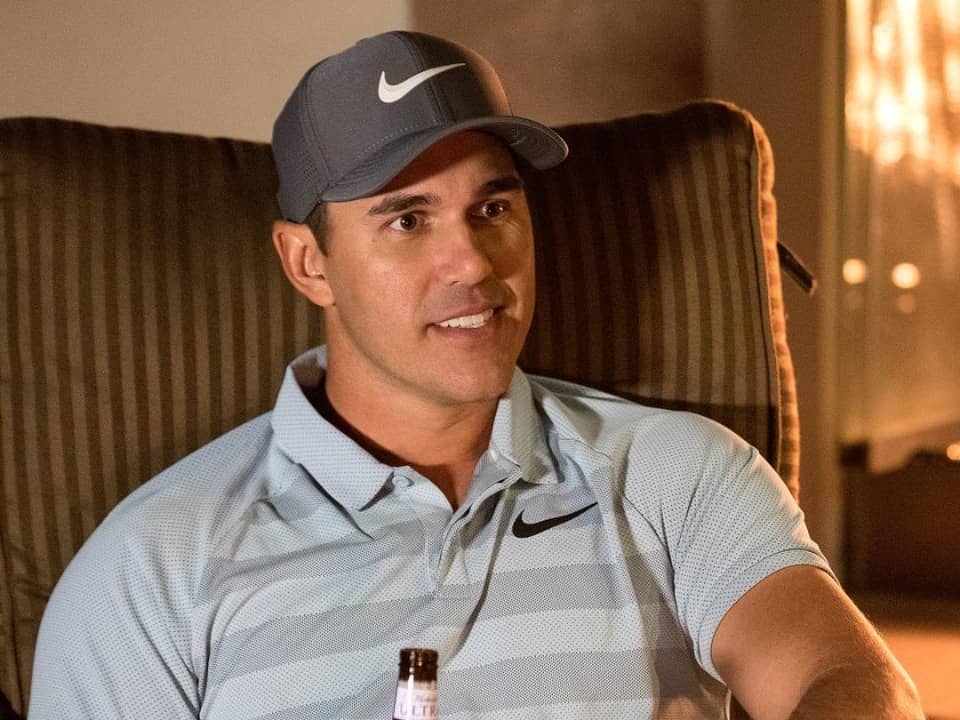 Brooks Koepka is an American Professional Golfer on the PGA Tour and has been the World Number one as well as the 2018 CJ cup champion. He is one of the most prominent personalities in golf in the present day and is highly respected.

Brooks was born on 3rd May 1990 in West Palm Beach Florida, USA, and is currently 31 years old. He grew up in the Lake Worth region with his Christian family and is of white Caucasian ethnicity. he was born to his parents Bob Koepka and Denise Jakows and is also known to have a sibling brother named Chase Koepka who is also a professional golfer.

Brooks has completed his high school graduation from Cardinal Newman high school in West Palm Beach and later went on to attend the Florida State University but his major is unknown. He graduated with a bachelor’s degree in 2012.

Brooks started his career as a golfer in college where he used to play collegiate golf events. He won three events and competitions throughout the time and also became a three-time All-American titleholder. In 2012, he turned professional and debut with the Challenge Tour in England. The following year he won the 2013 Montecchia Golf Open and the Scottish Hydro Challenge. The same year, he qualified for the 2013 open championship as a member of a European tour. In the 2014-15 season, he became the PGA rookie of the year and finished at 15th position in the championship. He later won the Turkish Airlines open and also ranked 8th in the race to Dubai 2014 for which he received Sir Henry Cotton Rookie of the year.

Brooks won his first-ever PGA Tour event in the 2015 Waste Management Phoenix Open and was ranked at World number 19. He then won the US Open titles twice in a row in 2017 and 2018 and the same year, he won the CJ cup and became World Number 1. Brooks stayed in the position for 47 weeks and in 2019, he won became the PGA of America Player of the year awardee. He is also known to own a business with his family named Havsies, a popcorn company started after being inspired by his mother’s recipes. To this date, he has recorded 8 PGA tour wins throughout his career. In the recent 2020-21 season he could not play many games due to his knee injury but returned to win the Waste Management Phoenix cup open and also came 2nd in the 2021 PGA championship.

Brooks is known to have hit a female spectator in her right eye during the 2018 Ryder Cup which caused a lot of media spur and brought him under a lot of global criticisms. He was also rumored to have a personal conflict with his teammate Dustin Johnson but none of the rumors were proved. Recently, he got into a controversy with the fellow golfer and competition Bryson DeChambeau who was facing equipment issues in the recent game and said that he hates his driver. To this, Brooks jokingly commented saying that he loves his driver which increased the tension between the two.

Brooks is currently engaged to his fiancé Jena Sims, an American Actress, and model. The two have been dating since 2017 and announced recently in April 2021 about being engaged. Jena is highly supportive of Brooks and often goes to watch his games.

Brooks has been a professional golfer for several years and has earned loads through winning championships and also through sponsorships. He is also known to source a section of his income through the business Havsies. His estimated net worth as of 2021 is around $10million.

Brooks is a well-known figure among golfers and sportspersons and is highly respected for his constant growth and wins over the year. He has become an idol for several budding golfers and an inspiration for many. He has achieved a lot professionally and is now set to voyage on a new journey in his personal life and we wish him all the luck for his engagement.