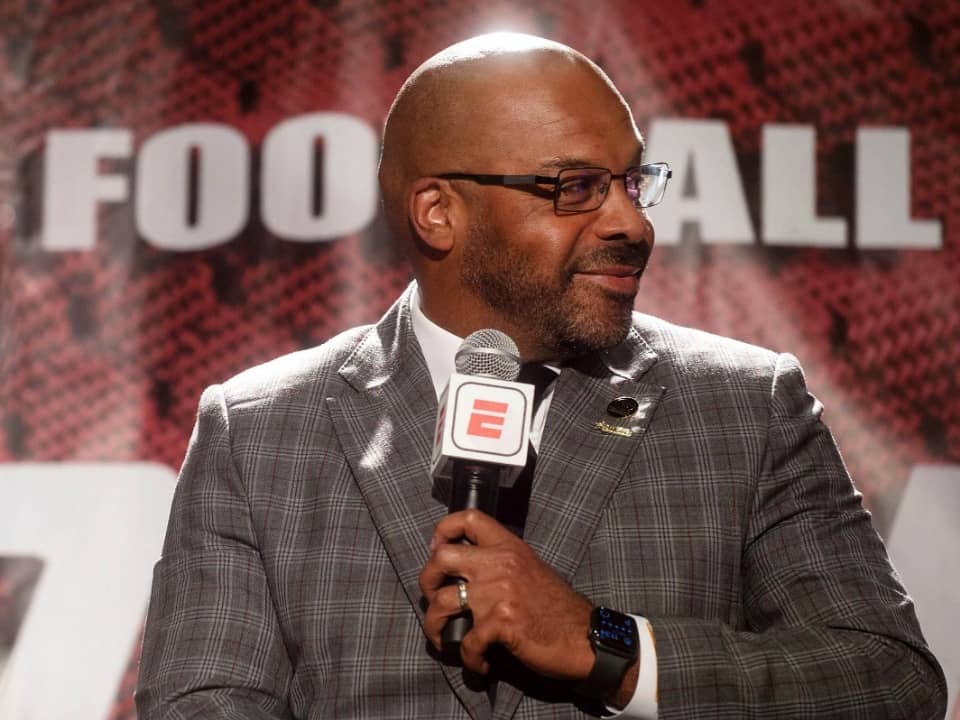 Broderick Fobbs is currently working as a head coach of the football team at Grambling State University. He had earlier worked as head coach for various schools and later on 4th December 2013, he was introduced to head coach the team Tigers.

Broderick Fobbs was born on 2nd August 1974 in Monroe, Louisiana. Fobbs was one of the multi-sport athletes at Carroll High School in Monroe, La. He was being appointed as the team captain and earned the honor of all-state in football in 1990 and 1991 and all-region title in baseball in 1990. Broderick has also remained a state qualifier in the open 200m dash in 1991. He also played in-state baseball and football before attaining the scholarship to Grambling State University as a running back.

Broderick Fobbs understands the demands of student-athletes on the field and off the field. He has entered his eighth season as a head football coach. He coaches the teams at Grambling State University. In 2018 & 2019, Fobbs led the team called Tigers at Grambling State University to reach a score of 6-5 as an overall record. The university had a total of four players who were named to All-SWAC teams and earned SWAC Defensive Player of the Year honor continuously for the second consecutive season. De’Arius Christmas got himself being recognized at the national or international level as he became one of the 14 finalists for the William V. Campbell National Football Foundation Academic Award.

Fobbs’ team tigers have been ranked among the top conference in almost six categories including turnovers gained, turnover margin, defensive touchdowns, blocked kicks, fumbles recovered, and passes intercepted. In 2017, Fobbs marshaled the team of Grambling State to attain an overall record of 11-2 ending the season with the loss to North Carolina A&T State in the Celebration Bowl. However, the team Tigers continued to grow with repeated participation and winning as SWAC Champions, classic win over Clark Atlanta, rival Southern, Prairie View A&M, and beating Alcorn State. Fobbs has remained a four-time coach for SWAC and led the Tigers to receive the final ranking of 14th place in the FCS Coaches and 16th place in the STATS FCS Top 25 Poll.

In 2016, Fobbs led the team Tigers to achieve an overall record of 11-1 while ending the season as SWAC champion, HBCU National Champions, and Air Force Reserve Celebration Bowl Champions. After repeatedly achieving the SWAC Western Division Championship, winning the SWAC Championship Game, and defeating the North Carolina Central University with 10-9, the team Tigers stood out as the top teams of all FCS football. Grambling University Team finished the 2016 season with an 11-game winning streak while earning the 25th SWAC title (first was won since 2011) and 15th HBCU football national title (the first won since 2008), with 15th rank in FCS Coaches Poll and 16th rank in the final FCS STATS Poll.

It has been just three years that Fobbs has not received the SWAC title as being the coach of the team. But later, he led the team Tigers to achieve a 25-2 regular-season conference record. At the end of the season, the team won all-conference honors. He coached his team in such a way that two of his players won the national honors including Devante Kincade who won the Offensive Player of the Year, and Donovan McCray who won the Defensive Player of the Year award for the season.

During that season, Fobbs won the title of 2015 SWAC Coach of the Year, BOXTOROW Coach of the Year, and showed his presence in the final list of STATS FCS Coach of the Year. Fobbs represented himself as one of the successful coaches while being at Northwestern State from 2002-2006 where he recruited two of the most productive receivers in history being named Derrick Doyle and Toby Zeigler. They both ranked at the first and second position respectively in the school in receptions.

Fobbs earned his bachelor’s degree from Grambling State University in 1997. He is married to Kimbia Jones. They together have two children named Kyndal and Rylee.