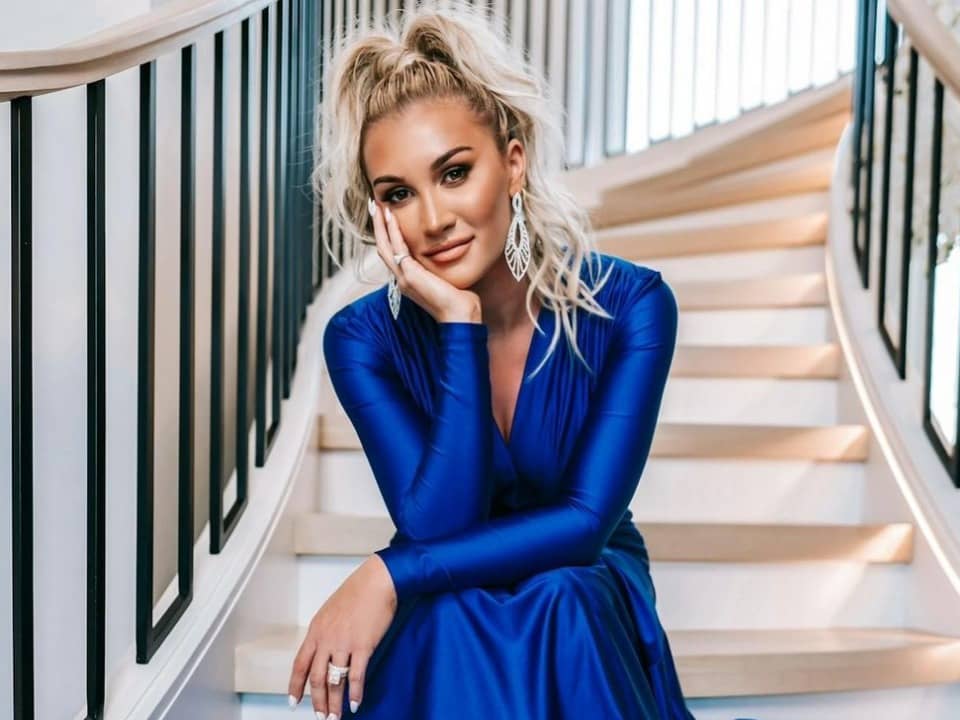 Jason Aldean’s wife Brittany Aldean is intending to be the voice of the people. Some personalities cannot speak on their political affairs publically and Brittany is one of those personalities who feel that people don’t speak out of the fear of online penalties or retributions. Jason Aldean is the country star and his wife recently shared political views on her social media. Her words have often lead to controversies and debates among the followers. What she feels is that it helps several people and her followers to reach out to her privately.

When the 33-year old woman, the mother of two, conducted an online questionnaire on her Instagram stories on 12th August 2021 night, she resisted the question, “what helped you be more open about your political views on here when most people don’t agree?” On this question and answer segment on her social media platform, she has gained the private support of hundreds of her followers in her DM asking for politically charged posts. What she has informed to media is that followers realize more than what they can see publically.

Brittany Layne Kerr was born on 19th June 1988 in Charlotte, North Carolina, the USA in a family of five members. Her father’s name is Donald while her mother’s name is Debbie and also has two siblings, one brother Hunter and a sister Kamden. She went to the South Mecklenburg High School in her hometown and was interested in cheerleading ever since then. After that, she enrolled in the University of Alabama at first but later shifted to the University of North Carolina where completed her graduation in Human Environmental Science.

Earlier like this scenario, she spoke out publically about her political beliefs when January 6 riot at the U.S. capitol took place. At that time many supporters of the riot for the former president Trump gathered in Washington, D.C. where hundreds of people gathered and breached the security at the U.S. Capitol and some people died as the result of the riot.

Despite her backlash and controversy over her opinions, Brittany Aldean remained undeterred. She shared series of her photographs on her family’s gathering in the honor of a significant holiday with the surrounding that was decorated with stars and stripes, balloons, and American flags.

She was in a love affair with Jason Aldean for almost three years. Brittany has two step-daughters Keeley and Kendyl and also has two children of her own from her marriage with Jason Aldean named Memphis Aldean Williams (boy) and Navy Rome Williams (girl). After giving birth to her son, she admitted in front of the media that it took her an endometriosis diagnosis and in-vitro fertilization treatments to bear a child.

On March 21, 2015, the country star Jason Aldean married the love of her life who came to be called the second wife Brittany Kerr (now Aldean) after a whole drama of their relationship in 2012. Brittany Aldean once participated in American Idol for season 11 of the series. Being nominated as “other woman” after being nominated by TMZ and getting close to the country star at Los Angeles bar, (where) he appeared on the show as a special guest. The highly publicized event took place before the country star took divorce from his first wife Jessica Ussery. Jessica Ussery gave birth to the two oldest daughters from Jason Aldean named Keeley and Kendyl.

Brittany has now become one of the top public figures. She has been criticized for lots of her nominated questions that she used to pose on her social media platforms. Brittany has married one of the millionaires of America. She is estimated to earn $1.2 million from her fame and public figure.

Trivia: the story behind her question and answer segments!