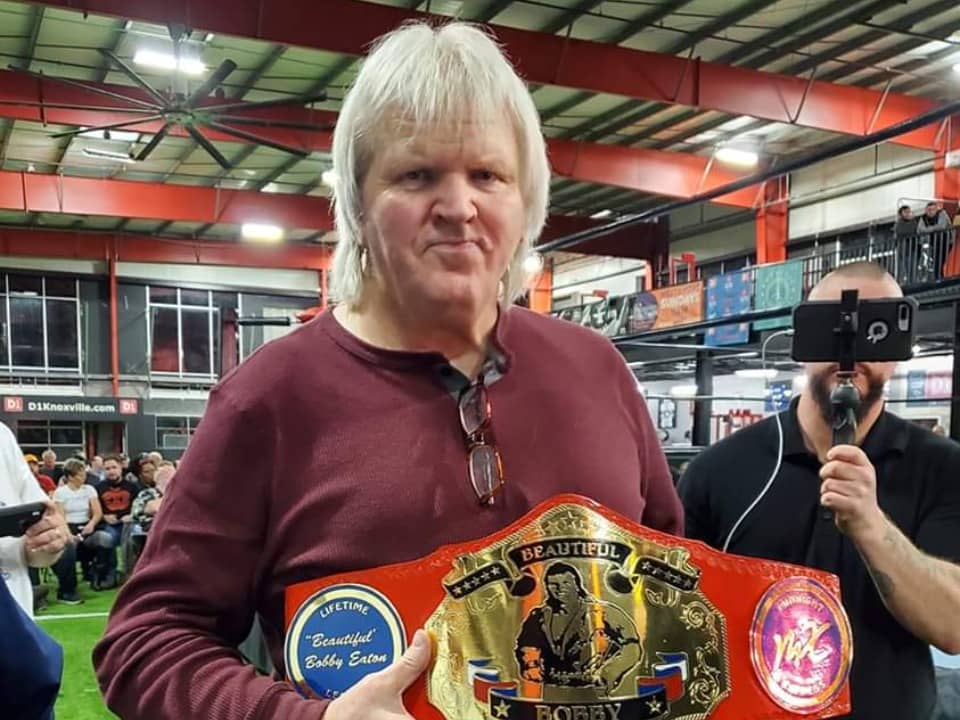 Robert Lee Eaton is another name for Bobby Eaton who is no more in this world. He debuted in 1976 as a professional wrestler in the United States and gained fame for his involvement in tag teams, particularly as one-half of The Midnight Express. He first linked up with Dennis Condrey and afterward with Stan Lane under Jim Cornette’s management.

Bobby Eaton was born in the United States on August 14, 1958, in Huntsville, Alabama. While growing up in Huntsville, Alabama, he was fascinated by wrestling and remained a huge fan of professional wrestling, particularly the NWA Mid-America promotion. Nick Gulas, who put on wrestling shows throughout Alabama and Tennessee, was in charge of this company. Eaton got his start in wrestling at the age of 13, when he was a student at Chapman Middle School and helped build up wrestling rings in his community. He went on to become a professional wrestler after training under Tojo Yamamoto.

Eaton’s professional career began in May 1976, when he made his debut in NWA Mid-America at the age of 17. He was a last-minute substitute for Wright’s absent opponent in his first match, a loss to Bearcat Wright. He rapidly established himself as a regular in Mid-America, where he continued to train with the more experienced wrestlers. Eaton fought the Blonds with a number of partners, including his old trainer Yamamoto and Pez Whatley, dubbed “Pistol.” When the Blonds chose to leave NWA Mid-America, the narrative claimed that Eaton was to blame for their departure. He teamed up with Leapin’ Lanny Poffo to win the NWA Mid-America Tag Team Championship in 1978.

Eaton began a feud with Chris Colt in the spring of 1979, with the goal of establishing Eaton as more than simply a good tag team contender. Eaton wrestled for Georgia Championship Wrestling for a short time, winning the National Television Championship in the process. Jim Crockett Promotions (JCP) signed Eaton, Condrey, and Cornette in 1985, and they were given national exposure on JCP’s broadcast programs on SuperStation TBS. Eaton and Lane became champions in May 1987, after just a few months of working together, when they won the NWA United States Tag Team title for the first time, a title they would go on to win three times throughout their time together. Eaton’s adventure continued, and he accomplished things he had never imagined possible.

Bobby Eaton did not spend much time on social media after retirement, preferring to spend time with his family. He has a Facebook fan page called Bobby Eaton/Midnight Express Fan Page, which had 4.6k followers.

Donna Dundee, the daughter of Bill Dundee, was Eaton’s wife. They had to keep their relationship a secret from her father when they initially started dating since her father had barred her from dating the wrestlers he was booking. Dundee gave in when he found out she was seeing Eaton since he was such a good person. Dustin, Dylan, and Taryn are Eaton and Donna’s three children; Dylan is a professional wrestler. Donna Dundee passed away on June 26, 2021. She was  62years old at the time of her last breath.

On Wednesday, August 4, 2021, pro wrestling icon “Beautiful” Bobby Eaton died at the age of 62. Bobby’s sister, Debbie Eaton Lewis, verified the news on Facebook. She didn’t say what caused her death. Eaton was admitted to the hospital in late July following a nasty fall. During the accident, he reportedly shattered many fingers and injured his hip. It’s unclear whether his death was related to the earlier accident.

Bobby was one of the wealthiest wrestlers of his era and also so much popular as he was one of the most well-liked fighters of that time. As a result of his dedication and hard work, he has amassed a net worth of $3 million dollars.