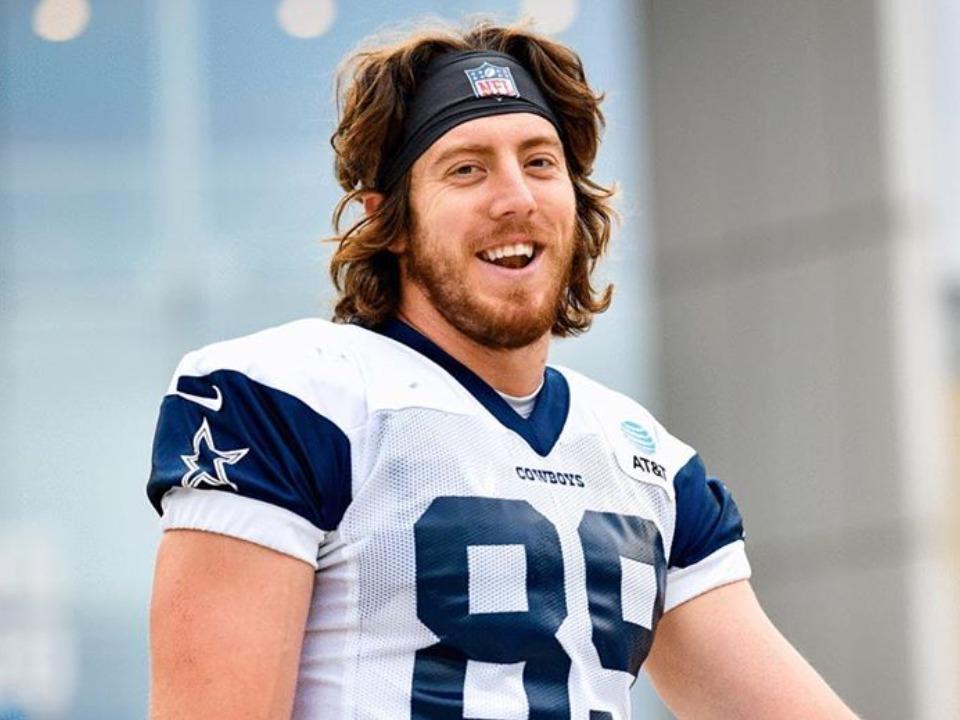 Blake James Jarwin is an American professional footballer who plays as a tight end for the Dallas Cowboys of the National Football League (NFL). 2021 marks his fourth season for Dallas Cowboys and slowly he is improving his  gameplay as well.

Blake Jarwin was born on July 16, 1994, in Oklahoma City, United States to parents James and Leslie Jarwin. Blake attended Tuttle High school in Tuttle, Oklahoma. In his high school apart from football he also played baseball, basketball, and track and field. He then attended Oklahoma State University where he played college football and graduated with a degree in management in 2016. He also received the team’s Barry Sanders Award, which is given to the players with maximum contribution with the least recognition.

Blake started to play football in high school. He made seven catches for 145 yards and 38 tackles and 3 sacks. When he attended Oklahoma State University he mostly played as tight end and special teams. As a freshman, he practiced but was not seen in any game. The next year as a sophomore, he played each game. He was seen in the spotlight against Texas Tech, he made 5 receptions for 107 yards including a touchdown of 47 yards. In 2015, Jarwin was a junior in Oklahoma he played a total of 11 games, missing the last two due to injury.

He was one of the four players to earn both first-team All-Big 12 and first-team Academic All-big 12 honors. He registered 17 receptions for 200 years with 2 touchdowns. In 2016 he also recorded 19 receptions for 309 yards with two touchdowns as a senior. In 2017 he was signed with Dallas Cowboys as an undrafted free agent. He was added to the active roster to avoid losing him to the Philadelphia Eagles. Blake was only seen in one game for the season.

He has his best game in his career against New York Giants in 2018, catching 7 passes for 119 yards and three touchdowns. He was also named NFC Offensive Player of the week because of his outstanding performance. The following year, he also gave an impressive performance with six receptions for 50 yards against Chicago Bears. In March 2020, Jarwin signed a three-year contract extension worth $24.25 million. He is also ready to set afoot to compete for the starter position. This is his 4th season playing for NFL.

While Jarwin was attending Oklahoma State University he met, Peighton Coleman. They both have been seeing each other for years now and are all set to get married.