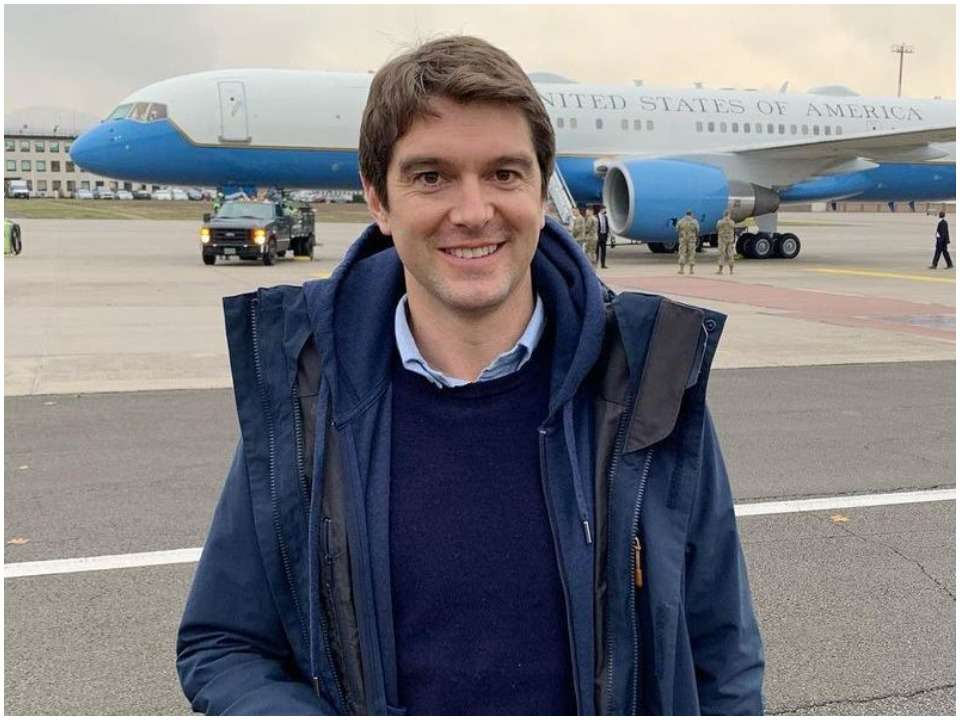 Benjamin Hall is an American & British personality, who is working as a British journalist and serving as the State Department correspondent for Fox News Channel. He became a part of the Fox News channel in July 2015. Despite being a journalist, he is the author of the book named Inside ISIS: The Brutal Rise of a Terrorist Army. Recently, he has been in the news because he got injured during the Russian attack on Ukraine on Monday, 14th March 2022. While he was gathering information outside the capital city of Kyiv, which was under heavy attack by Russian forces, he got himself hurt. Currently, he is 39 years old and has covered the war zones in Iraq and Syria.

Benjamin Hall was born on 23rd July 1982 and as of 2022, he is a 39 years old personality. He owns a family including his wife and three daughters. Benjamin was brought up in London (where he spent his childhood while growing up) having dual citizenship in both the US and UK. He went to Ampleforth College, City of London School, and Duke University to complete his primary and secondary education. Later, he received his degree of BA from Richmond University London. Hall received his post-graduate degree diploma in television journalism from the University of the Arts, London.

Benjamin Hall (journalist) began his profession in the field of journalism while focusing on MIddle East. Since 2007, he has been writing from the frontlines for The Times of London, The New York Times, The Sunday Times, The BBC, The Independent, and other outlets. Over the past few years, Hall has been traveling to Syria and Iraq for filing dispatches for BBC Radio and Agence France Presse. During the height of the siege, Hall smuggled himself into Misrata, Libya, and did reporting for Esquire Magazine, Channel 4 News, and others regarding the indiscriminate shelling of the local publications of Muammar Qaddafi.

Back in 2014, during the siege of the Mogadishu parliament, Hall was embedded with UN troops and wrote for The Times. He also reported for Egypt, Haiti, and Iran and was one of the jury members of the London Kurdish film festival. On 14th March 2022, the news was announced that Hall injured himself while being on the assignment of covering the Russian invasion of Ukraine in March 2022 outside the city of Kyiv. However, the circumstances of the injury were not informed further.

Benjamin Hall (journalist) is a happily married man, who has a wife named Alicia and has together produced three children, all daughters. The couple is reportedly residing in London where he has his family including his wife and three children. Alicia is an Australian personality who is a businesswoman and her complete name is Alicia Meller. The couple exchanged the rituals of marriage in July 2015. The couple got married at the Brompton Oratory in London. In one of the posts of July 2020, Hall posted the photo of his wedding with the caption describing that it has been 5 years and how happy they are living together with each other.

Alicia Meller is currently serving in charge of the international development of the Australian “Fashion and Shoe brand Senso”, which was founded back in 1979 by her parents. Alicia has two sisters, one of whom is serving as in charge of the design department and the other one is serving as in charge of social media and marketing. On the other hand, Alicia’s parents often fly between London and Sydney, where the brand is situated. During the time of their marriage, the couple has welcomed their three daughters, whom the couple often adores and post their pictures while sharing their love for each other.

Benjamin Hall’s net worth is nearly $3 million. He often flies to different states, cities, and countries in the wake of work and covers the live reporting of the natural or mankind destruction. He is widely popular for his efforts, his hard work, and the courage he shows while reporting. Recently, he is in the news because of being injured in the war between Russians and Ukrainians. We wish for a safe and secure world and stand against the war. We hope that the conditions of every journalist will be better in the end.