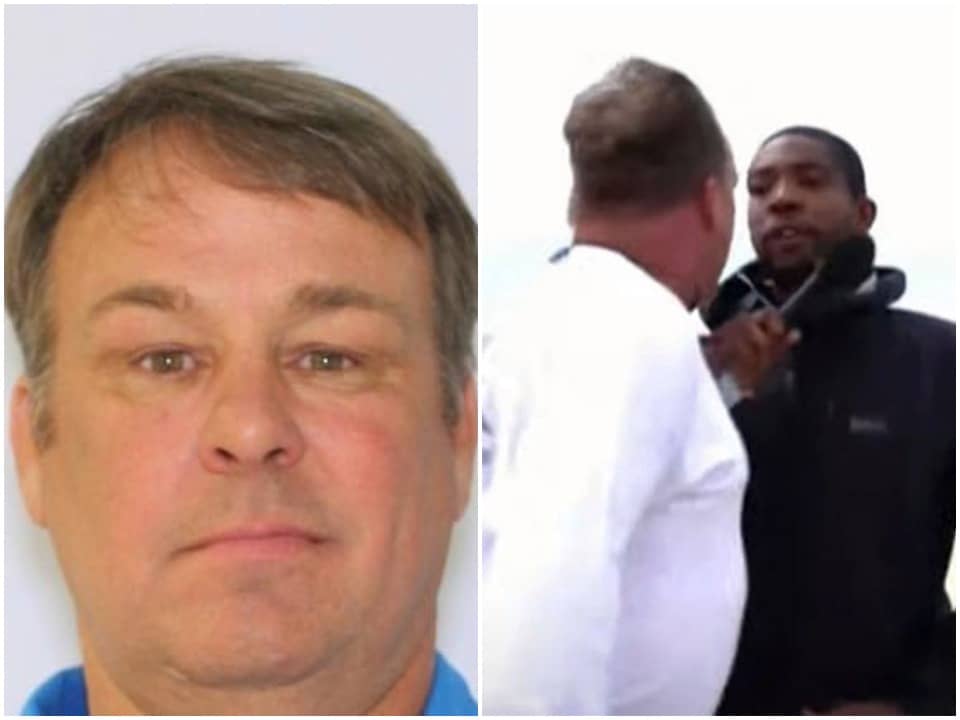 Benjamin Eugene Dagley is an Ohio man. He was found guilty of approaching MSNBC reporter Shaquille Brewster live on television without any reason. The incident took place in Mississippi while the NBC reporter was on air talking about the Hurricane. According to the Gulfport police, he is on-demand for multiple charges and recently on probation in his Ohio state home. He was being identified by the public after getting asked for tips. His video of the quarrel with the reporter went viral on social media platforms on 30th August 2021. On the other hand, Brewster was not subjected to any damage or injury.

As per the record found on the internet, Benjamin Dagley was born on 14th April 1967 in Wooster, Ohio. In the past, he married but at the moment, he separated from his wife who currently lives in Ohio. In the past, he was quite infamous for such criminal activities and had been in a custody few times as well.

The 54-year-old man was charged with two counts of simple assault. One was being the violation of peace and another one was the violation of the emergency curfew that was issued on 31st August 2021 as said by the Gulfport police. According to the police, the Gulfport authorities contacted the probation department in regards to review Dagley’s criminal history and determine whether he could have any probation violation in Ohio. According to the police, Dagley lives in Wooster and is restricted for the condition of traveling to another place or state, or city. Further investigations have revealed that Benjamin Dagley had left the area immediately after getting revealed on the social media platforms. The Gulfport police department had thanked the public who helped to identify the man behind creating a disturbance in the public area.

The police have confirmed that Dagley was found assaulting MSNBC correspondent Shaquille Brewster on highway 90 on 30th August 2021. The incident took place at 12:38 pm when the city was imposed under wide curfew. Police had also put out a request thanking people who helped to identify the man seen in the MSNBC video and getting to know his name in few hours after the incident took place. The MSNBC video shows Brewster was reporting near the water body about Hurricane Ida when all of a sudden a white truck came near him. The man could be seen getting out of the truck and approaching Brewster while he was talking live on the air. Then, Brewster turned around to see the man coming from behind and yelling at him. The man yelled the words like, “report accurately, report accurately”.

Immediately after he yelled at Brewster, he moved away and asked the cameraman to turn around saying that we deal with such people every day. Brewster continued with his report live on the television while Dagley was yelling that could be picked up by his microphone. Brewster told Melvin that he was going to toss back it to him because the person needed a little help that time. The man who was later identified as Benjamin Eugene Dagley got into Brewster’s face screaming, “report accurately, report accurately”. Melvin then said, “Hey, Hey, Hey” as the TV network was live.

After the incident, Shaq Brewster thanked everyone on Twitter and said that he was all good. Brewster had been working as a correspondent at MSNBC and NBC News for more than seven years. The information was brought out after seeing his LinkedIn profile. To start with his career, he worked at NBC News as a Tim Russert following from 2014 to 2015. He later worked as a campaign reporter in 2016 following by the producer in Chicago from 2016 to 2019 and then a political reporter from 2019 to 2020 before becoming a wanderer correspondent.

Earlier Ben Dagley was arrested in August 2017 while he was found guilty in an incident that took place at a company that he owned. Dagley was then 50 years old who was accused of breaking into the electroplating company and inculcating the hole into tanks containing dangerous chemicals. In that case, one of the employees was hospitalized for getting exposed to a dangerous chemical as said by police at that time. Moreover, the newspaper reported that the tank contained chemicals like hydrochloric acid, sodium cyanide, yellow chromate, sulfuric acid, and ferrous chloride. And according to the owner of the company, he said that time if you mix the chemicals- cyanide and hydrochloric acid- you probably get the cyanide gas of World War 1. It could have produced the toxic gas that could kill everyone present at the time of the incident.