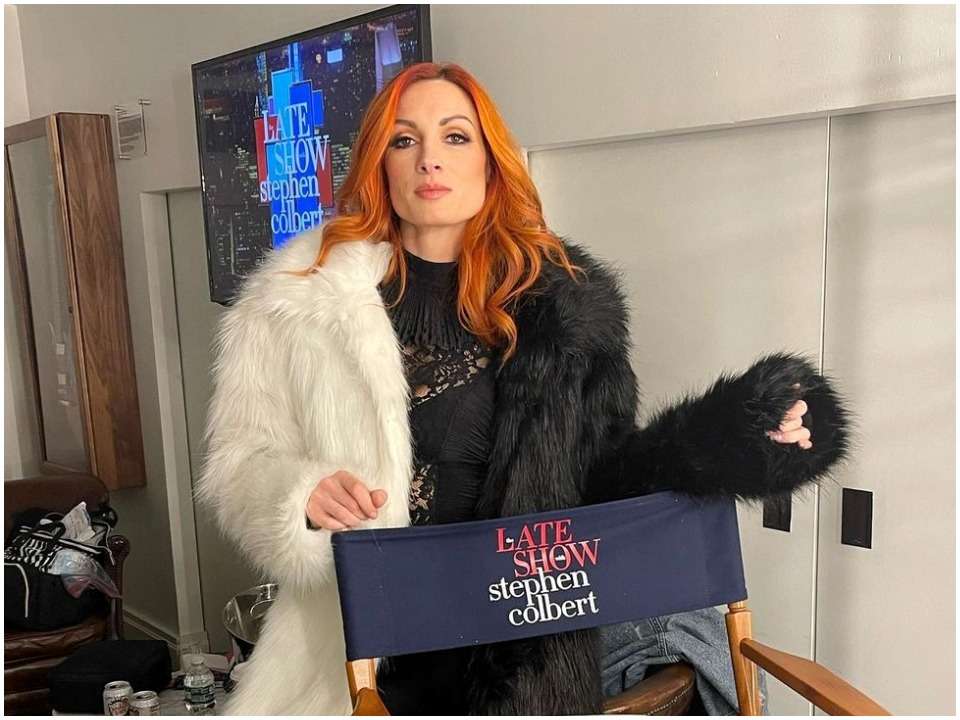 Rebecca Quin is a very famous Irish professional wrestler and actress. She has been signed to WWE under the ring name Becky Lynch where she performs on the Raw brand. She is one of WWE’s most famous and highest-paid wrestlers. Twitter named her 6th on the list of Top Female Athletes Worldwide in 2019. Recently she lost one match against Bianca Belair and shared a photo of her holding the RAW women’s title.

Rebecca Quin was born in Limerick on 30 January 1987 to her parents. She was brought up in the Dublin suburb of Baldoyle. Her parents were separated when she was just one year old. She has a brother and his name is – Richy. Becky started watching professional wrestling from a very young age with her brother, who later wrestled under the ring name Becky and graduated with a degree in the field of acting from the Dublin Institute of Technology.

She also brags about having attended Colombia College Chicago and the Gaiety School of acting from where she completed graduation. Becky Lynch was an active player in her older days who excelled in various sports like swimming, basketball, polo, etc. She was only 15 years old when she enrolled in fellow wrestler Finn Balor’s wrestling school.

Becky Lynch started her training as a professional wrestler in June 2002. She went ahead to compete in the Elite Canadian Championship Wrestling and also won the Super Girls Champion in June 2005. Between the years 2011 and 2012, she got into the movie industry and worked in several plays. Stephanie McMahon called out for a revolution in the WWE. Lynch then became the 2016 inaugural Smackdown women’s Champion at Backlash. Becky Lynch also emerges the winner of the 2019 women’s Royal Rumble match in January. She holds the record of being the four-time women’s in WWE and made her professional wrestling debut five months later on 11 November, using the ring name Rebecca Knox.

She worked with her brother in mixed tag team matches during the early part of her career. Becky was also trained at British professional wrestling promotion NWA UK Hammerlock. She appeared in a 2013 episode of ‘Viking’ and also made an appearance in ‘The Marine 6: Close Quarters.’ Her character, ‘Lynch,’ appears in three video games. In February 2016, she started dating Luke Sanders, an MMA fighter in the ‘Ultimate Fight Championship (UFC).’ It is believed that the two separated in April 2018.

Since January 2019, she has been dating her fellow WWE Superstar Seth Rollins, and they announced their engagement in August of the same year. This couple welcomed their baby daughter Roux in December 2020. They were tied the knot on 29 June 2021. Becky Lynch is also known for her bold, beautiful, and hot looks. She is very active on social media and also shares her bold, charming, travel, life events, gymming images, and videos on her Instagram account, where she has 5.1m followers, and 2m followers on Twitter.

As of April 2022,  lynch has a net worth of $5 million, according to our sources. Her annual salary with the company sits at $250,000. Lynch is one of WWE’s highest-paid superstars and the highest-paid female wrestler in the world.