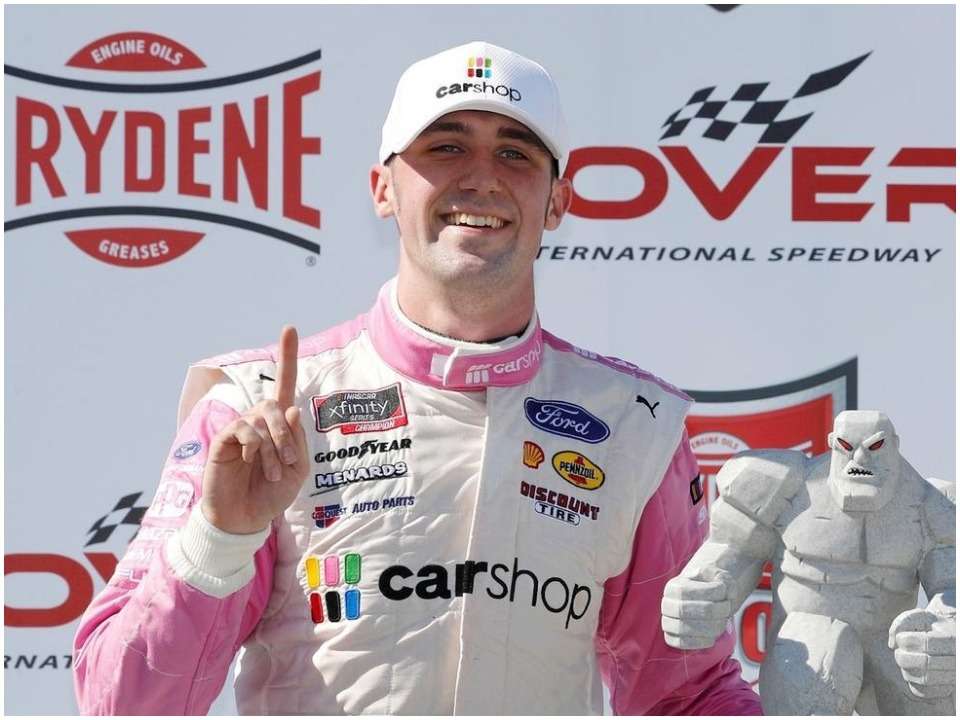 Austin Cindric is an American professional auto racing driver who is competing full time in NASCAR Cup Series. He competing for Team Penske and is driving the No.2 Ford Mustang. In 2014 he was honored with Bronze at X Games Austin in Summer X Games. Recently in 2022, he was 1st in the cup series of Daytona International speedway leaving behind D. Wallace Jr. and C. Briscoe.

Austin Cindric was born on 2nd September 1998 in Columbus, Ohio, United States of America. The names of his parents are Tim Cindric and Megan Cindric. He has not shared information about his siblings with the media. Austin has completed his schooling at Cannon School and graduated on 18th May 2017. The details bout his further and higher education have not been shared with the media. He went to Skip Barber Racing School and gained road racing experience.

In 2013 and 14 he was seen racing at US F2000 National Championship. He also drove for Andretti Autosport and Pabst Racing Services. From 2014 to 2016 he was seen competing at Global RallyCross Championship, X Games Austin 2014, IMSA Continental Tire SportsCar Challenge, Bathurst 12 hour, Canadian Tire Motorsport Park, and Pirelli World Challenge. His stock car racing includes a series of Regional and Truck Series, Xfinity Series, and Cup series. In July 2015 he made his ARCA Racing Series debut at the #ThisIsMySpeedway at Iowa Speedway. His NASCAR debut in the Camping World Truck series was where he drove the No.29 Ford F-150 for Brad Keselowski Racing at Martinsville.

He was also seen competing at K&N Pro Series East Events, Dover International Speedway, Virginia International Raceway. Watkins Glen International, Kentucky Speedway, Canadian Tire Motorsport Park, and other matches. In August 2017 he played for Team Penske’s No. 22 car for the Xfinity Series race at Road America. He was seen competing at Roush Fenway Racing, Watkins Glen, Mid Ohio, Homestead, Kentucky Speedway, Texas Motor Speedway, and other races. In 2021 he lost the lead and championship in turn 3 to Daniel Hemric on the last lap of Phoenix. From 2019 to 2022 he competed in the Cup series. He was seen at Monster Energy NASCAR Cup Series 2019 Folds of Honor QuikTrip 500, Wood Brothers Racing, Bank of America Roval 400, Roush Fenway Racing, and Daytona 500.

Austin Cindric has earned a lot from his racing competitions. As an auto racing driver, he earns by winning competitions. According to sources his net worth has been estimated at around $1.1million. He also earns from his sponsorship like MoneyLion, Menards, PPG, Snap-on, LTi, Ford Mustang, and other sponsors as well.