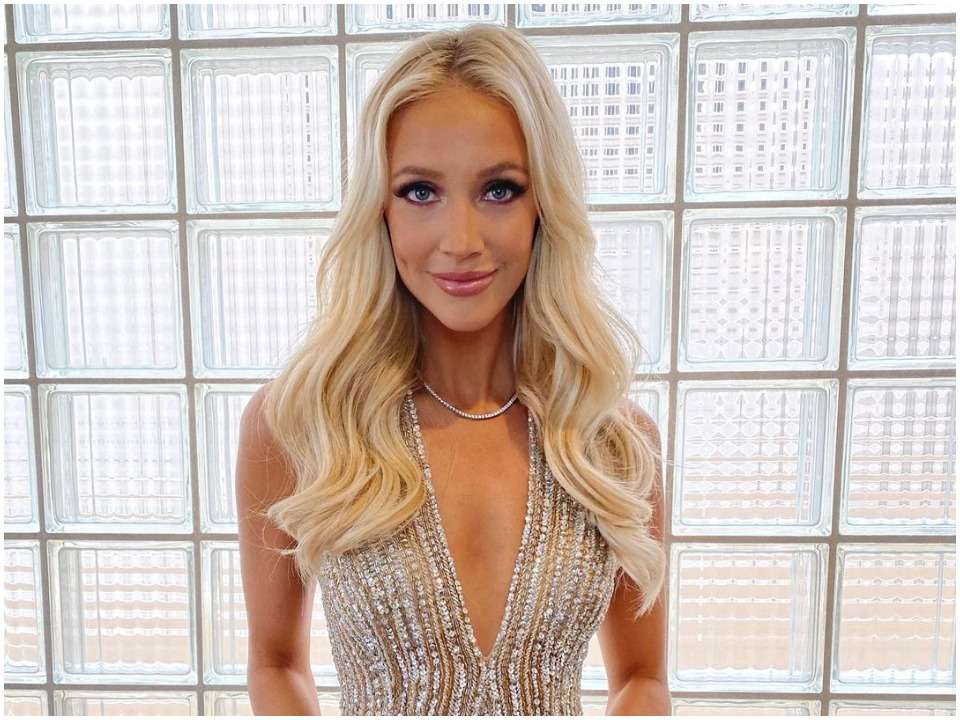 Ashley Brewer is a sports anchor or reporter who works for ESPN. Previously, she was hired as one of the hosts on Quibi and as a part of the rotation of SportsCenter. In 2021, she was hired as the co-host on SportsNation- TV Program on ESPN.

Ashley Brewer was born on 13th December 1991 and was brought up in Phoenix, Arizona. She attained her education from Chaparral High School in Phoenix. She was also honed with the 2009 Arizona 4A state champion in the 100m backstrokes. Ashley helped her school to break the record of the state titles and gained the name of the school’s 2010 female athlete of the year award. She was brought up with her older brother named Charles Brewer who was a right-hand pitcher for Arizona Diamondbacks. Connor, her younger brother is into sports who is playing as a quarterback for the University of Virginia. She is also having a younger sister who plays sand volleyball at USC. Her mother Deborah Pyburn Brewer was a news anchor for CBS station who worked there in the Phoenix for almost 10 years.

Ashley spent the first two years of her career while swimming for the University of Texas. Later, she got herself transferred to the University of Southern California where she did her graduation and received a degree in 2014. During her time in Texas, she participated in the US Olympics trials 2012 for the 100m Backstroke. After she completed her graduation from USC, Brewer became a college football sideline reporter for Cox 7 Arizona. Later, she started anchoring weekend sports at KGUN-TV in Tucson, Arizona.

She began reporting and anchoring weekend sports at KABC-TV in Los Angeles where she continued to be an intern while pursuing her college. Thereafter, she was hired by ESPN in 2020. She first began her career with SportsCenter on 28th September 2020. She was also hired for pre-and post-game shows where she co-hosted ESPN radio shows. Previous to ESPN, she was part of the broadcast team on the show “The Bachelor Winter Games”. On 17th August 2021, Brewer was sent back to Los Angeles where she now anchors the edition of SportsCenter at 1:00 am ET.

Ashley Brewer is a charming personality who has attracted lots of fans due to her television appearances and the way she co-hosts. Her work has naturally made people think about who is her boyfriend or whom she is dating. People want to know about her personal life after watching her on various shows. Let us tell you that Brewer is still single. She has not been involved in any rumored controversy before. However, she was once rumored to be dating an ice hockey defenceman named Hampus Lindholm. In 2019, Brewer posted a picture of her along with Hampus while being together at the Hotel Santa Caterina, Amalfi.

She wrote the caption “Best Summer Yet” with the heart emoji. Also, Hampus Lindholm was seen complementing Brewer on her 28th birthday on 13th December but since then all are quiet about their relationship and the couple has not been seen together on social media platforms. Once in 2018, Brewer made her reference to her ex-boyfriend on Twitter but again she kept the things under wrap and didn’t disclose any information related to him. It seems that she is focusing on her TV career rather than anything else.

Ashley Brewer is a well-famous reporter and sports anchor who has earned a lot of fame due to her profession. She seems to have heavy pockets because of her professional hosting career. Brewer is estimated to earn a net worth of around $1.5 million. Whatever she earns is supposed to come from her anchoring work.