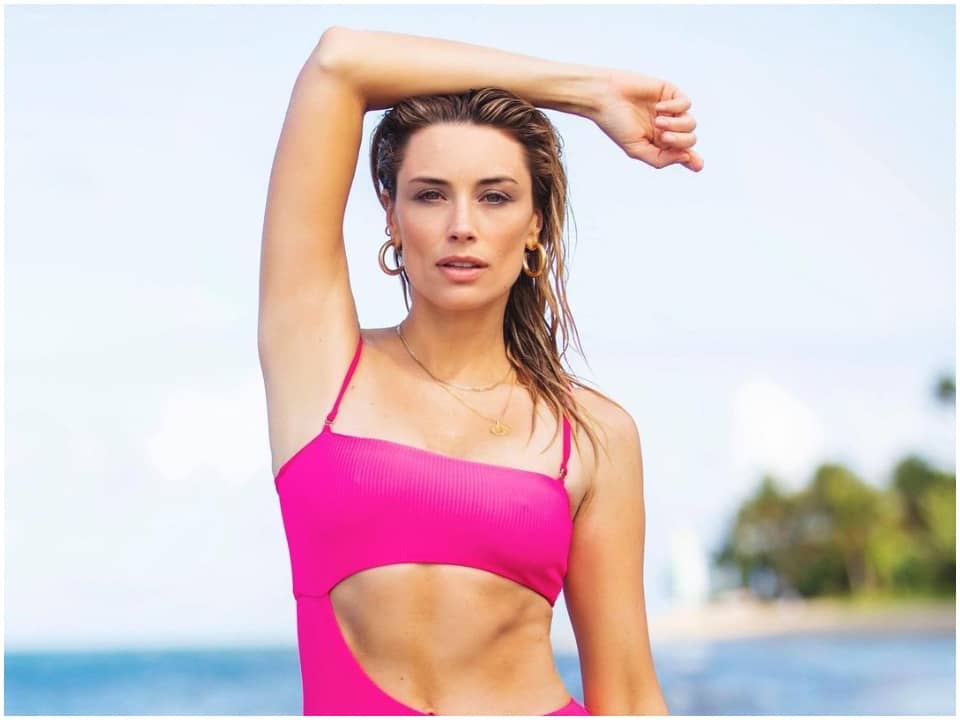 Arielle Vandenberg is an actress and model from the United States. She has starred in a number of TV shows and films, as well as commercials for major brands such as Mercedes-Benz. She even appeared in Arctic Monkeys’ song video. Her appearance is unremarkable, but her high cheekbones, large lips, and long hair can turn heads. She’s collaborated on many videos with her buddy and comedian Matt Cutshall, which she’s shared online.

Arielle Vandenberg was born in Los Angeles County, California on September 27, 1986 to Dirk and DeEtte Vandenberg. She is the only child of her parents and is of Dutch, English, Italian, and Irish origin. Arielle Vandenberg grew up and attended Fallbrook Union High School in Fallbrook, California. She was a gifted child who began studying ballet, tap dancing, and jazz at the age of five. She became active and performed in community theatre as she grew older. Her small physique, prominent cheekbones, long hair, and large lips give her a distinct personality.

Arielle began her career in the entertainment industry as a stunning girl in the TV movie ‘She Said/He Said’ in 2006 when she was 20 years old. She also starred in the seventh season of ‘CSI: Crime Scene Investigation,’ as well as ‘Built to Kill,’ in the same year. Her early appearances were well accepted, and she later had a cameo appearance as London Sheraton in the first two seasons of ‘Meet the Browns,’ which earned great reviews. She also played Lisa Lawson in a regular guest role on ‘Geek.’ She starred in the music video for Arctic Monkeys’ single “RU Mine” in 2013.

Though television is still her primary source of income, she has also acted in films such as “Epic Movie” and “The Ugly Truth” in non-speaking roles. ‘The Golden Age’ (2012), ‘Bad Roomies’ (2015), ‘Nerve’ (2016), and ‘Airplane Mode’ are among her other features (2017). She has promoted various products and starred in television ads for Mercedes Benz and State Farm Insurance, in addition to entertainment. Vandenberg is active on social media, and previous to Vine’s collapse in 2017, he had a sizable following. With her wit and comedy, she earned a reputation for herself here.

She began filming movies with her friends for pleasure and soon realized her potential as an online comedian. Arielle has collaborated with her friend and comedian Matt Cutshall on several projects, all of which are available on YouTube. She has walked the red carpet at numerous Hollywood events, including the VMAs, and is a force to be reckoned with.

In 2015, Arielle Vandenberg dated actor Will Arnett for a while. She also dated Chris Masterson and Alex Turner, both actors. In 2017, she started dating Vine star Matt Cutshall, and the two got engaged in September of this year.

Her laid-back, yet smart, demeanor drew a wide following, and she became an overnight phenomenon. The actress’s sense of humor and presence of mind, both on and off-screen, is particularly captivating. These characteristics have helped her gain notoriety and a large following on social media. Even though she has walked the red carpet in Hollywood, her social media fame is more influential than her name as a model or actor. She has fully realized the possibilities of social media and has used it to grow a fan base. Acting and modeling are her primary sources of income. Her net worth is reported to be over $2 million.