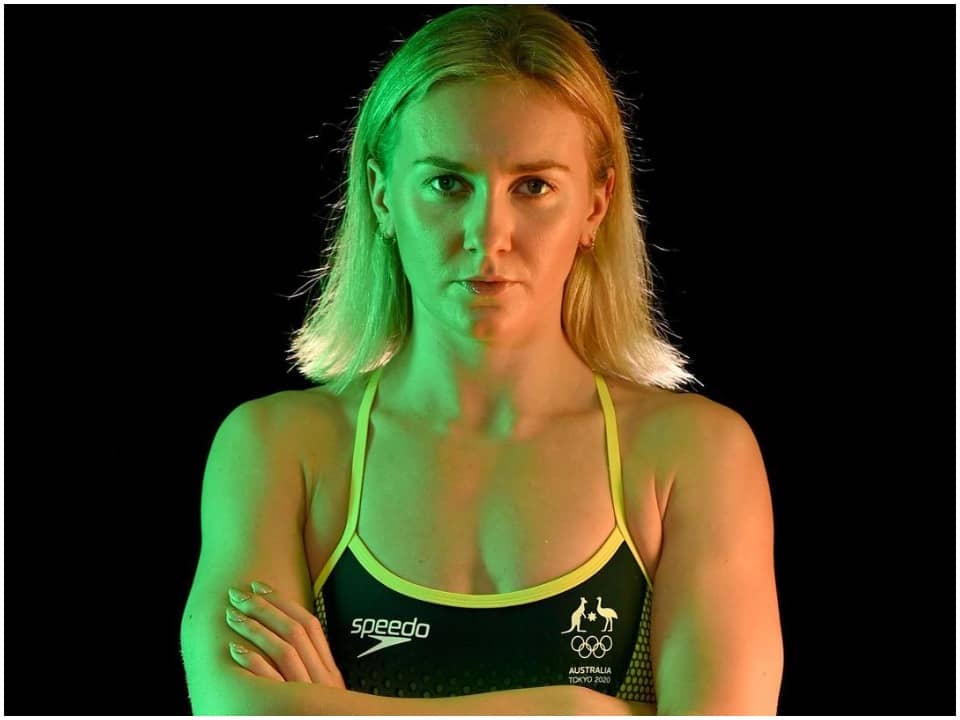 Ariarne Titmus is a young and hardworking Australian Swimmer. She is currently representing Cali Condors which is part of the International Swimming League and is being coached by Dean Boxall. She won many gold medals in competitions like the Olympic games World Championship, Pan Pacific Championship, and Commonwealth. Her swimming style is Freestyle for distances like 200m, 400m, 4x50m, and 800 m.

Ariarne was born on 7th September 2000 in Launceston, Tasmania, Australia. The names of the parents are Steve Titmus and Robyn Titmus and also have a cute little sister named Mia. At a young age, she used to be involved in playing various sports with her family. Her family has also been very supportive of her career. Ariarne went to St. Patrick’s College and showed active participation as a swimmer. She later went to St. Peters Lutheran College for her higher education. Recently she visited St. Peters Lutheran College to show her medals. She used to swim for her school/ college team in competitions.

Ariarne began her career in the field of swimming. She used to swim in her school/ college and won many matches. In 2018 she was seen in Commonwealth Games and FINA World Swimming Championships. Next Year she was selected at World Aquatics Championship in Gwangju, South Korea, and International Swimming League in Las Vegas, Nevada. In 2021 she was seen competing at the 2020 Summer Olympics in Tokyo. The matches were postponed due to the covid 19 pandemic in 2020. She scored a time of 3:56.69 in the 400 metres freestyle final. With outstanding performance, she edged out American swimmer Katie Ledecky by less than a stroke and won a gold medal for Australia.

Ariarne is currently single and she hasn’t shared details about her past or current relationships. By looking at her social media she has posted a lot of content about her swimming matches and less about her male friends. She enjoys spending her quality time with her family and friend.

Ariarne is a professional swimmer and has won many gold medals. She has earned a lot from her prize money. According to sources, the details about her net worth have been kept private and away from the limelight. She also earns from endorsing brands like Speedo, Nike, Bridgestone Australia, and Harvey Norman Australia. Some other source is from attending various events as a guest.

Ariarne is a professional swimmer and is representing her country, Australia. She has won many medals for herself and the country. With her hard work and dedication, she also broke the record of an American swimmer named Katie Ledecky. She is blessed with a supportive family but has kept details about her personal life private and away from the limelight. We wish her the Best of luck in competing in the 2020 Olympic Games and upcoming matches.