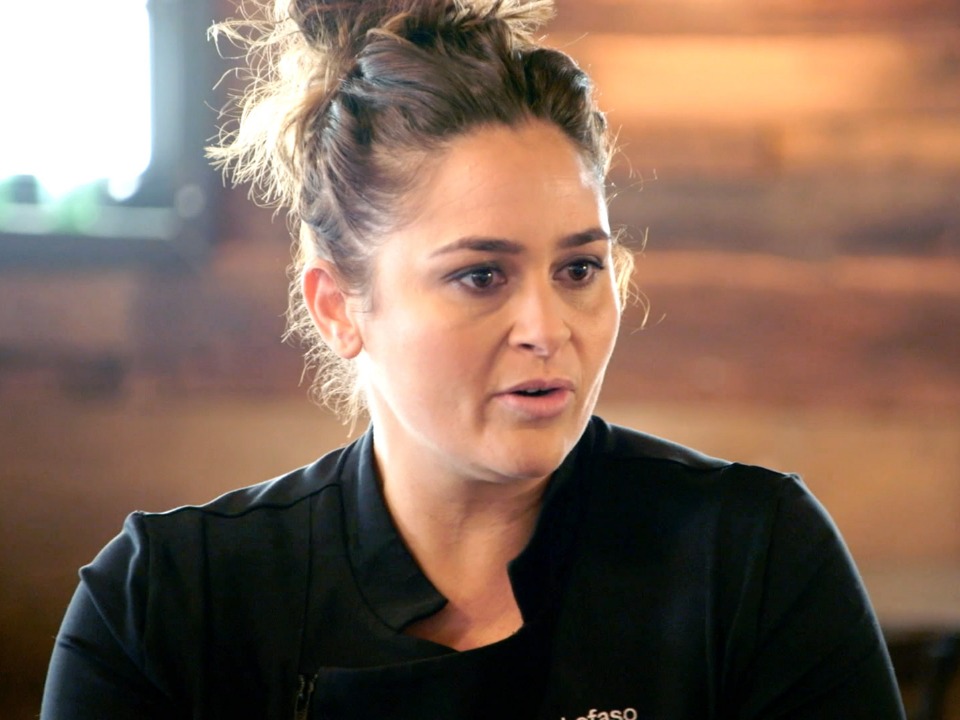 Antonia Lofaso also goes by the name Antonia Marie Lofaso is an American chef who is famous for her reality show appearances like Top chef, chopped and restaurant Start-up. She successfully owns several restaurants and bars in California.

Antonia was born on 23rd November 1976 in New York City, USA. She has Italian and Jewish roots and is of mixed ethnicity. She follows Christianity. There is no information available about her parent but it is known that she grew up with her brother Dominick Lofaso. Currently, she is 44 years old. Antonia hasn’t revealed much about her education and background but it is believed that she completed her high school education in New York City itself where she grew up. She was always enthusiastic about cooking and later chose to pursue it as a career. She attended the French culinary institute in New York.

Antonia started her career working as a manager at Sean combo’s restaurant while she was studying at the French culinary institute. Later she went on to work in Spago and Foxtail restaurants in Los Angeles. In 2008, she appeared as a contestant on season 4 of Top chef and rose to fame as she stood in 4th place in the competition. She again appeared in Top chef: all stars in 2010 and won the 3r place. Later in 2014, on Top chef; Duels, she had a duel with Mike Isabella who had earlier beaten her on Top chef: all-stars and won. The top chef franchises gave her huge popularity and fame. Meanwhile, in 2012, she appeared on the show Beat the chefs as one of the three professional chefs against whom amateur chefs had to compete but the show was short-lived.

From the year 2013, she started appearing as a judge on the show cutthroat kitchen and in 2015 -16, she served as the restaurant advisor for seasons 2 and 3 of CNBC show Restaurant startup. Apart from reality tv shows, Antonia has built herself a successful restaurant career.in 2011, she partnered with Sal Aurora and Mario Guddemi to start the black market liquor bar in New York. Later in 2013, inspired by her Italian-American heritage she started the Scopa- Italian roots restaurant. She brought her mix of flavors from New York mixed with Italy to Los Angeles. Her restaurants have achieved high success and customer as well as critique response.

In 2012, Antonia decided to write a cookbook for which she partnered with Penguin publishing. She wrote the book “The busy mom’s cookbook: 100 recipes for quick delicious, home-cooked meals.” She tried to reflect on her busy life as a single mother through the book. Recently in 2020, Antonia appeared on Selena Gomez’s cooking show which airs with the name- Selena + chef. She currently owns four restaurants- Black market liquor bar, Scopa Italian roots, DAMA, The local peasant pub and also owns a catering service under the name Antonia Lofaso Catering. She is also currently appearing in season 2 of the show Tournament of champions hosted by Guy Fieri.

Antonia was in a long-term relationship with recording artist and rapper Heavy D also known as Dwight Myers. The couple gave birth to a daughter in 2000. Their daughter, Xea Myers is currently 18 years old. Antonia and Dwight never got married but stayed in a relationship even after giving birth to Xea. Although before they could take forward their plans of marriage, Dwight died in 2011 due to pneumonia. She went through a hard time after his death. A few years later her parents passed away too. Since then, Antonia hasn’t been involved in any relationships or dating. She is currently living in Los Angeles as a single mother to her daughter Xea.

Antonia has earned a name among the top chefs of the country over the years working as a fabulous chef and as the owner of various famous restaurants. She also has been appearing on various reality shows. These have been the source for the majority of her income. She earns handsomely as a chef and her net worth as of 2021 is estimated to be around $1.5million.