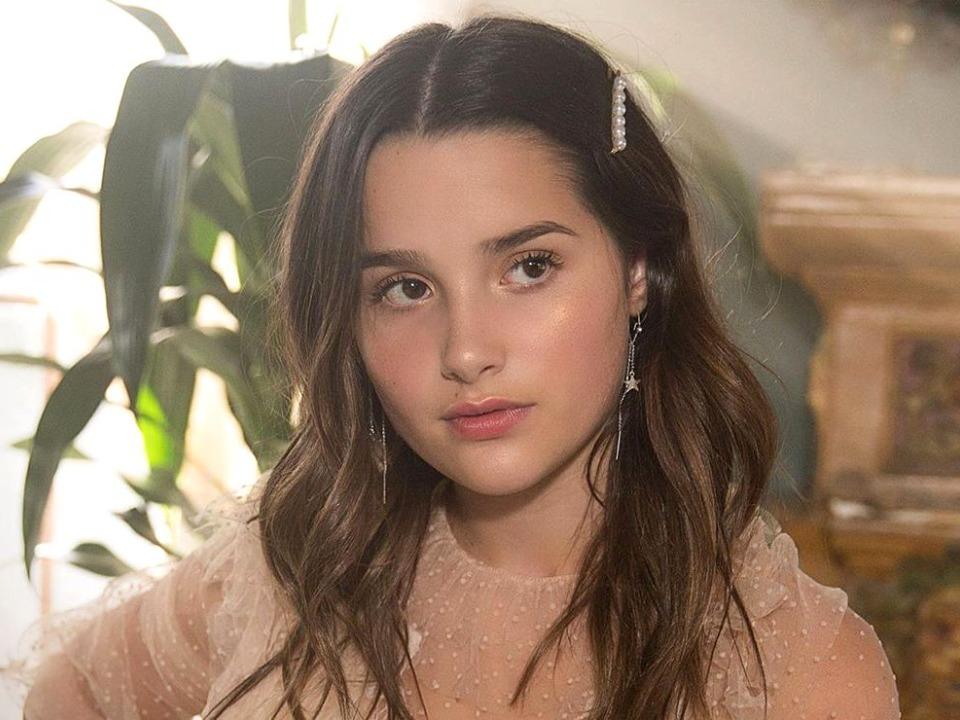 Julianna Grace “Annie” LeBlanc is an American YouTuber, actress, singer, and gymnast. She is known as one of the most famous teenagers in the world. Annie acts as Rhyme in the family drama Chicken Girls on Brat which is aired on YouTube. She also appears in Bratayley family vlog and has her own YouTube channel where she posts videos of her lifestyle, songs, and funny content. Annie LeBlanc was born as Julianna Grace Annie LeBlanc on December 5, 2004, in Augusta, Georgia, the United States to parents Billy and Katie LeBlanc. She has two siblings, Hayley LeBlanc who is also an actress, and Caleb, who died from a heart condition in 2015. As Annie started working from a young age, she has been home-schooled.

Annie started off her career by training for gymnastics when she was only two years old. Her parents used to frequently upload videos of Annie doing gymnastics which was initially only for family members but soon her videos reached a larger audience. After making it to level nine she stopped the sport in 2017. LeBlanc was seen in the lead role for We Are Savvy, a YouTube Red Original series in 2016, and in 2017 she was starred in Chicken Girls, the family drama on Brat aired on YouTube. The following year, she did a cover with Hayden Summerall for Little Do You Know by Alex & Sierra, which was all over the internet. In November 2017 she also released her first original single Ordinary Girl.

Subsequently, she released Little Things in February 2018, a pop-country album Lollipop in May 2018, her single Picture This with Austin Brown, and before the end of the year in December 2018, she released It’s Gonna Snow. In 2018, Annie appeared on the sequel of Chicken Girls and it was also announced that there will be a feature film of Chicken Girls: The Movie. She was also seen on season three and season four of the series which premiered in September 2018 and March 2019 respectively. LeBlanc in 2020 was the cast in the upcoming comedy series, Side Hustle, and was also seen in a virtually produced talk show Group Chat by Nickelodeon.

Recently Annie was in talks to be in a relationship with Asher Angel. The couple met for the first-time during a photoshoot for the video Chemistry. They became friends and soon came into a relationship. They two have been seen in each other’s music videos. Asher also has written a song for Annie named One Thought Away. As of 2020, both of them have parted ways. Before Asher, Annie was seeing Hayden Summerall. Their breakup caused havoc on social media.

Annie LeBlanc’s net worth is estimated to be around $500 thousand as of now. Her primary source of income is from being a professional child actor, singer, and social media personality. Apart from his she also runs and regularly vlogs on YouTube. She has also been spotted promoting many brands. Annie being a young actress and singer has a long way to go and we wish her all the best for her future endeavors.