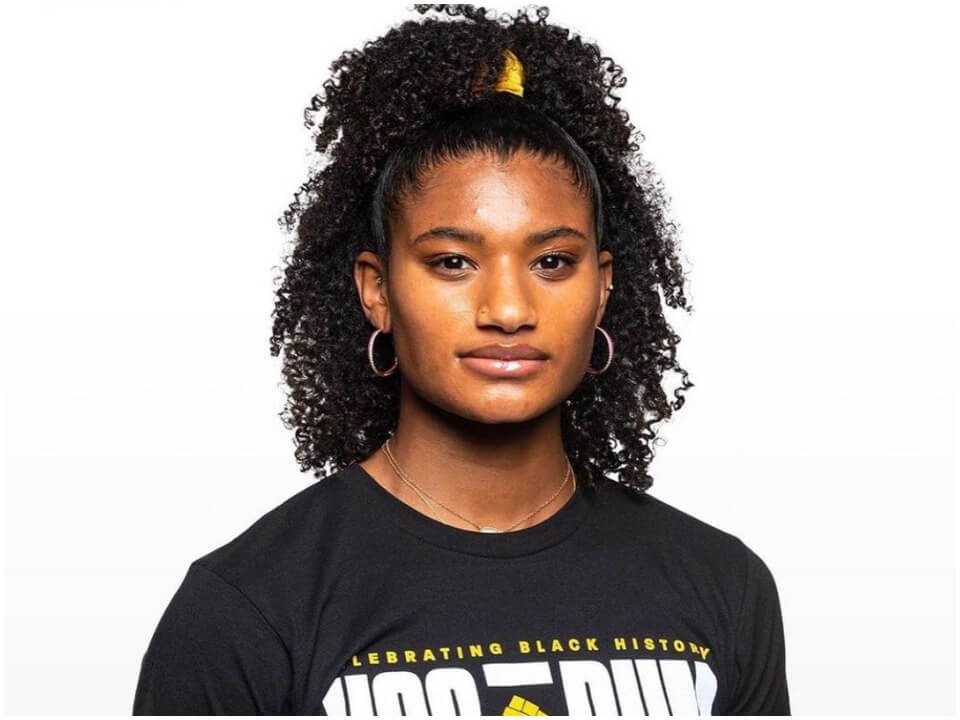 Anna Cockrell is an American Track and Field Sprinter and Hurdler. The name of her college team is USC Trojans which is the University of Southern California team. In 2021 she received Honda Sports Award for Track and Field and the Pac-12 Tom Hansen Conference Medal of the Year. She is the founder and a leading member of the United Black Student-Athlete Association at the University of Southern California.

Anna was born on 28th August 1997 in San Ramon, California. The names of her parents are Keith and Serena Cockrell. She also has a sibling whose names are Ciera who is a Volleyball player at Davidson College and Ross Cockrell who plays National Football League for Tampa Bay Buccaneers.

Anna has completed her high school education at Providence Day School in Charlotte, North Carolina. For her higher and further studies, she went to the University of Southern California. Over there she remained an active player and participated very enthusiastically in Track and Field events.

In 2019 she won NCAA 400m Hurdles title with a time of 55.23. She was ranked 6th in 400m hurdles at the USATF Championship with a time of 56.14.  Along with that, she was also seen in other competitions like Pac-12 and more. She was joined on the 2020 CoSIDA Academic All-America team by teammate TeeTee Terry. She was seen competing with Dalilah Muhammad and Sydney McLaughlin in 400m. With her hard work, she made it to the finals of 400m hurdles.

Anna is in a relationship with Parker Sims, according to the sources. The details about her past relationship have been kept private and away from the limelight. Her current boyfriend is known to be a gym trainer and owner of Juice County Apparel which is an online shopping site. The couple is believed to be together for more than 2 years.

Anna has earned a lot in her career by participating in games as a track and field sprinter. The details about her net worth have been kept private and away from the media. She earns by winning the competitions. Some other sources of her income are from attending events and sponsorship.