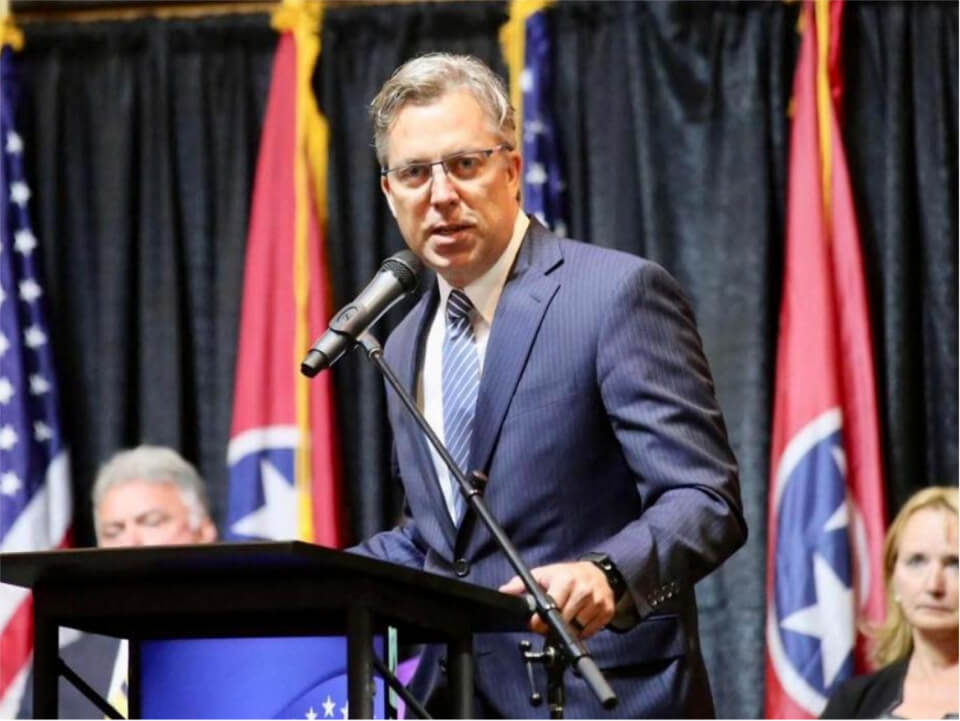 Andy Ogles is currently holding the position of Maury County Mayor and was formerly the director of Americans for Prosperity’s Tennessee state chapter for five years from 2013 to 2018. According to Ballotpedia, he has been involved in the state politics of Tennessee and national politics for around 13 years. It is said that Andy will win the Republican nomination in Tennessee’s 5th Congressional District, as per CNN’s report for the August 2022 elections.

Andy Ogles was born in 1971 and he is a native of Williamson and Maury county with his family roots belonging to Tennessee dating back to the founding of the state. Andy went to MTSU-Middle Tennessee State University where he studied political science and earned his bachelor’s degree. He is having a successful political career and hands in different professional lines like entrepreneurship, along with a few years of considerable experience in the non-profit sector. Andrew also studied at Vanderbilt University and the Tuck School of Business at Dartmouth. Andrew was brought up in Tennessee and received his primary or basic education from Franklin High School in 1990.

In 2002, Andy ran as a Republican candidate for the position of Tennessee’s 4th congressional district. He held the position of president and owner at eNet Media in 2003 and stretched his positions until 2010. In 2011, Andy gave his contribution to a non-profit organization and was hired as COO for a Nashville, Tenn.-based 501(c)(3) nonprofit organization called Abolition International. The name has now been changed to “Hope for Justice”. According to Hope for Justice’s website, the mission of the company is to bring an end to “sex trafficking & exploitation” with the help of mediums like education, empowerment, and quality restorative care. Ogles entered the national political scene in 2012 when he joined hands with NEWT 2012 and was hired with the position of National Deputy Director from 2012 to 2013.

That same year, he became the executive director for TN PAC- a political action committee. Ogles was hired as the director of Americans for Prosperity-Tennessee in July 2013, where he held the major responsibilities of spokesperson, executive director, and chief lobbyist. He also joined AFP-Tennessee, where he looked after the oversee projects in the line of advocacy and handled the responsibilities of taking care of the group’s campaign for the release of the 2014 Federal Legislative Scorecard and stopping Governor Haslam’s Insure Tennessee program. Andy has also published his op-ed in The Hill, where he has discussed the alternatives to gas taxes.

Andy is a happily living married man, living with his small extended family of five members including him. He has a wife named Monica with whom he is living on a farm in Culleoka with their three children, Adley, Drew, and Isaac.

Andy Ogles is surely earning well because of his 13-year-long political career. It is known that his campaign for the 5th district Congressional seat of Tennessee is being supported and backed by super political action committees including the USA Freedom Fund and Americans for Prosperity. For the moment, Andy Ogles’ estimated net worth is somewhere around $5 million.