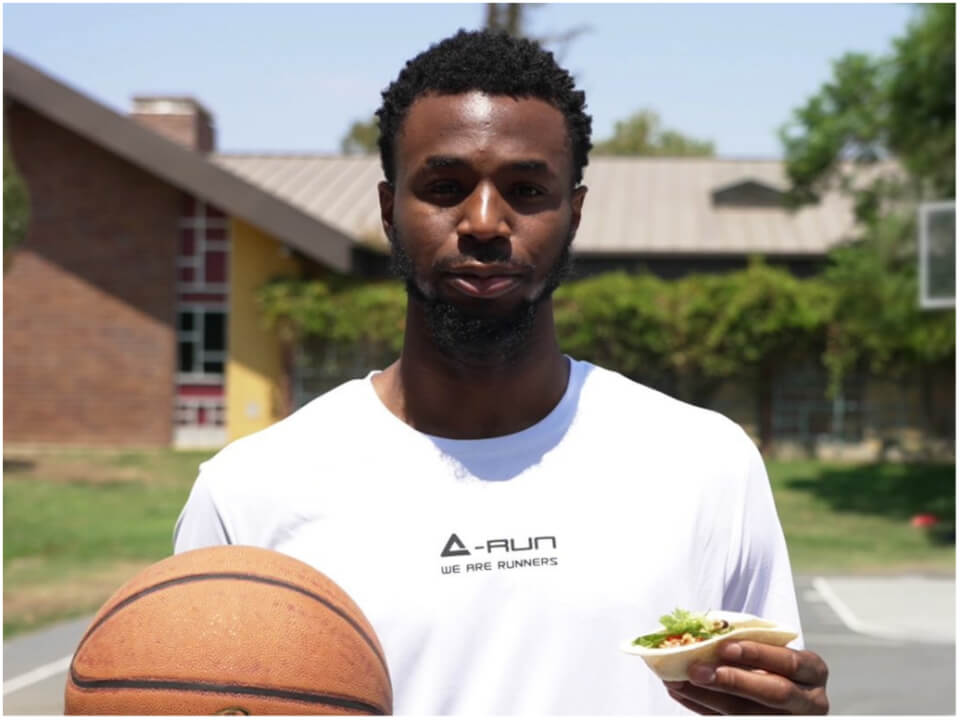 Andrew Wiggins is a Canadian personality who is a basketball player by profession and is committed to playing for the Golden State Warriors of the National Basketball Association (NBA) during the NBA Draft 2014, he was selected by the Cleveland Cavaliers in the overall first pick. He is being selected for his first NBA All-Star game in 2022 and earned the honor of a Western Conference starter.

Andrew Wiggins was born on23rd February 1995 in Toronto, Ontario, and was brought up along with his two older brothers and three sisters, making him one among the six children born to his parents. His middle brother’s name is Nick, and he has played college basketball games at Vincennes University, Wabash Valley College, and Wichita State University. His oldest brother’s name is Mitchell Jr., who is committed to playing at Hillsborough Community College and Southeastern University. Andrew went to the elementary school at Glen Shields Public School and later received his primary education from Vaughan Secondary School.

He was brought up in the nearby Vaughan portion of Thornhill, Ontario from where he shifted with his family, spent his high school life in the United States, and again got back to an older place in Canada. His father’s name is Mitchell Wiggins, who is a former NBA player and her mother’s name is Marita Payne-Wiggins, who is a Canadian personality, originally from Barbados and has remained a former Olympic track and field sprinter. So, developing his career in physical activities, or games was not one of the shocking news for the whole family.

Cleveland Cavaliers picked him in the NBA draft in 2014 and immediately he showcased his immense talent on the court. The same year after the 23rd of August, a three-team trade was brought involving the Cavaliers, the Minnesota Timberwolves, and the Philadelphia 76ers. Therefore, he was traded to the Wolves. It was on 29th October 2014 when Wiggins first had his NBA debut and he scored six points with an overall score of 105-101 and a season-opening loss against the Memphis Grizzlies. But, during the game, he earned the honor of Rookie of the month in the Western Conference for the first two months of the season.

In February 2020, Wiggins had to be traded to Golden State Warriors in the exchange for other three players named Jacob Evans, D’Angelo Russell, and Omari Spellman. For his debut game with the Golden State Warriors, he scored 24 points, and 5 steals with an overall score of 125–120 and a loss against the Los Angeles Lakers. On 19th March 2021, Wiggins had his career-high 40 points, 8 rebounds, 4 assists, and 4 steals with the overall score of 116–103 and a win against the Memphis Grizzlies. NBA Season 2022 is probably the best so far in his career as he just blew up in every single game and helped his team reach the finals against the Celtics. At present, the Warriors are leading the score with 3-2 and will play a very crucial 6th match tomorrow.

Andrew Wiggins is committed to his long-time partner and girlfriend named Mychal Johnson. Andrew who seems to be flourishing with every event in the NBA, is having two children with his only girlfriend named Mychal M Johnson. The pair has been together and sharing their relationship since the beginning of 2013. Mychal M Johnson is a basketball player for the women’s team and was formerly committed to playing for Notre Dame Fighting Irish women’s basketball, representing the University of Notre Dame. The couple’s first child’s name is Amyah Wiggins, who was born in 2018 and they became parents to another baby girl named Alayah Milan who was born in April 2021.

Andrew Wiggins, who is committed to the NBA and was first drafted by the Cleveland Cavaliers during the first overall pick in the 2014 NBA draft, has been involved with basketball since his college days, making him around 8 years of professional career besides 5-6 years in college or university. According to Celebrity Net Worth, Andrew’s estimated net worth is around $35 million, with an annual salary of $25 million, giving him luxurious facilities throughout his career.