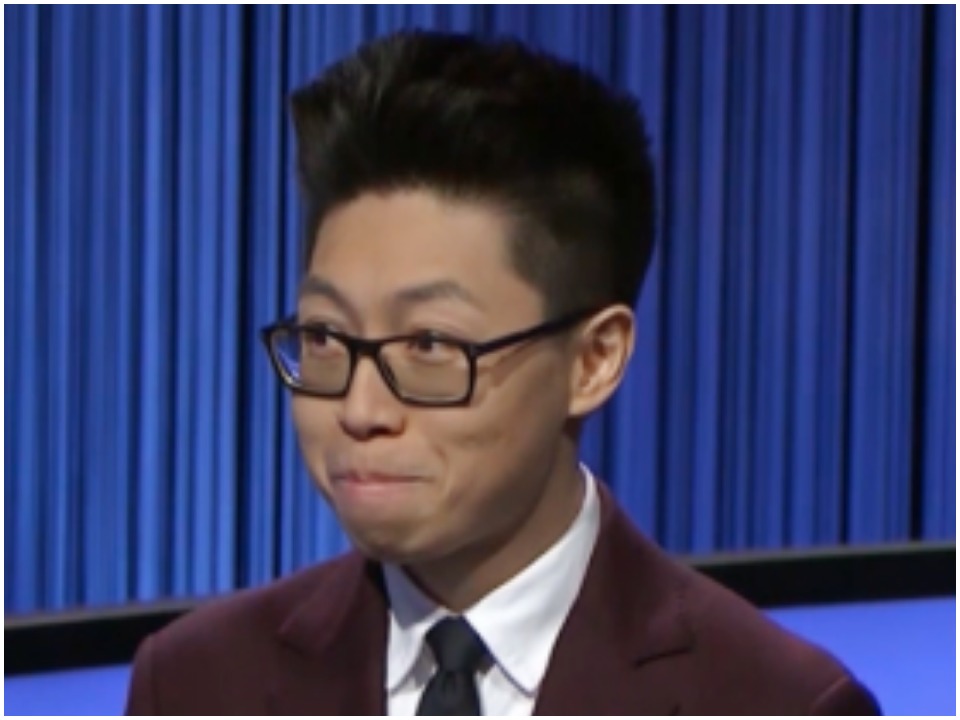 Andrew He is probably one of the most knowledgeable contestants in the Jeopardy of recent times and a software engineer at Impira. He has created a buzz on social media with his four-win streak in the past, but unfortunately, his run came to an end after five wins. With this achievement, he was able to register his name in the 2022 Tournament of Champions and currently playing in the semifinals. We will see him consisting for the Grand Finals of the Jeopardy Tournament of Champions against Mattea Roach and Eric Ahasic in tonight’s episode.

A native of Cupertino, California, Andrew is around 25-30 years old and must have been born in the 1990s. He went to Monta Vista High School where he completed his education and remain there for four years from 2011 to 2015. Later, he went to the Massachusetts Institute of Technology where he attained his degree in B.S. (Math, Computer, and Science). He enrolled for the degree in 2015 and completed his education at the Massachusetts Institute of Technology in 2019.

Till now, he has received two honors namely Distributed Google Code Jam Champion and a silver medal at ACM International Collegiate Programming Competition 2016. Software development and knowledge of C++ and Python language are some of his best-known skills of Andrew that he has posted on his profile.

Andrew appeared as the new contestant on the famous game show Jeopardy and entered the show on 10th November 2021. On the first day, he won the final jeopardy and grabbed a whopping amount of $52,001, and kept adding the winning amount to his name. So far, he is on a winning streak and will try to break the records of previous champions like Matt Amodio and Jonathan Fisher. He registered yet another win to his name on Monday 15th November 2021 and took his total winnings to $137, 502 by adding $30,401 to his previous winnings.

Andrew seems to be unmarried. He completed his education in 2019 from which it can be assumed that he is not married yet. However, Andrew himself has not revealed much detail. He seems to be secretive in terms of expressing his personal life. he didn’t provide any information regarding his parents’ life and whether he owe any past love affair or have any wife or not.

Andrew He Net Worth

Although Andrew has not disclosed such information himself, it seems that he is earning well from his software career. He has been working as a software engineer for a year or two. He has also done a few internships which he mainly continued for more than a month. However, we couldn’t find the exact numbers of his wealth as of yet.