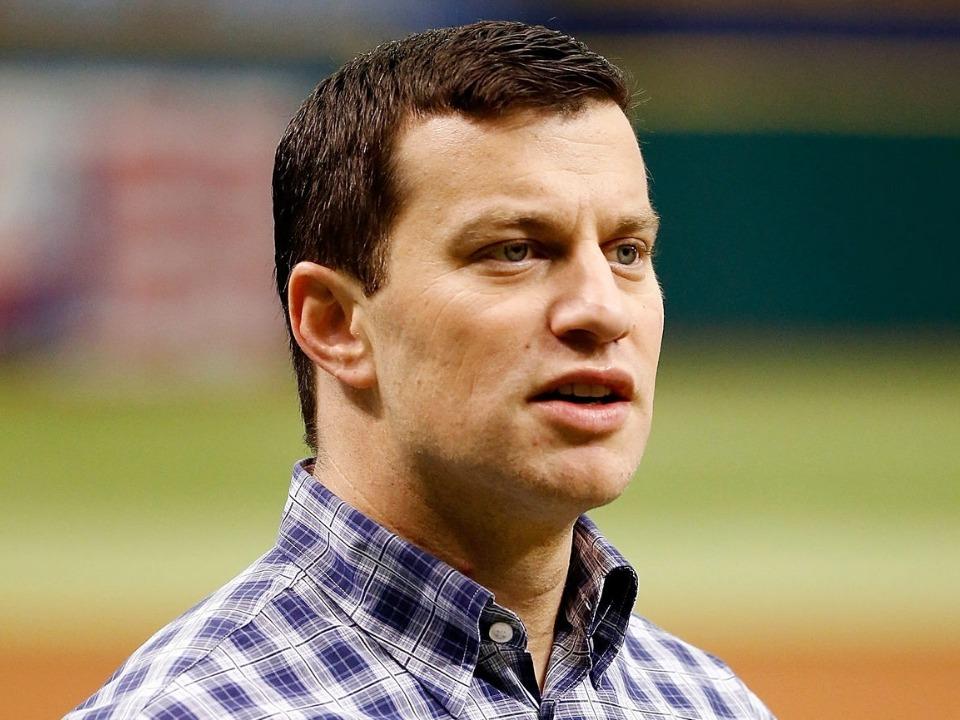 Andrew Friedman is an American baseball executive. Currently, he is the President of Baseball Operations of the Los Angeles Dodgers of Major League Baseball (MLB), an American professional baseball organization; also it is the oldest of the major professional sports leagues in the United States of America and Canada.

Andrew Friedman was born on November 13, 1976, in Houston, Texas, United States of America. He belongs to the Jewish community. His father is J. Kent Friedman and his mother, Barbara. Friedman attended Episcopal High School in Houston and played baseball as a center fielder and leadoff hitter. Later, on a baseball scholarship, he attended Tulane University, where he played in the fall of his first year for the Green Wave team as a center field but was hit by a pitch that broke his left hand.

In the following year, after recovering from that injury, sliding headfirst into third base resulted in the separation of his left shoulder. In 1999, at Tulane’s Freeman School of Business, he earned a Bachelor of Science in Management with a concentration in finance. From 1999 to 2002, he served as an Analyst with Bear Stearns, and then from 2002 to 2004, he was an associate at a private equity firm, Midmark Capital.

In 2003, Andrew met the new owner of the team Tampa Bay Rays, Stuart Sternberg, and they realized their similarity in the ideas they had about the game and wanted to work together. Friedman worked as the Director of Baseball Development for the Rays from 2004-05. At the age of 28, after the 2005 season, he was promoted to the position of Executive Vice President of Baseball Operations and General Manager, replacing Chuck LaMar, the club’s first general manager, who was fired following the club’s eighth losing season in its eight years of presence.

Progressively, Andrew rebuilt the team, and in 2008 it paid off when, for the first time, the Rays made the postseason and played in the World Series. Under his tenure, they also made the playoffs in 2010, 2011, and 2013. It was declared that Andrew had left the Tampa Bay Rays team to become the President of Baseball Operations for the Los Angeles Dodgers. He became the highest-paid front-office executive in baseball by making a contract with the Dodgers reported at $35 million for five years. He was then called “one of the youngest and brightest minds in the game today” by team president and CEO Stan Kasten.

In 2009, Friedman married Robin Hochman and currently, they reside in Pasadena, California. The couple has three children, two sons namely Ethan and Zachary, and a daughter, Sadie. It is believed that they have a beautiful and happy family.

Friedman is very successful in his career and has trained a number of executives and managers through his experience. Presently, he served as the President of Baseball Operations for the Los Angeles Dodgers of Major League Baseball (MLB). According to the reports, his net worth as of 2020 is estimated to be around $10 million.